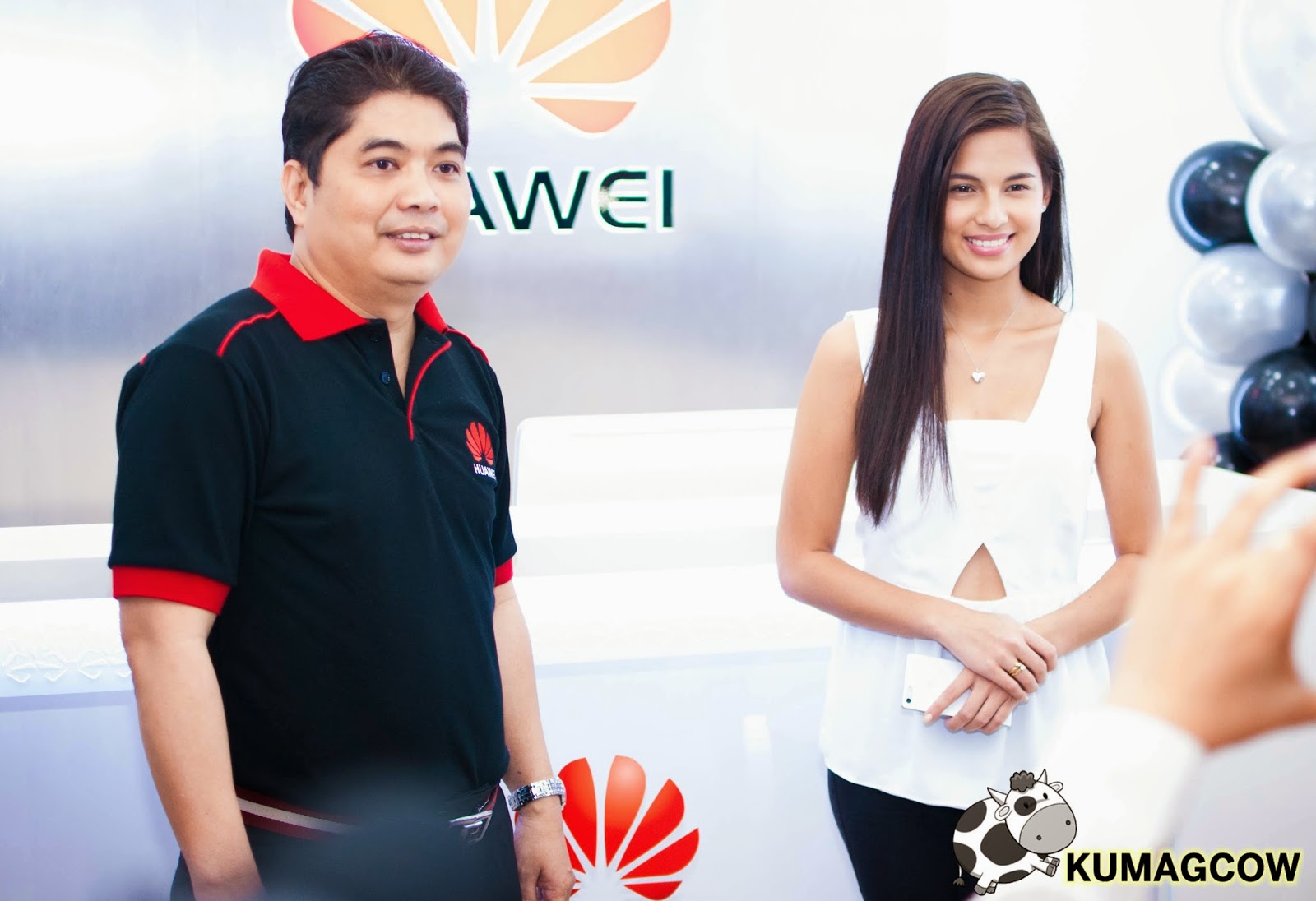 Last Saturday was a little special by phone brand Huawei as they opened their first store in the Philippines at the SM North Edsa Cyberzone in Quezon City. To make the the day even better, they got popular endorser Jasmine Curtis Smith to be their brand ambassador in the Philippines and launched the Huawei Ascend G6 which is their mid range phone alternative to their Huawei Ascend P6. These are android phones so you can fully customize it.

This particular phone has got an eight megapixel rear camera. It also has a five megapixel front camera so for those who LOVE taking selfies, this is the best thing money can buy. The phone can also take wide angle shots so if you want to show your friends how huge a place is, then you need not convince them. Just show them the whole angle.

Mr Charles Wu, Country Manager of Huawei Technologies Philippines says "This is just the beginning of our commitment to consumers in bringing them high quality phones at affordable prices. Watch out for our even bigger, better models soon." That just spells there will be more of these items to watch out for inside their stores. A visit would probably be the best thing to do now that they have a store open in SM North Edsa.

Jasmine says "It's time you get your money's worth when choosing the right mobile device for you. Something that would fit your lifestyle, something that still would have the computing power you need important for day to day activities and without breaking the bank." She totally wants the public to take notice of what value the Huawei Ascend G6 birngs. At around 10K for this powerful phone, it's one of the most affordable quad core devices in the market. They are also expecting the release of an LTE version of this phone later this year. I haven't used it yet but I plan to visit the store in my free time. Or if they choose to lend me a unit later on, maybe I can tell how it performs in my app, usage and video tests. In the meantime, visit their channels below if you want to know more if this is the perfect phone for you. Jasmine already has one, would you not want one too? :)

consumer.huawei.com/en/
Posted by John Bueno at 10:30 AM