Jin Ju-Hyung and Devon Seron for You With Me 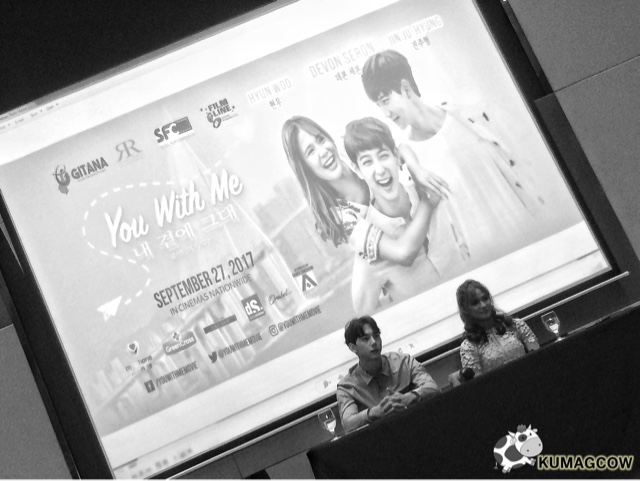 I was so glad to have been able to cover the first press conference of this movie because I got to actually get to know Devon Seron more. They invited me again but this time it was extra special because she's going to be with one of the lead actors Jin Ju-Hyung. The movie You With Me is about a Filipina who seeks freedom from her over protective parents and she chose to do her journey in South Korea to teach English, then meeting Korean stars Kim Hyun Woo and Jin Ju Hyung. I was more familiar with Kim Hyun Woo because I watched that KBS drama The Gentlemen of Wolgyesu Tailor Shop, so knowing Jin Ju-Hyung was going to be here, I got to know him even more other than his appearance in Hwarang: The Poet Warrior Youth that was also shown in the Philippines.

Ju-Hyung said "This opportunity to work in the Philippines is a great thing. We are so blessed yo finally see it materialize. Hopefully this is a start of more things to come. My character is cute here, that's his weapon. As for the story, that's a secret. She is kind and I like her personality, her manners, for sure she is girlfriend material. We are just friends, we are close friends so we talk a lot. Working with Direk Rommel made me relax so I could act easily, I feel comfortable because we understand each other when it's shooting time. It's so different working with Korean directors because it's a bit more difficult. Compared to other Asian actresses I've worked with, it was more comfortable with her. I am interested in working here, if there is a chance to work with other actresses too. We had a lot of meal time together also with Devon and Filipino crew because it felt like family. That is what I want to also have in Korea, if possible. My next KDrama will also be exciting, it's called "Live Up To Your Name"."

Devon Seron explains the concept of the movie and said "You with me is a romantic drama about a family, doing online teaching that got her to South Korea. Ju Hyung is a very serious guy, I open up to him because he can speak English. Hyun Woo is a comedian in real life, so funny, and when we are together we're like a ruckus. To be honest, I got to talk to Ju Hyung a lot more because of that. I am actually nervous about this movie especially now that it's coming out. I was shocked to know that this was an international film, because when I auditioned I initially thought this was an indie film. I learned a lot about acting, I know I have a lot of things to improve. I just learned about it through a friend and got picked even if I gatecrashed this audition. I asked for a favor so I am so thankful. When I auditioned almost the all the auditionees were theater actresses. It was different working with them, their dedication is not normal because they wait there even if it's not their scene. They also set meetings just to read lines, and it's not a thing in the Philippines so for me that is impressive. During the audition I was just being myself, I didn't have to sugarcoat and get emotional sometimes and I get overwhelmed. They did a 4 days shoot here and did it fast, that accounts for 30 percent of the film. I would like to work with more artists, anyone would do." 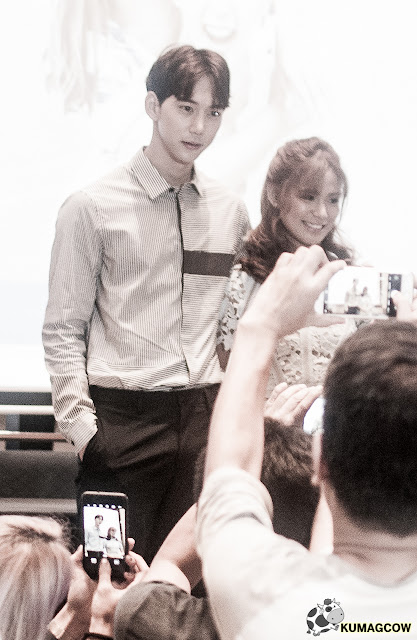 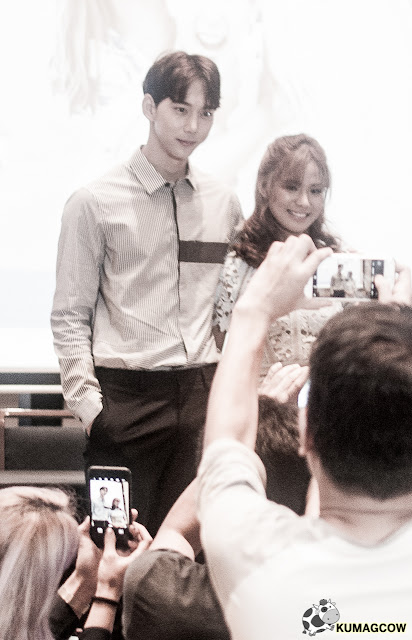 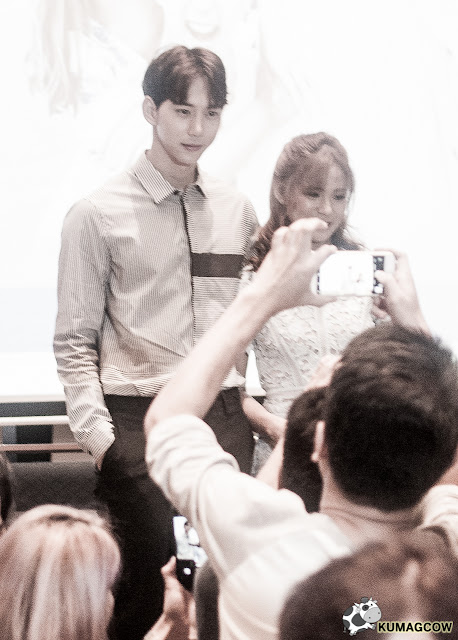 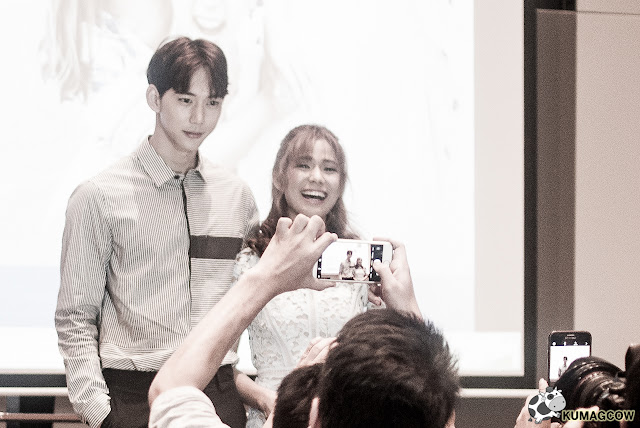 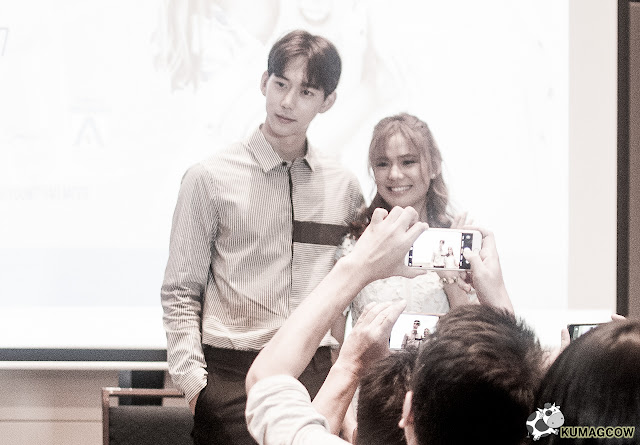 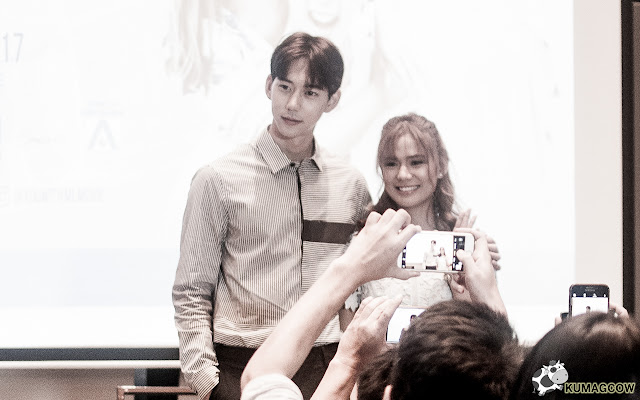 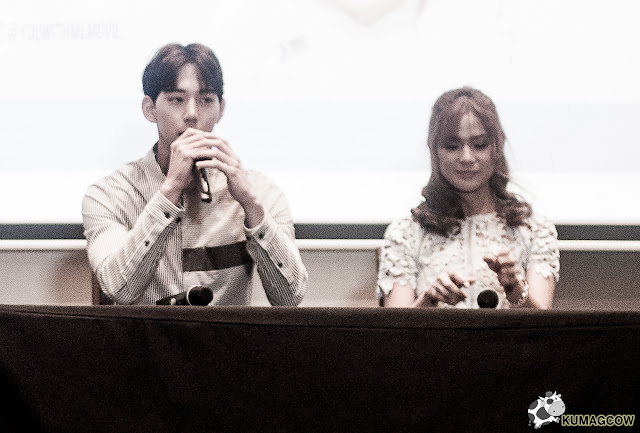 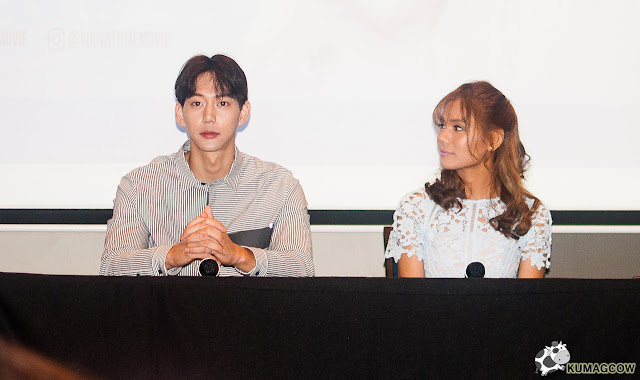 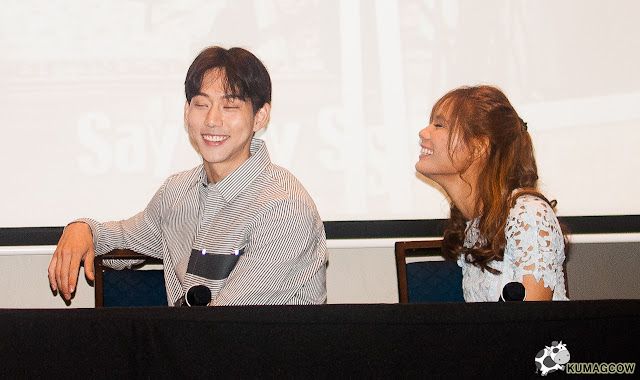 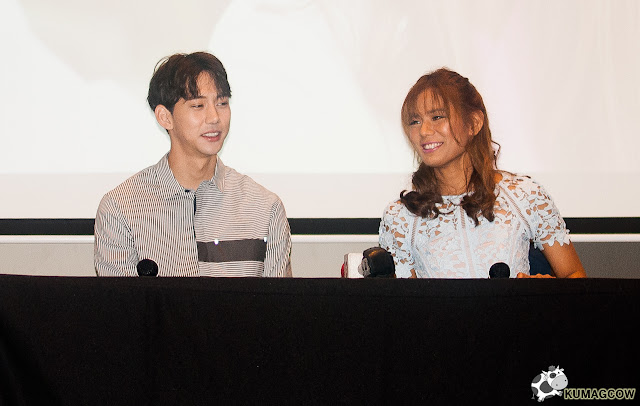 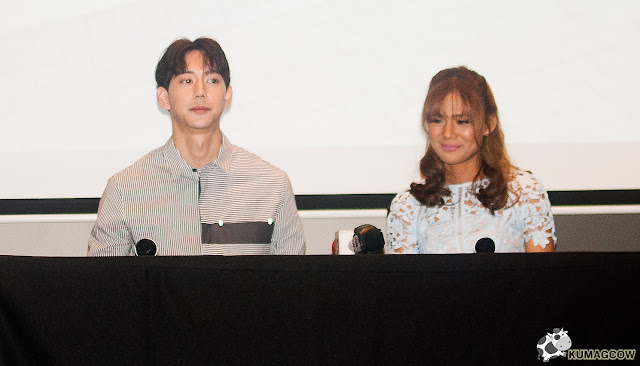 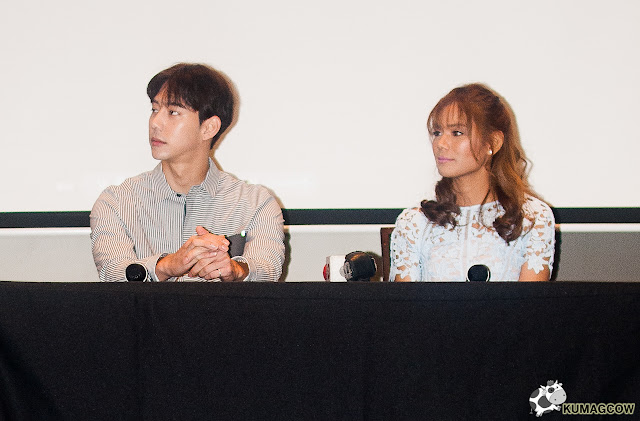 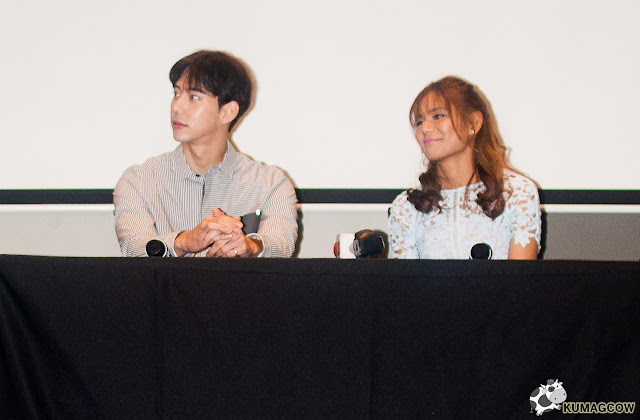 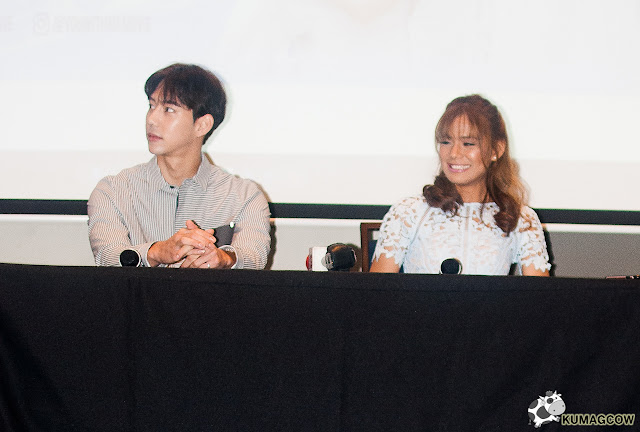 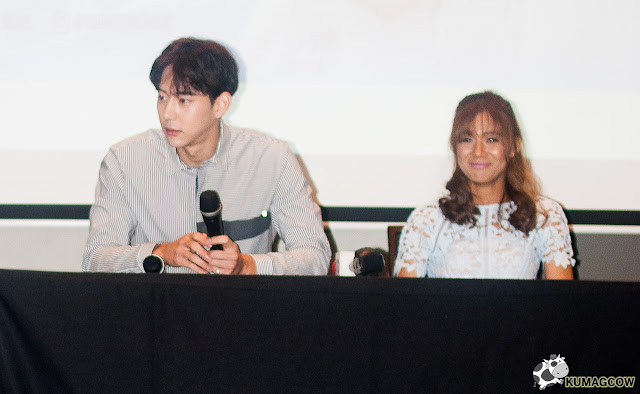 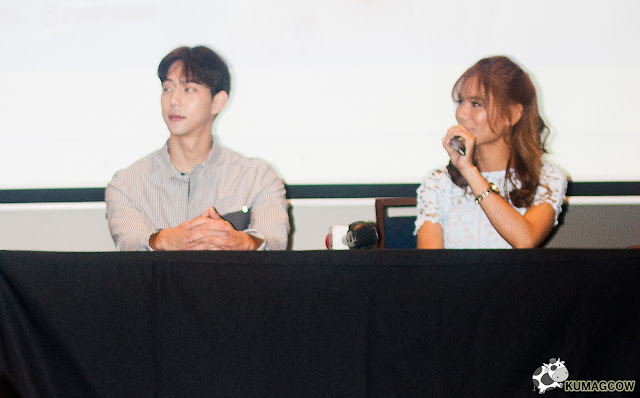 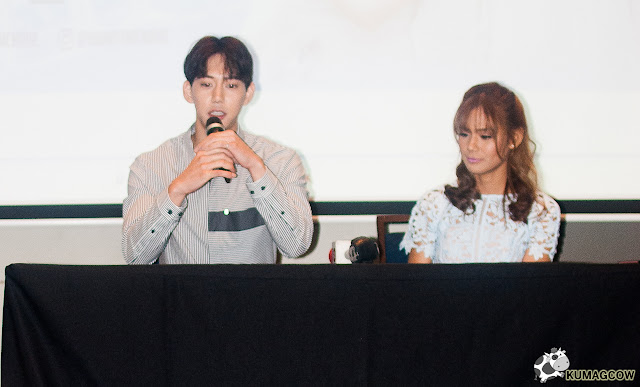 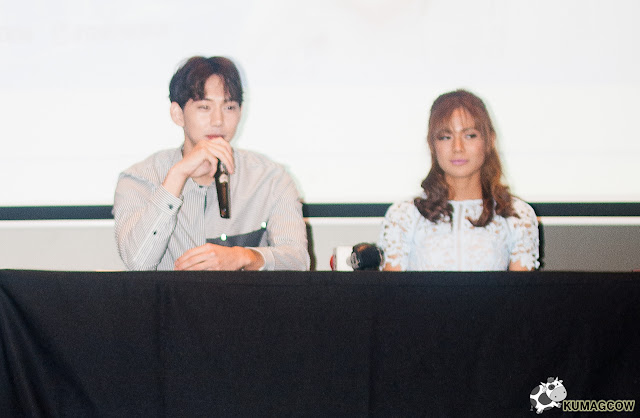 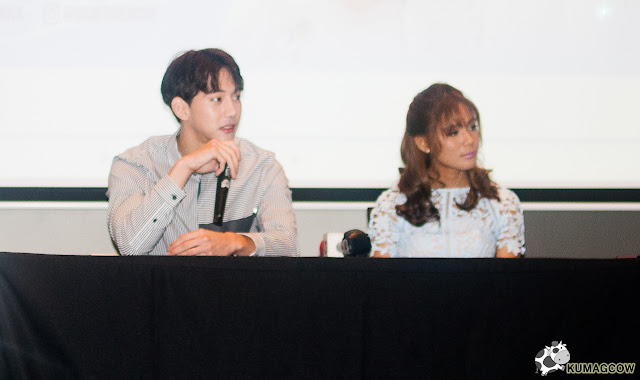 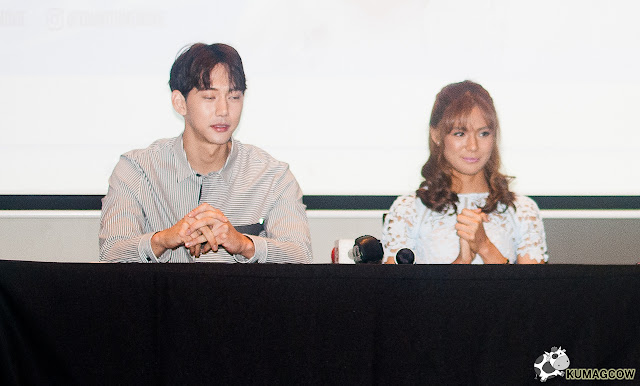 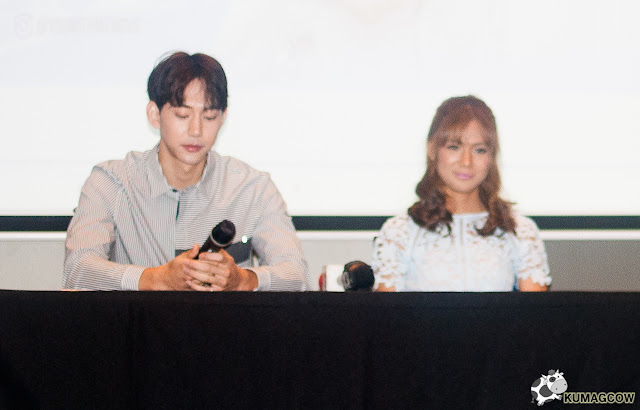 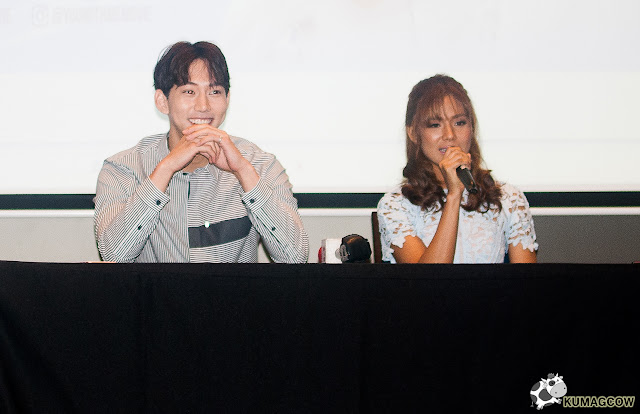 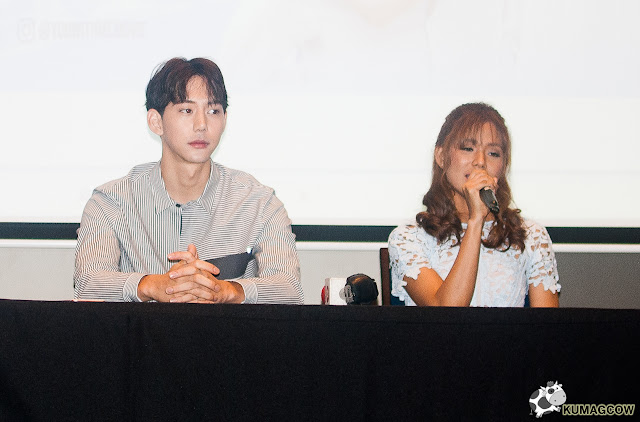 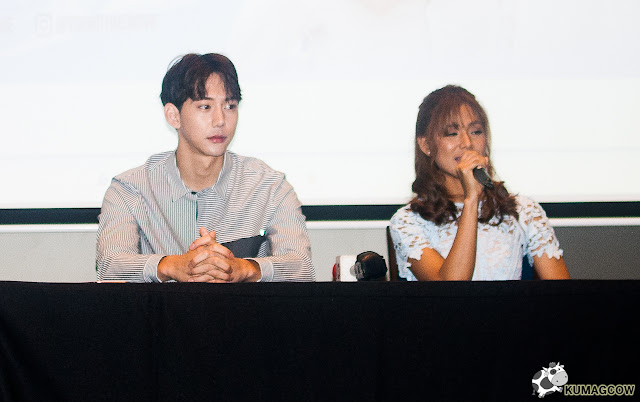 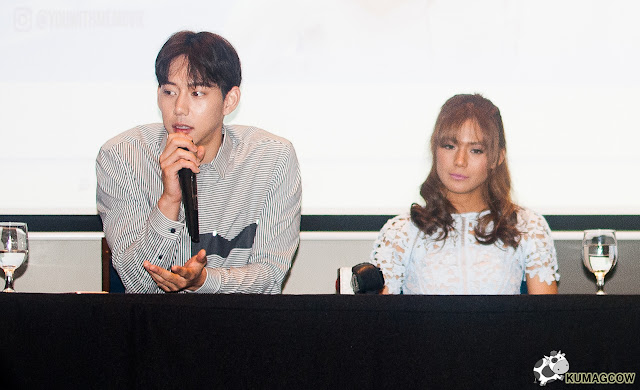 Jin Ju-Hyung was kinda stiff in the beginning and I think he was finding it a bit hard to communicate his emotions to the press. Later on, he began to become super playful. He began teasing Devon Seron to guys like Jon Lucas and James Reid whom he probably read about in social media, true enough Devon began turning red because Ju-Hyung didn't stop mentioning their names as the press was asking questions. I began looking at Ju-Hyung differently, I think that's exactly what women find very cute about him... he was a bit crazy that afternoon LOL!

Anyway, I think Devon Seron would probably have two men escorting her in the upcoming Star Magic Ball, if all goes to plan, she will be flanked by two gorgeous Korean leading men in the occasion. Kim Hyun Woo and Jin Ju Hyung would really look good during that evening, I'm sure of it. Devon should really start braiding her long hair because it might reach Seoul South Korea once it shows on theaters this September 27 under Gitana Film Productions directed by Rommel Ricafort. I'll be at the premier night tomorrow, and I hope to see Kim Hyun Woo tomorrow (I'm a fan!).