EPSON and John Herrera does ARMADA 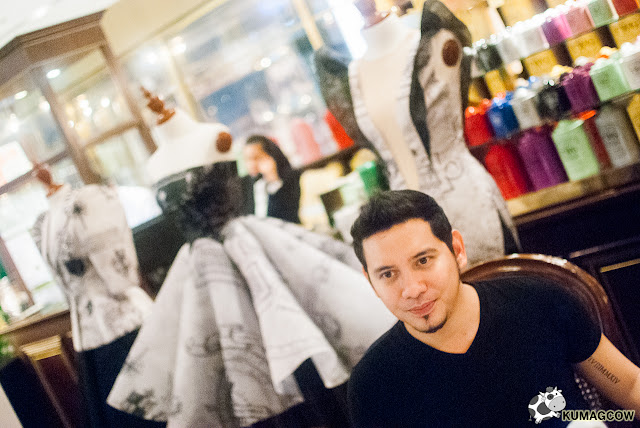 I was fortunate enough to have seen the last collection that EPSON and John Herrera worked on and eventually won with during London Fashion Week. It was named AGILA after the majestic Philippine Eagle (aka Monkey Eating Eagle) which now is the national bird of the Philippines. John Herrera was just like most of you, when he began with this process he wasn't much of a techie. He didn't have the know how on doing prints and designing and style was just his talent. He needed help in making his analog talent be translated to digital art which EPSON provided a platform for. Mind you it wasn't easy, but as you may know, there's no stopping a talented Filipino.

He was very candid, no frills, very humble when we met him. We discussed his latest work over tea and if you're a fan of his work, you could sense his collection has that signature John Herrera look. The cuts, the lines somehow had similarities with his previous work and you could note how it actually looks more modern now, more structured but still feminine. We laughed a bit when he told us if he could wear these pieces, he would. It all looks so gorgeous even if we didn't see it worn by models that afternoon. 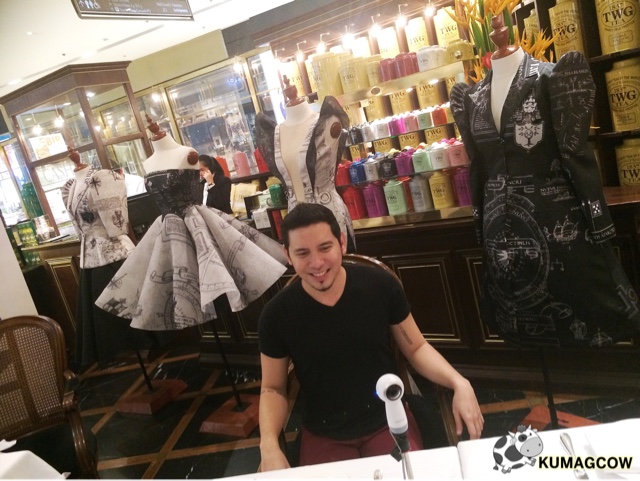 Here's what he said during our interview: 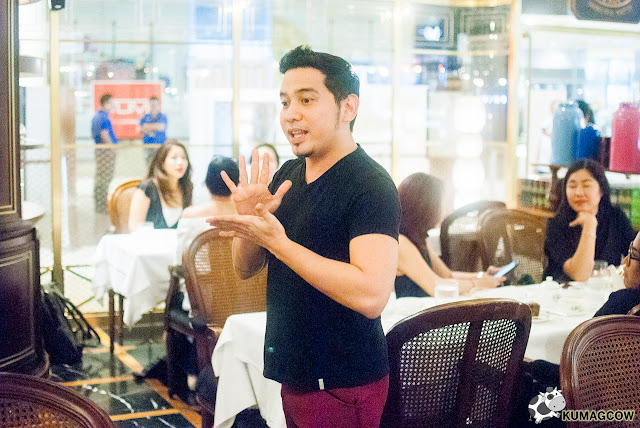 "They first told me to do prints, I initially said no, but I got inspired and used visual images that did have an impact. I felt I came from the ice age, a bit primitive when it comes to technology. In this collection, I worked with digital artists to churn out my vision for printing. This collection was easier than the last one because we knew the process already. We didn't have problems anymore."

In describing this series he adds "The collection is about the Spanish armada, it was the map where ships, the coat of arms of the Spanish king, the small lines, we blew it up and made it into black, white and gray lines. I had to re-layout so it would show up on the clothes. The collection had me thinking about the discovery of the Philippines. You will see capes, coats, a little like what they wore during their trip to the Philippines. I always dreamed of this and I don't think I'll ever have to buy prints because their printers are incredible." 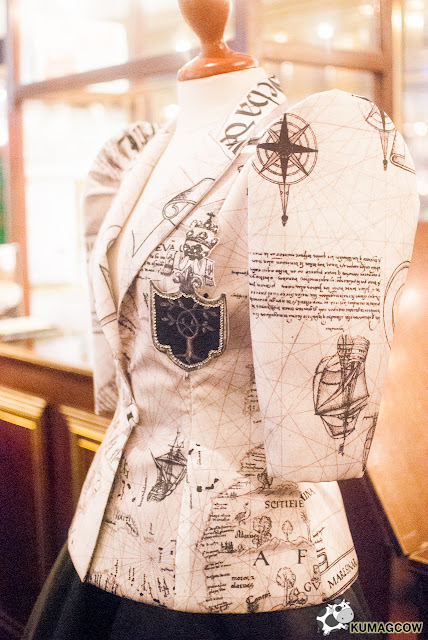 "I adore these pieces and they have made sure the ink they used is earth friendly which is mostly from plant pigments - and even safe for babies. It's also acid free and breathes with our body, you can feel it in the fabric. All of them are printed as I create, some are complicated and you'll see it even better when they move. Some of these are quite simple,  even if it was made easy it still looks good. We diminished making the back seams and that is a difficult process in designing." 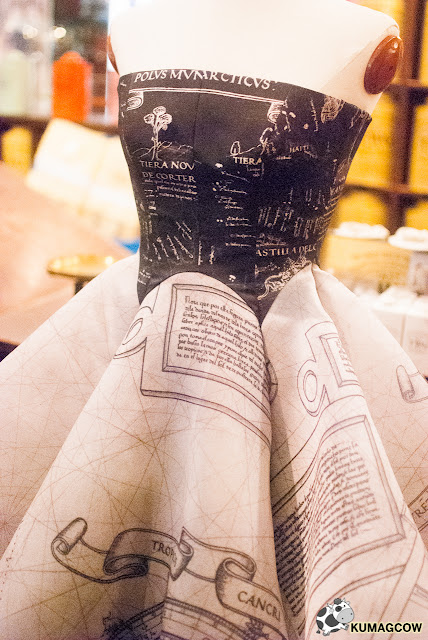 "I personally am not a colorful person, it was just like making it like how the voyagers used to wear. It's something that I think London women would also wear, even if all of these are being designed in the tropics. Epson has a list of synthetic fibers that I could work with, it can print on organza and tool. Now I can print on transparent and flowy textile, during fitting it was majestic on the model. The lack of digital knowledge was just the problem, but everything else was solved by Epson and my team."
"This is my 25th collection and it's a mix of creatives and wearables. I make the garment stand without much bulk, the process is now easy because of technology. We can make this easy in patterns now. You always have to learn things, you never stop learning." 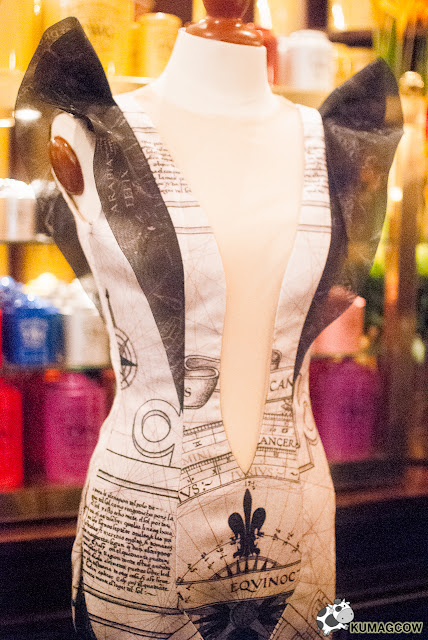 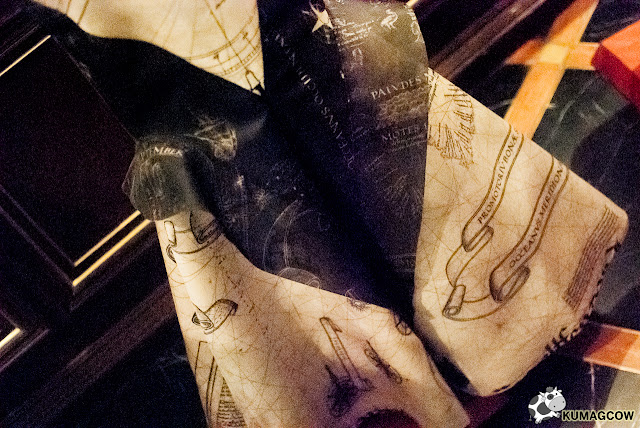 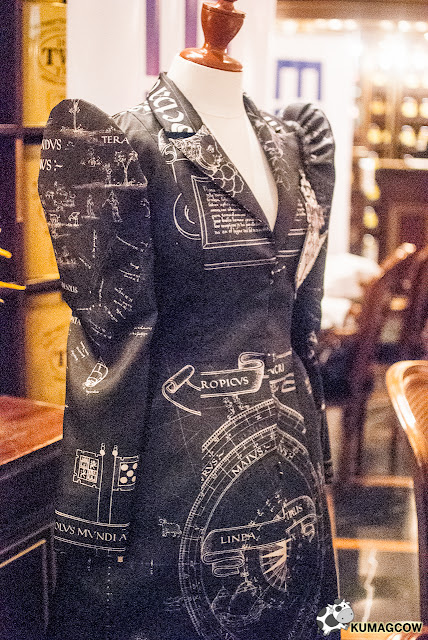 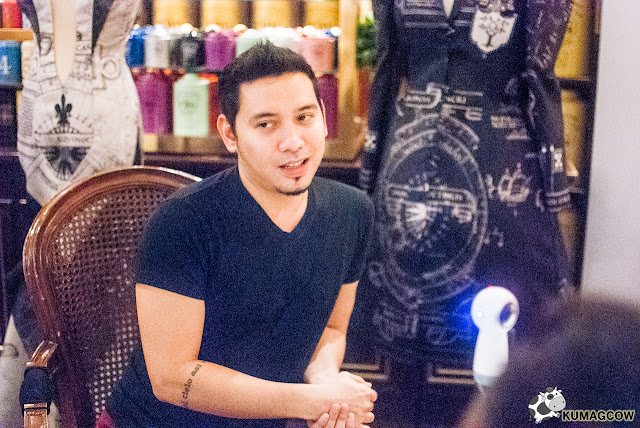 I also asked him about vying for another contest with these pieces but he says "There are times you have to stop joining competitions because it will be counter productive to your brand. This is meant for people to wear. It's not easy, in the beginning we just had to be known. I'm glad Vogue noticed so that opened a lot of doors for me. September 16, Fashion Scout will be streaming it live and Epson will stream it live again including the johnherreraofficial facebook page where you will see the BTS from time to time." 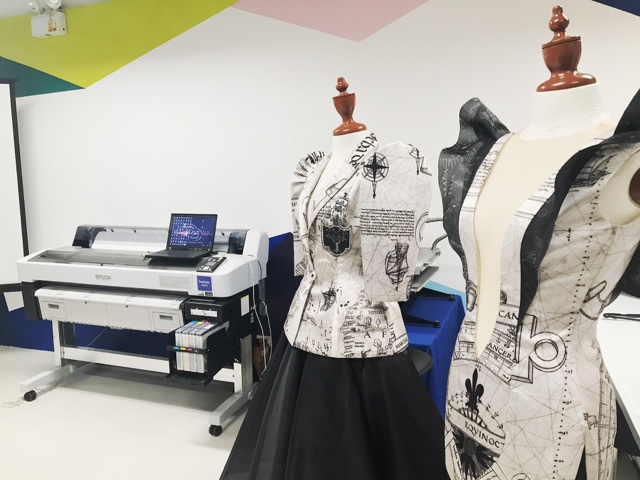 The details of the clothes that they've worked on looked stunning on the mannequins so if this actually fits as good as the models on the runway, it'll surely take your breath away. You'll be taken to a period where you'll feel and understand why the Philippines has it's rich history, seeing the beauty of the islands that have been colonized by Spain for over 300 years. Make sure you follow and like the pages of EPSON Philippines, John Herrera as mentioned earlier. It's definitely worth to see how they've been working hard making this Spring/Summer 2018 line and breathe life to it. I'm watching!