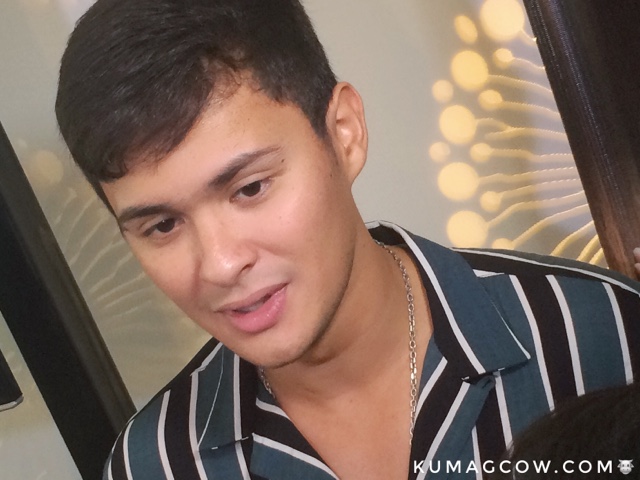 I like Matteo Guidicelli's demeanor. He's very humble, very passionate and quite an outstanding actor. Intrigues and bashing may have plagued him, but he remained very loving and doesn't take it against them. He is quite approachable, always had said thanks even if the questions thrown at him were a bit shady. He wasn't afraid to show how sad he was when he is, that takes a lot for a man to do. This time he's going to stage a concert at the Kia Theater, taking his second album and his fans on a short journey. He's proud to tell his story.

Shy Vesaga the concert producer says "Bigbang Productions has already produced his Cebu concert which was sold out to 4000 people. This is Matteo's new sound. It's connected to his new album, we want to establish him as an artist. Proceeds of this concert will go to Share Foundation provides livelihood for the less fortunate, same foundation supported by Boardwalk that makes them do business rather than just dole outs." 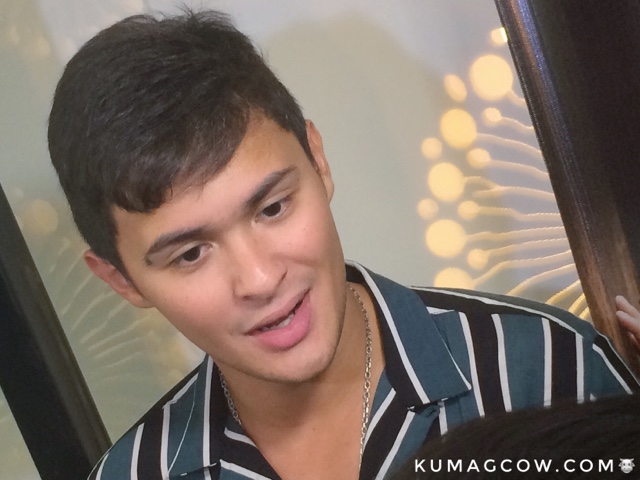 Matteo Guidicceli says "We produced the second album called Hey! We are launching it on MOR (later this evening), this album is made by us, my friends, I grew up listening to pop rock and I want to bring it back, the whole 90's band feel. Hey Matteo will try to feature the journey of the album, this whole thing. Direk Ruel told me to have a good mix of OPM's and covers. 9 songs, a lot of originals, though the cebuano song didn't make it. Shy and I have a nice history, they are good family friends. They have a clinic at the Fort. They are advertising producers, now they are doing concerts, they are called BIGBANG PRODUCTIONS. We go a long way back. The songs tell my story too, to reveal my music journey, had many sessions with song writers. This one has meaning, it all has a story. It's about romance, courting someone, when their parents don't like the guy. People especially millenials would relate, we wanted it to be intimate and do it in Kia Theater." 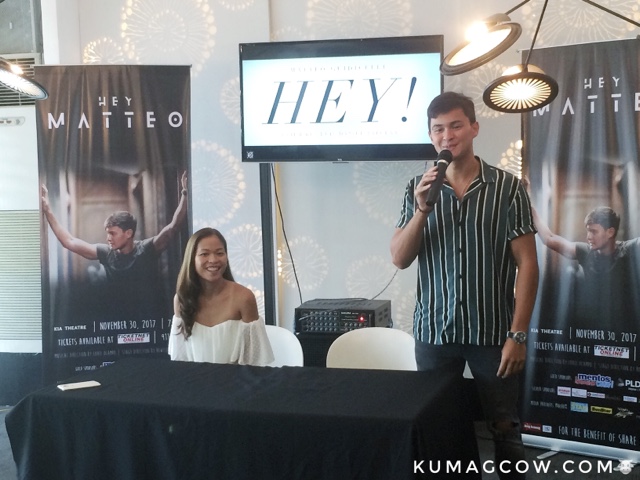 He adds "For Star Magic, I am so thankful to be with them for 10 years. They have made me who I am in showbiz today. Sarah may not be part of the whole thing because her schedules do not permit it, we will have guests. Musical Direction will be by Louie Ocampo, and Stage Direction will be by Direk Rowell Santiago. It'll be 16 songs, Looney and Morisette Amon has already confirmed and we are working on two more."

"When I go around people ask if we are a love team, we are not, we had offers but we know the true meaning of our relationship, it's real and we want to protect that. As much as possible, I don't want to talk about her because people might miscontrue my motives. It's actually difficult to do that, I struggle because people do often ask me about her."