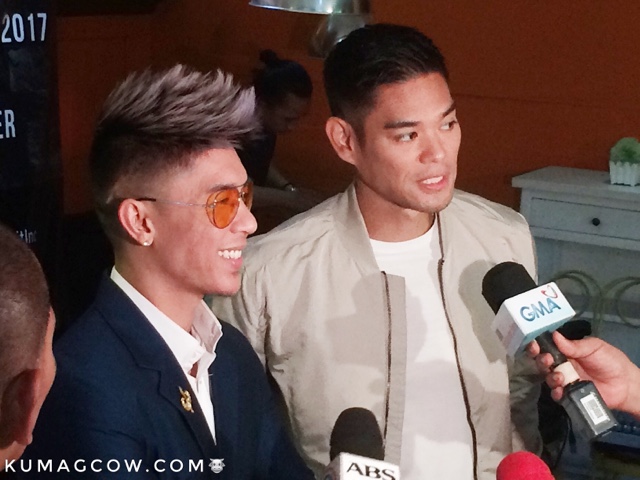 This September 15, it'll be one epic evening to see three of the finest RnB artists in the country in one show. Filo French Dance artist Billy Crawford, RnB King JayR and RnB Prince Kris Lawrence will treat you with SOUL BROTHERS on this day, at the Kia Theater in Araneta Center, Cubao Quezon City. Now this is good news for the individual fans of these three guys who have been able to achieve a lot in their own respective careers. The show is about celebrating original music,  which have made them who they are these past few years.  It is but an homage to soul, motown and RnB classics that have influenced them to make music for the future of OPM. They will of course perform their hits, and even do numbers with their friends and co-artists Daryl Ong, Sam Concepcion, Jay Durias and Gloc 9. It'll be all male since the concept is of "brothers", so prepare to be swooned! 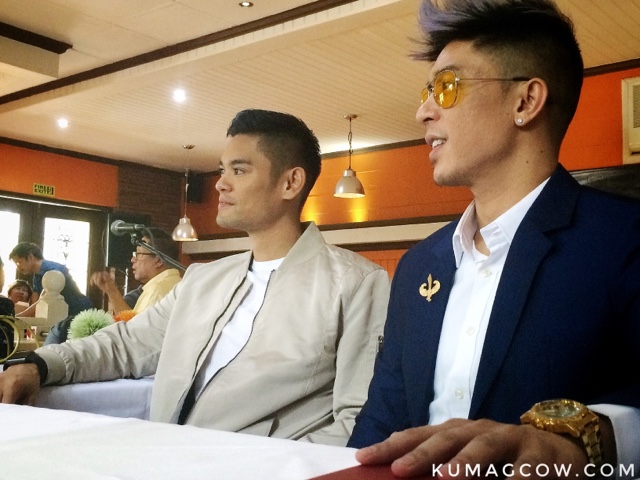 JayR says "We've been together for about 20 years, we're neighbors (referring to Kris) but we met during high school. Billy came in when we met in GMA, he made a comeback a few years ago. Our culture, the way we look at things are the same, it's pinoy. Even if we were born in the states, we're legit. We were born in the states but we get refreshed when we go there, we learn other techniques that are not in the Philippines. It drives us to make it here."

JayR adds "Soul Brothers are our own idea, together with Arnold, we started to call this Small brothers a couple of years ago. We want to perform our own hits, the prod numbers would be the highlight. We wohls be taking this on the road, the US, Canada, Guam, places we plan to go to. We want to break that mold of Filipinos only doing covers. Our artists will be part of Original Filipino Music Only movement, which we have been doing in our own label. We will be doing our own songs, published, or new ones so there's a lot more to look forward to. It's obvious Kris is the higher range, I do soul, while Billy does swag and urban hiphop. We have different things to offer in one night. The healthy competition helps us better each time, the more we are in the studio the more we learn from each other and we receive it with love." 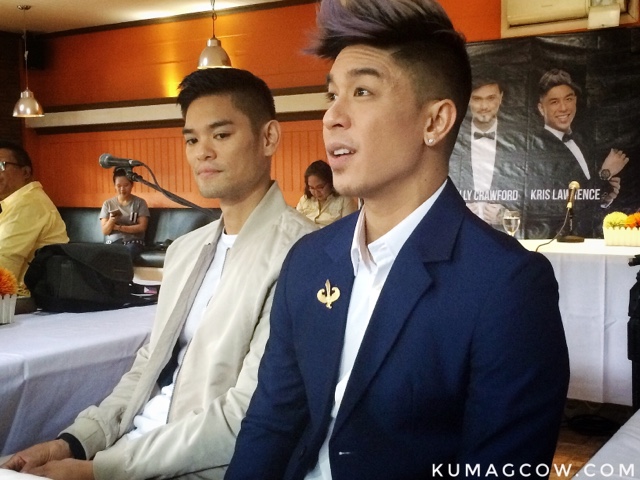 About the prank on JayR, Kris says "When we started taping, we had to improvise and I'm not an actor, and it just came and dragged on, but I'm glad it came out alright. He turned pale, he was sweating, it was crazy. Being with my brother and being in Homeworkz, it made he brand stronger. I confide with JayR a lot and he's my mentor. We ultimately want to create good music. My family is my greatest influence, together with Michael Jackson. "

Here are snippets of their interview on video, a little sample too, so enjoy!

Billy says "I think we are all passionate about music, we have different inputs but we are brothers so this is our dream concert. We've always talked about doing this together, made songs, but never had time to do it for each other. It's a big blessing for the three of us, being on stage, that comforts us. Right now, music is a mix, it doesn't matter what genre as long as it happens. We have many influences when it comes to music."


Now if you're a fan of their music, this would be an opportune time to see them perform live. This would be a nice venue to hear them on one stage and see why they've been so successful, helping each other grow. I envy them, I ain't no got no brotherhood like this in my hood. Often than enough, you'll get called like a wuss. Not a good thing. I want to see how they all show off what make them whole, how they managed to keep tough love, good careers and a solid relationship despite the odds and quirks of the Philippine entertainment industry. You may purchase tickets at Ticketnet.com.ph and at the venue. This is produced by ALV Events International. Party starts at 8PM!

Cheers to your brotherhood! Again, I envy you! Oh and people, I heard their tickets are selling like hotcakes, so get them before it runs out!