I think I have met Chef Sharwin Tee a couple of times but have never really gotten to know him on a more personal level. A few days ago, I had the chance to actually do that via a pop up dinner held at the Gourmet Gypsy Art Cafe in Roces Avenue, Quezon City. It was hosted by the Culinary Historians of the Philippines (CHOP) of which most members are famed Filipino chefs, historians, experts in their fields and food connoisseurs from around the country. I was a bit intimidated by their titles but I was there to get to know Chef Sharwin, and how he grew up in good, home made Tsinoy food. 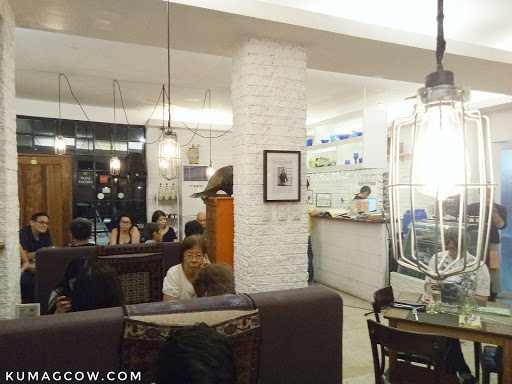 I believe in social enterprise and inclusion, but this is only the second time I've been in Gourmet Gypsy Art Cafe. It's my first time to actually see differently abled guys were part of their workforce, to serve us what good food that was about to hit our tables. This place is governed by Chef Waya Araos-Wijanco who made it her passion to help people with special needs a place to work, and make them productive parts of society. She says "Thank you for supporting our advocacy of people with special needs, as we train them to be included in the workforce and society." We didn't talk that much about the cause during our small chat so I think I'll be back very soon. She was also excited about what Chef Sharwin was preparing on her kitchen. They met earlier and planned this out quite extensively, preparing some of the best dishes he had during his childhood.

Igue Bonifacio, President of CHOP (Culinary Historians of the Philippines) adds "This is Chef Sharwin's pop up dinner called Don't Tell My Lola, I wanted to eat something that Chef Sharwin ate as a kid growing up. We make restaurants like this into a playground, to know the people who cook our food, and trace where they came from. Being a member of Slow Food Philippines, where the philosophy is good, clean and fair. Chinoy food has played a major role in developing local tastes, I hope we get to experience that his evening."

I was ready for this opening salvo! 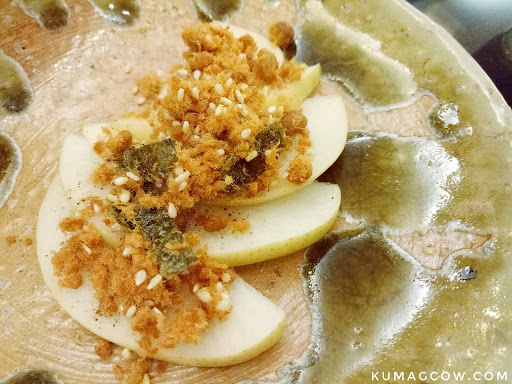 For Amuse Bouche or literal play in the tounge, he presents this Asian Pear, Plum Powder, Pork Floss and Nori Wrapper strips. It was an apt way of starting the meal with different textures and temperatures. This wasn't in the original menu but he wanted to serve it because he remembers this so fondly from his childhood. He hasn't found anyone who disliked pork floss of course! 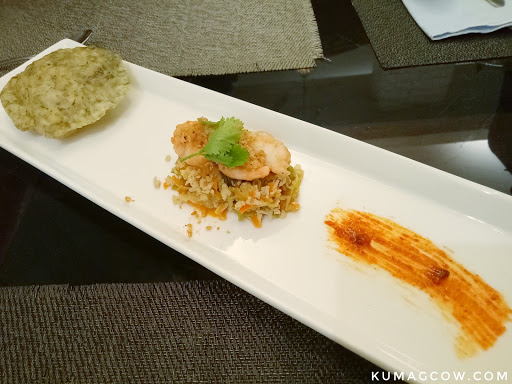 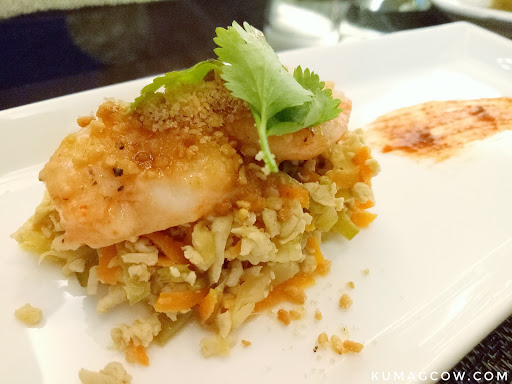 The second one was like a deconstructed fresh lumpia (Philippine spring rolls), which he call Lumpia Tsai . He went out of the kitchen and uttered "Thank you for coming, what you had just now was just Pears, Plum Powder and Pork Floss. The Chinese lumpia is different from the pinoy one, so in making this we added seaweed and hot sauce to our lumpia, I hope you enjoy the first course."

It was a play on different temperatures and textures. I like the crispy lumpia wrapper made of flat bread. It makes an interesting take on Ongpin made lumpia which I usually see at stores there. 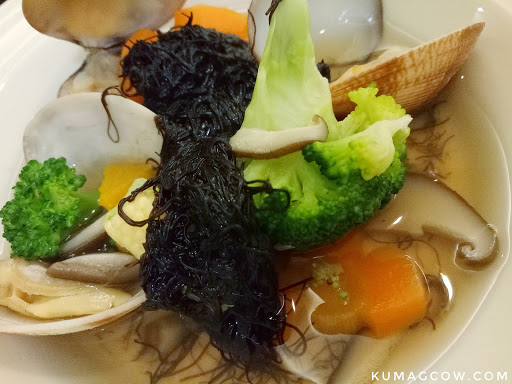 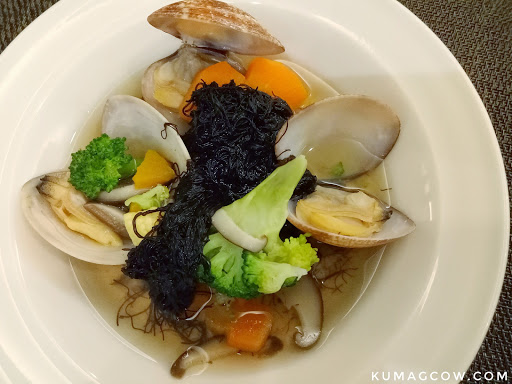 The second course is called Tao Meng Tsai. He says "For the second course it's Hair Vegetable, a dried one combined with other veggies that my grandma used to cook. I added clams so it'll have protein so I hope you enjoy." Albeit a little weirded out by the common chinese hair vegetable, it felt like corn hair to me. It was edible, but I mostly like the broth that came with it because it's very subtle. I would like to have this on a rainy day but he says it's more of a summer dish because it's refreshing, and he's right. The clams were like bits of treasures, you were lucky to spot one if you had it on your bowl. It's like it'll break that spell you get from the broth, and appreciate how sweet those clam meat becomes when you bite into it. Pretty good! 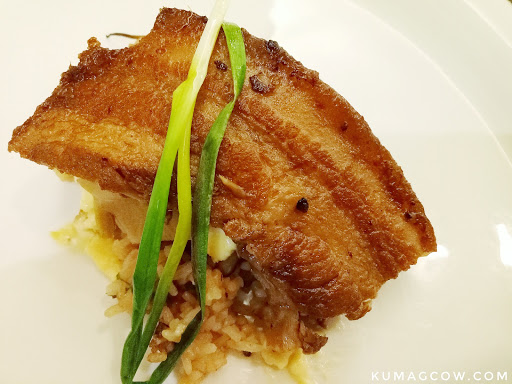 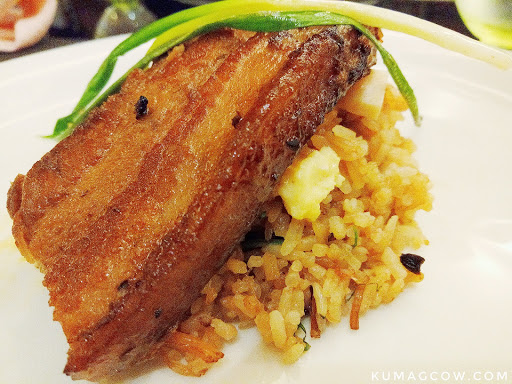 For the main course, we had Kiam Peng. It's a rice topping dish made with seared pork belly, dark soy flavored rice, and mustard leaf pickles. He explains "Your next course is based on my grandma's recipe, I added abalone which is not a usual thing in kiam peng (salty rice). Each Chinoy family has a version and this is mine. Hope you enjoy this!"

Then he came out with the Tsap Sek Ke Tsi for dessert. He says "I am sure you are fond of fruit cocktail, but we made our own using what I saw in the market/fruits in season plus a dollop of avocado ice cream, orange juice for syrup and almond jelly."

Chef Sharwin is going to be on a tour of Canada, the US in different cities for more popups like these. It would be a good thing to experience Tsinoy cooking from a legitimate Tsinoy Chef. He's also going to be on a new season of his show Curiosity Got The Chef on the Lifestyle Network so make sure you follow him on IG and Facebook. Thank you to Lee Kum Kee and CHOP for having us!