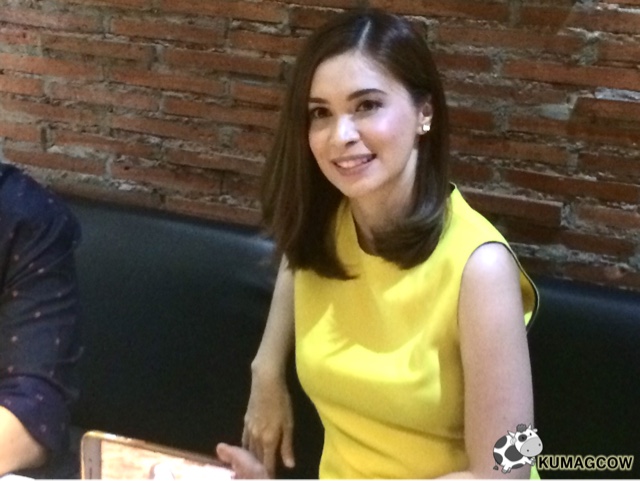 It looks like ALV Talent Circuit is growing and now adds a very versatile actress to their roster. I'm sure you guys know Ms. Sunshine Cruz and she's been battling it out with the Ardiente's in Wildflower. She's very effective, always playing the lead but she's got dreams to play other roles. She's spreading her wings, and she saw how effective ALV has been in production, managing talents including her daughter Angelina who's doing a singing career.

Ms. Sunshine says "If it's about my personal life I am very happy now, it's not perfect but just to be someone that is good with my kids it's a good thing. When they met they were friends already (with Macky) so they really did jive. We are in the stage of enjoying each other's company, we support each others dreams. I'm glad that they haven't been courted yet. It will come I know, but they know they have to focus on studies. My kids are not ugly so I know people will come and try but they respect me and I'm very greatful for that. I just hope he (prolly Cesar) to at least have an effort."

"I started in showbiz when I was 15, so I advise my kids about work, and never ever forget studies. We have bonding time, but if I have to be strict they know how to listen and understand that I have to do the job of a mom and dad. They still get hurt, they are my babies, but I sometimes tell them to brush it off especially bashers online. You know like me, I share almost everything on Instagram as long as it's possible. When we were shot by paparazzi, and it became viral, nothing really changed. We are of age, and people didn't know the story that's why I got a few bashers too. I am grateful and blessed that my kids listen to me and give me the respect that I need. I don't hold them back, they're smart and know their priorities." 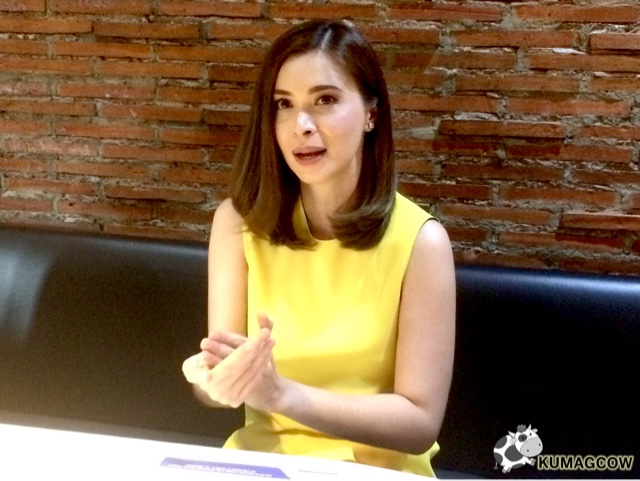 She adds "Since 2013 I have been playing roles where I always cry, I am the one being hurt too. I always am interested to play a villain or mistress role, I did an episode of MMK once and that got me a lot of weird threats so I think in a way that confirms that I am effective. They just say they are very happy for me and I am so happy that they approve of him. In the past they filtered some suitors I had and I'm glad they also take care of me in a way. Their approval means a lot to me. "

"I am glad to have been able to work with Wildflower, in a way they have reinvented me because I didn't want to play the same role. I also did a culinary cours so later I want to put up my own restaurant. I want to also to finish my Masters in Psychology." 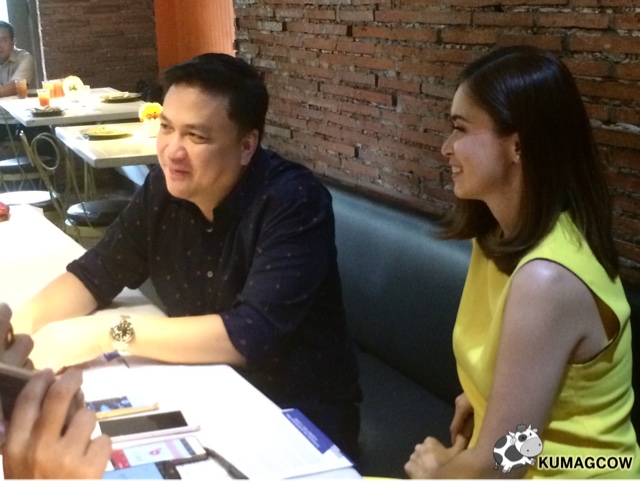 Arnold Vegafria says "We will both take care of her career in acting, singing, being an influencer and endorser. I will be putting her in a whole package, and will talk to companies, talk to Geneva, Sheryl, Donna and maybe do a concert. She can do it with them or solos. We talked to Regal and will talk soon with Star Cinema, I am also in the production of indie mainstream movies so maybe we can do one for her. We can't put her on sexy stuff anymore even if we have offers, we have to think that she's already a Mom and she has kids. She wants to do indie films and I want to do it with young directors, writers, cinemathographers and she's looking forward to do one. Our target is also have her do at least two soap operas in a year but we'll make her come back in movies."

This is the start of something even big for Ms. Sunshine Cruz and ALV Talent Curcuit is going to make her an even big star. We can't wait for that!