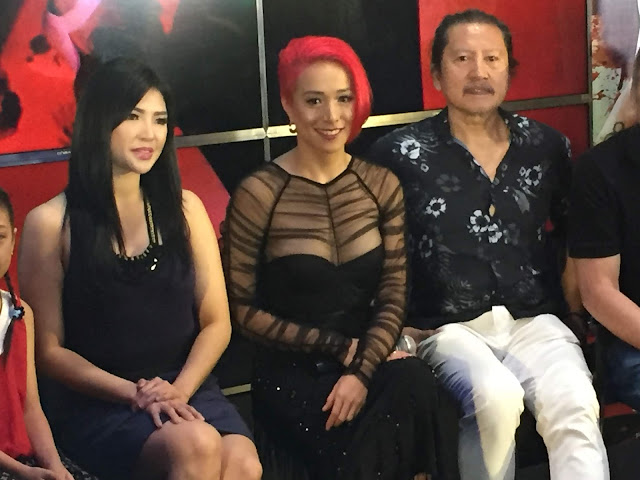 This has been the talk of the town for quite some time now because of the recent trailers that have come out online. MARIA is an assassin, a very promising action filmoffering from Viva. This stars Christine Reyes who is pretty new for this genre, no martial arts training, she took this on - and from the looks of it she looks legit.

Christine Reyes says “It may have looked hard on screen but I really enjoyed doing this, I had so much fun becoming Maria. I became a protege of a retired assassin, became ruthless, fearless just like the other ones. My peg is Angelina Jolie, it is my first action project and I haven’t done anything like this. I can now say this is my favorite. I enjoyed doing this a lot, I didn’t have major accidents yet, but with a take you really feel the adrenaline, I got to kick the cameras sometimes and have bruises everywhere too.”

This is a world of assassins, of people who drive the cartel. The story is interesting because it is fictional and making Filipinos do it using world class procedures, never before seen in PH cinemas (as the director promised).

Director Pedring Lopez says “We are all fans of the genre and it would be really too sad to see if the stuntmen would be tired on this shoot because Cristine is relentless. Right now we hope to do this Maria saga, if this works, we hope to do a Part 2 and 3.”

Make sure you don’t miss this film which will show on March 27, 2019 in cinemas nationwide!