Polo Ravales and Kiray Celis for Portrait of my Love 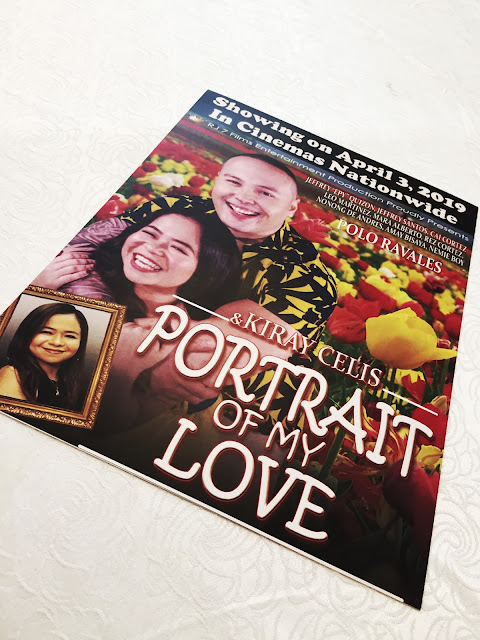 Unlikely pair? Yes of course, but funny? Romantic? It surely will be.

I have always been fascinated with these two stars since I have covered entertainment beats. Polo, was awesome in TGIS, Anna Karenina, and tons of character roles he did all these years. Whilst Kiray is super funny during Regal Films’ tapings (we talked during Shake Rattle and Roll days), and her other shows from the other network. Now she’s out and proud to be part of GMA Artist Center and that means we’re going to get more chances to talk to her. Good thing there’s a new movie showing on April 3 called “Portrait of my Love” which prolly stemmed from the song with the same name. 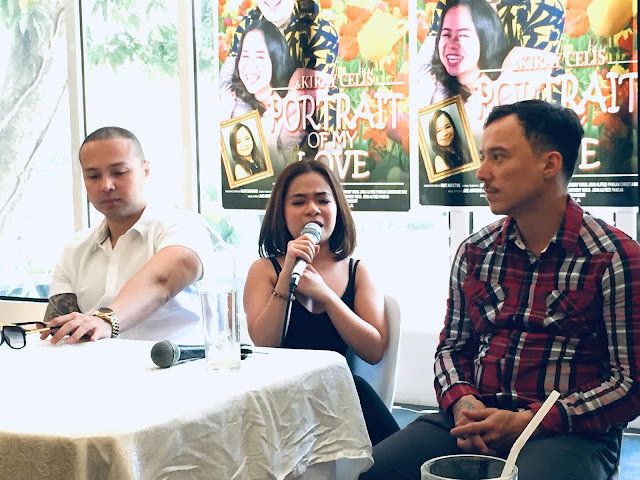 Kiray Celis says “ His chest is just enormous, so I always hold it, it is my height so it’s like very fluffy. I am a fan of his boobs. I didn’t have to adjust, it is a new place but it is just work. I know a lot of people in GMA, I am blessed to have a lot of work, I don’t mind working with hunks and sexy partners, just give me two months and I will make my b00bs bigger. I am so scared of enhancements, I don’t like surgery, I am happy with my body. I am scared about the industry, I am sad about the state which is why I am promoting anti piracy campaigns with Globe. We need to respect the work of people, we need to uplift the standard, that’s what I feel. I am happy with Ms Liza Diño and her efforts, those weeks that only have Pinoy films in cinemas. This made me do more serious scenes, to fight for someone you love, to lose someone when you wanted them, the sincere me, I wanted that. I wanted to cry the way I wanted to cry from my heart. I had my boyfriend two years ago, I realized I didn’t have to find him, you just have to accept. We all want the one person to be your forever. We shot this 99% in Baguio, that place is so beautiful, we have lots of places discovered which are not really tourist spots.“

Polo Ravales adds “I am Kiray’s painting class professor, I was given riches by my folks and I had people who wanted me dead. This is my first time working with Kiray, no dull moment, we had fun on and off screen. We have small scenes in the beach, it may or may not have love scenes. If it wasn’t Baguio, it would have lit up. I was raped in the beach. Off cam she still does it. With the eve of streaming sites it is hard to promote local movies, I believe in producers who still work on. I didn’t expect to see in a perfect woman, it is a choice, you have to appreciate the flaws. It depends on the moment, I am engaged, I didn’t expect it but it came. I found her when I wasn’t looking and felt contented.“

Jeffrey Santos says “ I am the antagonist here, they have people behind them who envy and wanted them dead. Their love goes beyond death and maybe I would be the cause of it.”

Epi says “I am the artist and uncle of Polo here, I may spoil the movie if I make him known today. We have conflicts. Let’s leave it at that. I just came from a film festival and I was awed by the pavilions of other countries compared to the Philippines. This is a way to ask for help, I hope the government gets the needed push because we have good movies, to raise the quality and effort to other countries would be good. I hope they start showing this on weekends because I believe it will help more producers.”

This is RJ 7 Films Entertainment’s first mainstream project and the film is written and directed by Poap Manansala (70+ director who did set design for of Dolphy). Cast includes Epy Quizon, Jeffrey Santos, Cai Cortez, Leo Martinez, Nonong De Andres, Amay Bisaya and Nemie Boy. Produced by Roger and Jane Totanes who in hindsight only wanted to produce Filipino films. Ms. Jane quips “I really appreciate the efforts in doing this film, we are happy they give all their best portraying the characters. It just gives us more hope to make more movies. Thank you to everyone who helped us in this film.”

Maybe it’s a good thing to watch. We really liked what we saw on the trailer. This is also the last movie of Bangky if you know him. Might as well no?