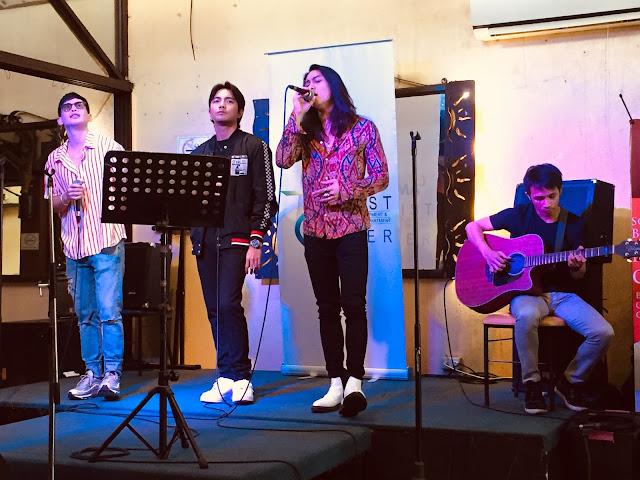 They’ve been doing headway since their stint in XFACTOR UK. This male group composed of Joshua Bulot, Bryan del Rosario and Kim Ordono also known as JBK will finally be holding their first major concert at the Music Museum this March 29 and their fans can’t wait to see them perform!

Joshua says “We will be doing hugot skits in the concert and different singing styles. It is something our supporters should look forward to. The foundations we will help? We met them through David Archuleta's concert when we were his front act. Mabuhay Desert Foundation helps kids who are in dire need of medical help, with cleft palate, blind, or clubbed foot. YesPinoy (of Marian and Dingdong) and Hero Foundation helps send soldier's kids to school. It opened our eyes on how blessed we are and we always make it a point to always help when we are doing gigs. It's just different!"

Bryan adds “We will be the ones to create the lineup of songs and we made sure you would hear new material which we haven’t performed live elsewhere. There will be songs from Queen just to give you an idea. We want to give you a background, we initially had a producer before but backed out when we couldn't get a date on the venue. Now we are virtually doing everything, we will give original songs, do iconic songs from movies. In life, you cannot go wrong with kindness hence the name of the concert. We will help the beneficiaries together with our sponsors, we want to give back to the kids.”

Kim says “We are undergoing vocal and dance lessons until now. We review everything before we call it a day, it’ll be smooth when you see it on stage come March 29. Having Ms. Julie Anne San Jose is Bryan's crush and  he wanted her so much he requested for it. Watch out for the songs we plan to do on the concert because this will be big!”

JBK will also be having guest performers with them on this day, particularly Asia’s Pop Sweetheart Julie Anne San Jose, The Voice’s Bradley Homes, The Dental Diva Kakai Bautista, some cast members from Rak of Aegis with Nina Espinosa. They will be performing with JBK too. The concert Just Be Kind is produced by Winstruck Events Production, tickets only cost Php 1,500-500 and is available via TicketWorld.com.ph or 09178621313. The beneficiaries of this concert are Mabuhay Desert Foundation, YesPinoy Foundation and HERO Foundation Inc.

They obliged us with a couple of songs this morning, thanks JBK!