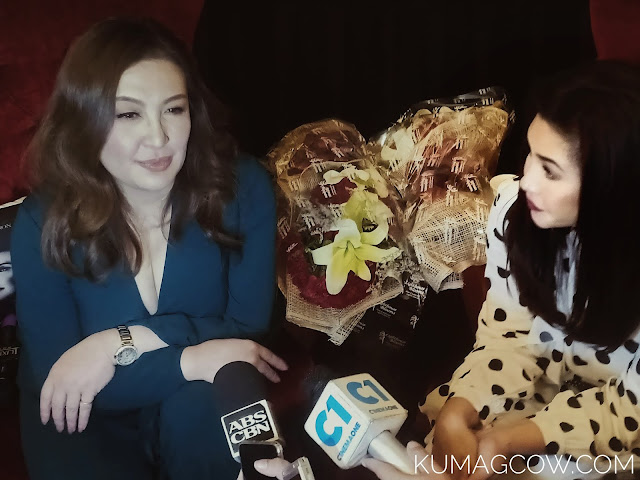 I really don’t think there would be words that could personify the one and only Megastar Ms. Sharon Cuneta and Asia’s Songbird Ms. Regine Velasquez, but this is happening this October 18 and 19, it’s called ICONIC, a fitting title to some of the country’s artists. What’s going to happen during that evening?

Ms. Sharon Cuneta says “I am emotionally and mentally drained (talking about retiring) and since I was in my teens, I have always said I will not allow entertainment to ear my soul. The landscape has changed and it has been a very good business, it’s just time to relax and focus on children. Actually I was shocked, we were not supposed to be together and then, he asked if he could talk to me, I said okay and we talked, we’re okay. PLDT, Martin and Pops were joking, people were warm. I told people in social media about my sadness, I had a lot of debt, like half a billion and had to work non stop, it was just focusing on God that I had to do. I was becoming like the people despise, I just surrendered everything to God and it was becoming lighter.” 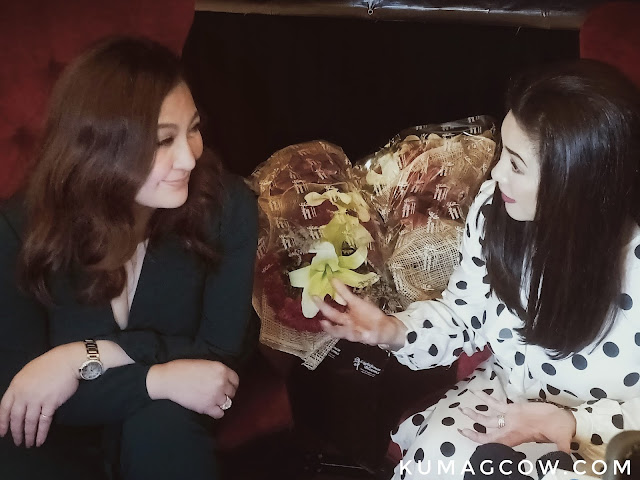 About Ms. Regine, she says “I get kilig when she calls me ate. I believe in Regine and her sincerity, God is so good. Just like Bukas Luluhod ang mga Tala, the song Pangarap na Bituin happened to her. I don’t buy friendships, as many of you know I only do it quietly, sometimes I just have to scream about people who you are so proud of. It was a ring I bought in Sex and the City. It took a few months and got it made, it was really special and I wanted her to keep it for the rest of her life, they have been there for me since I was a kid but I want more love for the person I am and she has a very good heart. Ogie is my friends since the 80’s, they have been there for me since then.”

She was asked about the Sharon Gabby reunion last night and if he appeared in the concert, Ms. Sharon laments “I hope it won’t be a surprise like last night because this is a music event, I don’t think it’s the right time, last night wasn’t planned and it was for the teachers. My teachers in St. Paul they always see me in concerts in the US, I picked up a lot of my sweetness from them. It was so overwhelming because it has the chemistry, you cannot fake it, we have our families and it’s been years. It was so unplanned and the reaction of people was unbelievable, I put it all to God because we can always do plans, but it was God’s way to put it that WE ARE OKAY. It would be nice to work again.”

Ms. Regine told us about guests in her concert and says “In my side I would have Zeph in our concert, in Sharon’s side it will be Jeremy and I am happy for them. Might as well, we are doing other concerts but hopefully we could do this on a tour for Europe or Japan, I really want Japan! On stage we will have different food, with their support I am thankful to them because in the layout seeing two of the companies supporting us, it was really nice of them to support their artists. We will have lots of songs, LOTS of it. I was wanting to do a concert with her but it was hard because we were in different stations. It was hard to even talk, until serious stuff happened last year. The name Iconic was hard to come out with because it will look like we’re putting it lightly but I would use it for people who have put in the work. I have worked with a lot of singers and the concert that i do is a lot of times not about me, it’s about our collaboration. It’s a story and not a showdown, not a concert, there is a lot of heart in it. Us working together is our love and respect for each other, we have different preferences but we know we are loved, it’s a journey and it is heart not just made for the concert. I hope you all see us at the Araneta Coliseum. Don’t ask me about how I love her, I already put it out there and this is it! I have been the Chona all these years, after the concert, we might not be able to talk but I know I will be always here.”

Here is our video to tell you about the press conference:

Now all you’ve got to do is show up and buy tickets (Platinum is all sold out), you can get them at Ticketnet or the Araneta Ticket Booths. This is directed by Rowell Santiago, Musical Direction by Louie Ocampo and Raul Mitra. This is presented by Pagoda Cold Wave Lotion and PLDT Home.