Ken Chan and Rita Daniela for One of the Baes 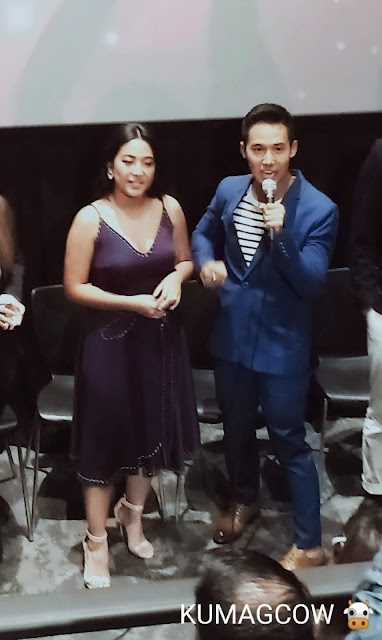 This show will be about our very less recognized seafarers, Ken Chan and Rita Daniela will tell you more about their love story and how it intertwines with the lives of marinos in their hood. Their successful pairing in My Special Tatay will be there, so good news for RitKen fans, and they’ll be adored once again for a different type of friendship, and hopefully love story, when it happens. She’s called Jowalyn, he’s called Grant, one is an owner of a boarding house, the other the son of an owner of the school. They will be going around to show places and make people see how gorgeous dive spots here in the country.

It won’t be easy because they will have anti heroes with EA Guzman, Gelai, Buboy, Joyce Ching in the mix too. Jestoni Alarcon will also be there as Ken’s Dad. Rita says “I think what happened with My Special Tatay was the work of God, it just changed when Bobrey was formed. It’s hard to lead a show and I don’t know what will happen. I got challenged with how colorful her life is, I too am one of the boys and if you think about it you might see how she’ll still be as normal to fall in love. Grant believed in having fairytales, and he wished for his one true love. Roderick Paulate is a hard worker, he sets the mood and even introduced himself when we first met and he’s very excited, passes on his joy to us. You’ll see that on the show.” Ken adds “I hope whatever love they gave for My Special Tatay, it would be the same with One of the Baes. This is a first to tell the story of seamen, you’ll see real training, we got dark because of that. We are so blessed to have great actors in our midst, it made our set a fun one. When we shot our first scene, they saw Boyet and had to fix a lot of things, because he still shows sometimes. I had to ask for help by veteran actors and I am so thankful for them. My Mom made me believe in fairytales, to show the lives of vloggers. I’m also a bit of a nature freak who will choose love or destiny.” 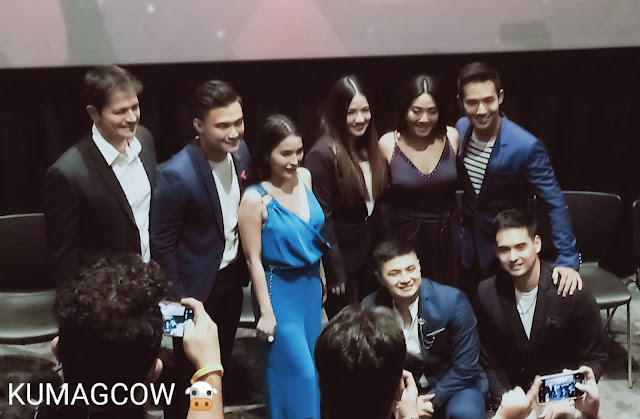 Joyce says “I was telling EA about how he already has a show and the next day I got a call that we are together in this show.”

EA says “Joyce isn’t hard to work with, I saw her post on IG and didn’t know we were together again, in consequently our third show. We will give our best, even more than Dragonlady. I am not a soldier, I am a son of a businessman so it’s a rich guy. I will be here for Jowa and see if I could take her off Ken’s hands.”

James Teng says “We love the show and believe in it so all the training, the look, we kinda sacrificed a lot to do the show. It was so hot there. It wasn’t acting, you can see our skin discoloration and it’s real sweat you’re going to see on screen.

Jestoni adds “The Philippines is nice however there are some places which isn’t quite nice to show on the series, some are really dirty but perhaps this could be a call to clean up our shores a bit. We also have this as an advocacy in our show.”

Now go and watch out for their plug shoot, on 24 oras or Youtube. They’re going to show you a few scenes on their plug which they made quite nicely. This premieres on September 30 on GMA’s primetime slot.