The Clash Season 2 Starts on the 21st!

Starting on September 21, The Clash will be back on TV with new hosts, tons of singers from all around the country. During the screening, they had Golden Cañedo sing in front of the media. This is their second season, and Golden shares “A lot of things have happened and it was awesome to have been able to get a lot of things done like singing and acting. I have always wanted to work with Ms. Lani and hopefully we can do it in the US. For the contenders, I only thought of it as a way to achieve my dreams, so I could help my family. I thank God for giving me this gift!” and oh man has she got pipes! 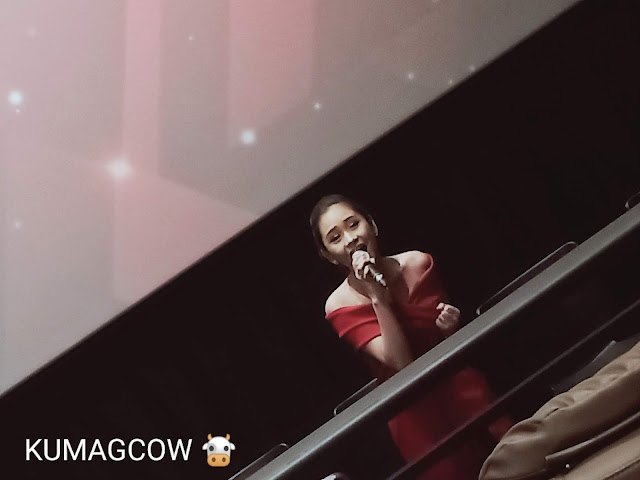 Rayver says “When I transferred, I got to do singing as it is one of my passions. I have been doing a lot in the past years, I am very confident I guess, I want to learn other things other than dancing. It’s an opportunity that my Mom would be proud with. This is my first year but I got a lot of friends now because of GMA. My songs just got opportunities because of Studio 7 and there, we have a lot of production numbers, she teaches me a lot of things.”

Julie adds “When this was offered to me it was a few days after my concert, I was so happy and blessed because I wanted to be part of season 2. I also am excited to work with the artists and Golden who won Season 1. We all were in Studio 7 and this is something I looked forward to. I don’t think we will be performing in Clash but we might, perhaps in Studio7, it will be less of us and more spotlight with the contestants. I never really had a hard time working with Rayver because he’s a pro, recently, we had workshops so we could build rapport and work on it. Our goal is to make people understand stuff, he delivers quite good.”

Christian Bautista says “I wanna be moderate, in the first few rounds, but will be more strict in the later rounds. They know they have to learn everything they can, in moderation. In the auditions, it can be young and old, pro and not, but in live performances, it could turn out bad and it really depends on their vocal quality. There will be differences, we will be twists like our first episode but in different times. We all look for opportunities and GMA has given us all acting, dancing and singing opportunities.“

Lani Misalucha says “We don’t show our favorites because it changes when they think about it, they might not give their all if that happens. We see potential, but when they get matched with good ones you’ll have second thoughts, and the genre might be same, we might choose a cute one, joke!”

Rita adds “Julie anne and Rayver will be at the clash arena but Ken and I will be talking to the contestants. We will have to dive into their lives a little before and after the competition. You will hear more of us before they are introduced.”

Golden says “I have a lot of things happen to my career, my Studio7 stint, my guestings, I have my friends also getting their own singles out and I am so proud of what is happening. I wish to be able to sing also with the next Clash Season 2!”

The Clash Season 2 will air at 7PM right after Pepito Manaloto. You better watch it because it’s going to be exciting! All 4 You The Clash Concert is also happening October at the Arcadia Performing Arts Center in LA.