Regal Films' The Generation Who Gave Up On Love 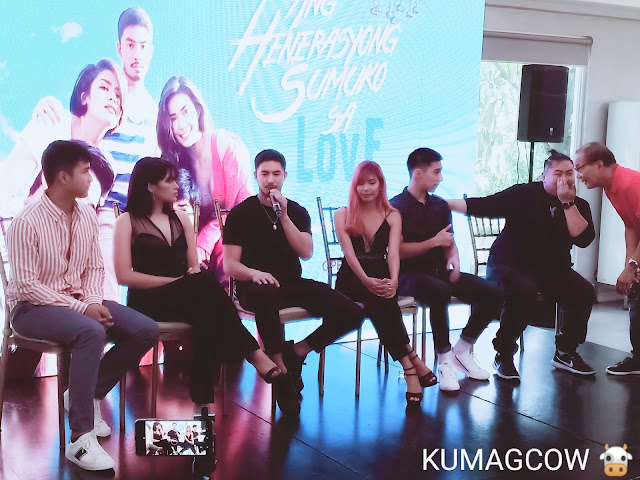 The film features Millenials, one who grew up with internet, social media, for them to understand more how they became who they are. It’s not a singular message, but a throng among these different personalities. It also talks about intimacy, about numbers, self worth, not to justify but an understanding about what the picture is. This is under Regal Films and Directed by Jason Paul Laxamana. It stars Myrtle Sarroza, Jane Oineza , Albie Casiño, Jerome Ponce, Tony Labrusca.

The film also discusses how they go through their problems, it’s why they made the characters totally different from each other so you get to have your own perception of love, how it begins and ends. They hope this gets watched by different generations, why Millennials get to walk and talk that way so you could understand this generation and perhaps get a glimpse how they get through life, and the high competition of society.
That was deep, really deep. It shows on theaters this October 2, 2019. Maybe you should watch it so you could understand the generation which you already generalized and don’t understand.
Maybe that is.