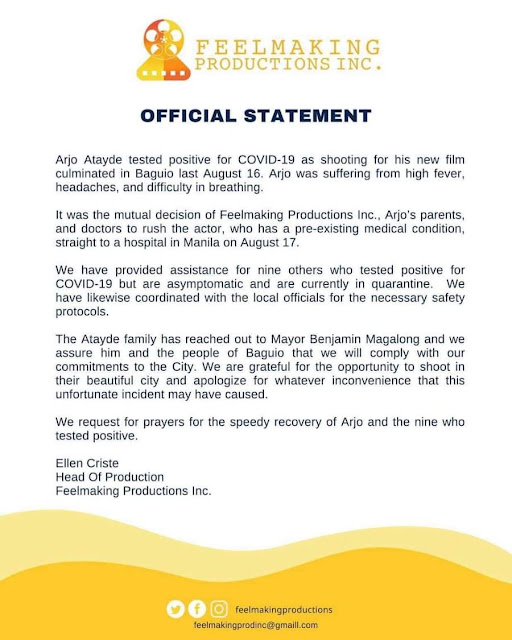 News about this spread like wildfire yesterday and as heard from the grapevine, an actor and several of his co-workers tested positive for COVID-19 and left Baguio City while shooting their movie.
Today, FEELMAKING Productions Inc. has released a statement and confirms the actor in question is the multi awarded Arjo Atayde. In the release, are 9 other individuals who have also been tested positive but are asymptomatic. Arjo was rushed to a hospital in Manila as he had difficulty breathing and had pre-existing conditions which had to be taken cared of. The production company also apologized for any inconvenience they caused to the local government unit of Baguio City and their current Mayor Benjamin Magalong.
We wish they would all recover soon.