As part of Smart's efforts to bring extraordinary experiences for their subscribers, they just concluded their recent Hallyu Hangouts with Hyun Bin after the recent one with Son Ye Jin. This time, the Captain took a breather, chatting with the host and two lucky fans who were picked to talk to him online.


During the event, I discovered a lot of things about him including how popular he was when he wasn't even an actor yet. He had his own personal fans club in high school. Aside from that, he does actually search his name on Hallyu or Google just so he could read articles about himself and see if it is TRUE or not. Because let's face it, some do publish weird stuff and celebrities not often get informed about it. He's like his own Sherlock Holmes! 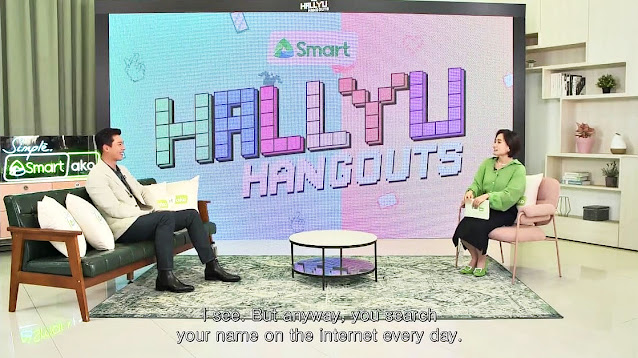 He's pretty happy about how he's been loved by Filipinos, and he feels it. He would have been also happy to meet us in the country as soon as restrictions have been eased and this pandemic gets resolved. Aside from that, he's very happy about how he's part of Smart. He also did a few lines in Filipino including "Simple, Smart Ako!" which is Smart's tagline.

Now I experienced this because I'm a Smart subscriber, if you are, go like Smart's channels on Facebook and get updated with the next time they come out with a new artist. Who knows, you might get the chance to do that too on the next Smart Hallyu Hangouts!