"Love Beneath The Stars" Shows on iWantTFC 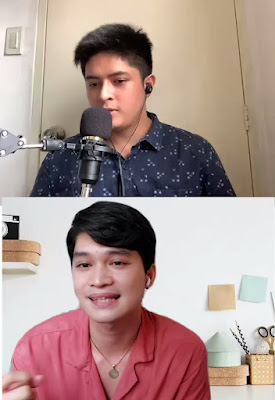 We all adored the movie "The Boy Foretold by the Stars" and that thing moved me. It represented a whole lot of people, who are still capable of love and yes, I was so happy to see the characters of Keann Johnson and Adrian Lindayag develop something out of it.

The budding relationship of Dominc and Luke continues in the new sequel Love Beneath the Stars which is a digital series to be shown on the iWant platform. I had the pleasure of watching the first episode last August 9th. To tell you honestly, I had high expectations because I really loved the movie. I'm tough as a stone but I cried in several scenes (in the movie) and the series, took the role of filling in the gaps for content because if you're looking for details, this fills it up A LOT.

The class jock and endearing effeminate lover was surely going to rock the catholic school. Add to that the complexities of bigotry, the conservative ones, bullies and close minded peeps who will bring unwanted opinion on a relationship of two people. The series will also showcase a lot of things you didn't notice. You call yourself supportive, an ally, but it doesn't match with what you think, say or do. This evidently would encourage change, and I'm excited about the next episodes which will be shown on the same platform. 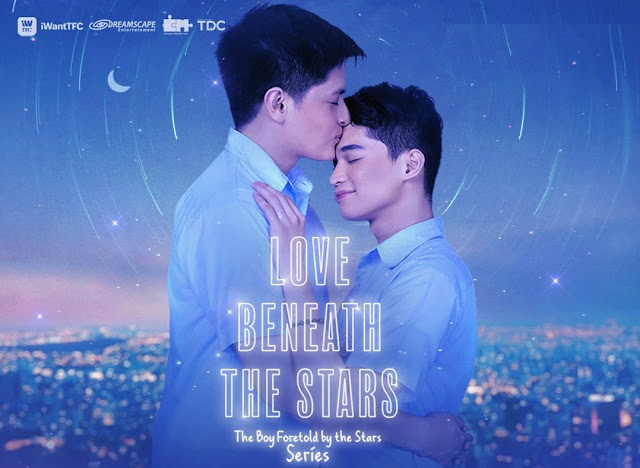 Here's part of the blog conference earlier this week. I didn't quite had the chance to ask questions because of time constraints and the amount of people that were equally excited about the show. So here you go, enjoy!

The series doesn't make you feel you burdened to change your beliefs, it just shows you what's happening around you and YOU have to decide what you need to do. Keann and Adrian seriously delivered in the acting department, and with a few scenes, you'll surely be hooked and feel for their characters.

Love Beneath the Stars is the kind of show that doesn't hit you with a ton of bricks, but slowly takes over your heart in several acts, finds that small glistening hope that you see beyond labels and prejudice, to see what it is... nothing but LOVE. If you want to watch it, download the iWant TFC app on android and iOS. Aside from that, you can also watch it on Android powered Smart TV's where it is compatible. Streaming will start on August 16. I'll surely watch the other episodes, I heard they're making this in 6 parts. This is written and directed by Dolly Dulu who also appears on the video above.

I hope this doesn't break out hearts.