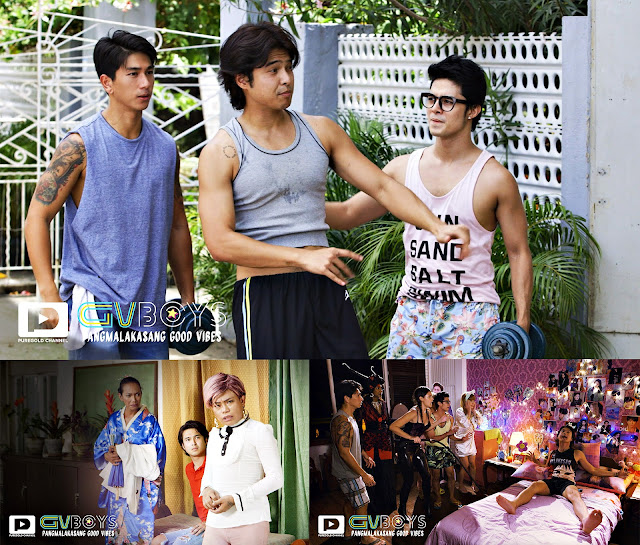 After several hilarious weeks of watching the macho GVBoys, the series is about to end its first season this weekend (Saturday, August 28).

This is free of charge and is uploaded on YouTube as a way of Puregold Channel's efforts to provide entertainment during the pandemic.


Don Cuaresma the series director makes sure you'll be laughing all throughout the show where Jerome Ponce, Dave Bornea, Nikko Natividad bring life to the characters of Jawo, Zeus and Dax. The last episode will be a little scary because Aling Perly, Kathryn B (played by Carmi Martin and Elsa Droga) and the boys will be in a hostage/kidnapping situation. Aside from that, a few more revelations will happen with regards to Zeus' lovelife.

The cast is extremely hopeful that another installment/season will happen soon because they enjoyed making this project despite the restrictions. Ms Carmi says "This show made us bond and so close that we treat each other like family. I'm looking forward to work with the boys and amazing cast once again!". Judging from the views they're getting in both YouTube and Facebook, people are loving them even more and last time I've checked, it was over 3M already!

Now if that's not going to be a reason for Season 2, I don't know what will. Oh and may I just tell you, because you love them this much, they're going to release 2 EXTRA EPISODES on September 4 and 11 so make sure you're going to watch it okay? Now put that on your schedules and watch it 7PM this Saturday and the dates I've mentioned just now.

It's going to be good. Really good!