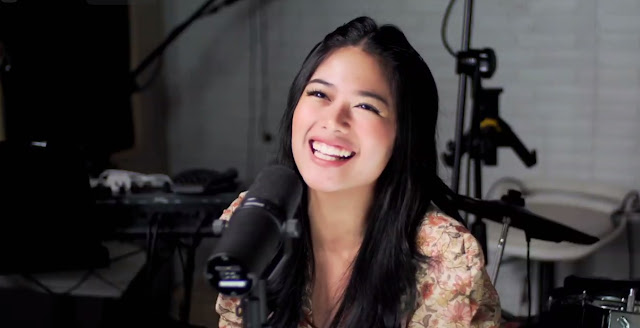 I just spent the afternoon in the press conference of Gigi De Lana, ABSCBN Music's current internet darling who has amassed millions of views on her Facebook and YouTube videos as she belts some of the most iconic songs in the country. We were told that she's announcing something really big and by the looks of it, I'm not surprised.

She's very talented, people connect with her easily and also, she's very pleasing to the eyes. She's gone far since her stint in Tawag ng Tanghalan and now performs with the GG Band. She immediately told us about her efforts on doing compositions and how they are pushing to do their own songs so that they would get to grow. Now they have a couple of songs, oh no, a whole album to be released this September.

Jonathan Manalo of Star Music says "I can't divulge specific infomation about the songs yet, but they're really good original songs. Gone are the days of doing covers, this first album is special because it will introduce them as a band and the quality is really good. They're on a different level and this album will be released very soon with GG and her band! Up until now we can't decide on the first single because all of them are really that good." 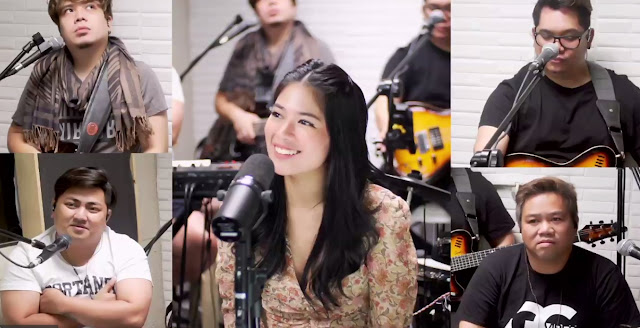 GG says "We are preparing for something big, this is the arrangement of our band and the songs will be done in different ways. As much as possible, you will feel at home when you listen to it. Like listening to your favorite songs in your garden. This is a full on music night on YouTube in cooperation wtih YouTube Music. We already have prepared a couple of songs for that, but it will remain a secret for the meantime. You'll have a lot of things to look forward to because my band really thought about each one. It's a little crazy that it's happening all at once. It's been 6 or 7 months since we went viral, but it's not all rainbows and butterfly, it's a process, we had a couple of people pull us down. We underwent change, our YouTube channel and Facebook pages got hacked. We just started from scratch, we just want to make people happy, it's like people are part of our lives also. When the pandemic hit, we had to fix our online channels, took a hit, but that didn't stop us from creating more music. The changes made us stronger people."


So there you go, you'll be treated with a full blown album soon so make sure you're going to stream and buy their music when it comes out soon on platforms, this is under Star Music.