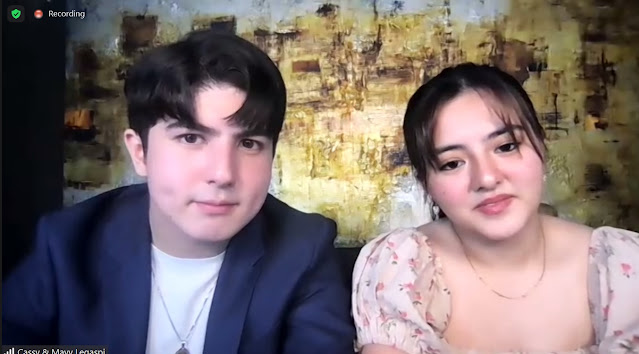 Something tells me that these guys are going places. Well, we've got the good looking Maverick and Cassandra Legaspi aka Mavy and Cassy in a blogcon this afternoon to touch base with the Kapuso stars about what they plan to do now that they have renewed their contract with GMA Artist Center. It was held in simple ceremonies online and from what I've seen in their eyes, they were extremely happy to do this for their respective careers and for themselves. Cassy recently appeared in First Yaya which was a hit show in primetime while Maverick will be part of upcoming show "I Left My Heart in Sorsogon" which will be aired soon. 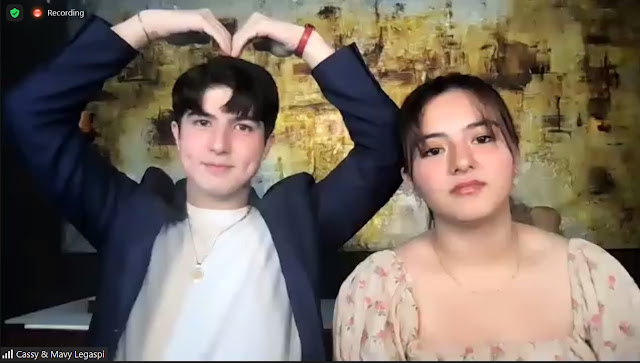 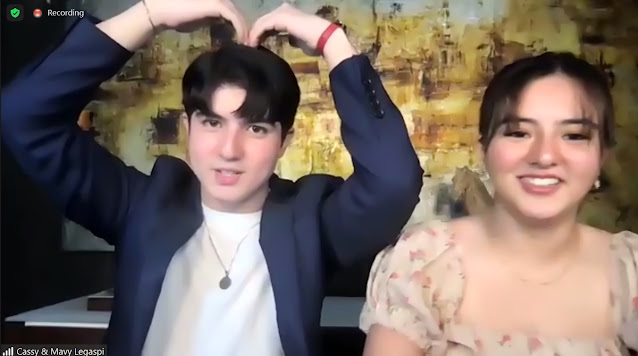 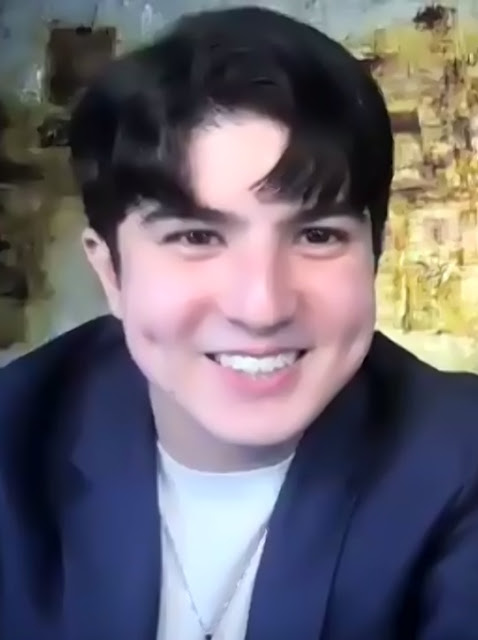 Cassy says "Honestly when I did my first project, I was so nervous, but I trust them. Now I don't feel tired as much.. I'm sure this is going to be a memorable show for me, it's an honor to be trusted with the character. I learned independence and discipline from this. It's a locked in taping so I had to fend for myself, I learned to be a good co actor, how to help others too. Being a Kapuso gave me opportunities to share my talent, be a better person, treat everyone equally."

Mavy adds "When I learned that I will join I left my Heart in Sorsogon, I met the cast and was super grateful to have been able to do it, bond with a new family. I'm happy and grateful. I had to be independent, learn more from my craft, when you're in front of the camera, it's you, you have to make sure you're equipped and do your best each time. Ever since we were kids they all welcomed us, we can't thank them enough because now we learned singing, dancing, hosting, and now acting. It's the perfect series for us, thank you for the trust and 3 years of being a Kapuso. I'm in a healthy environment and we grew up here. I am proud to be Kapuso!"

Here's the rest of the blogcon on video which we recorded a few minutes ago, yes we had to bring it FRESH!


Congratulations Mavy and Cassy! It was really fun talking to you guys!