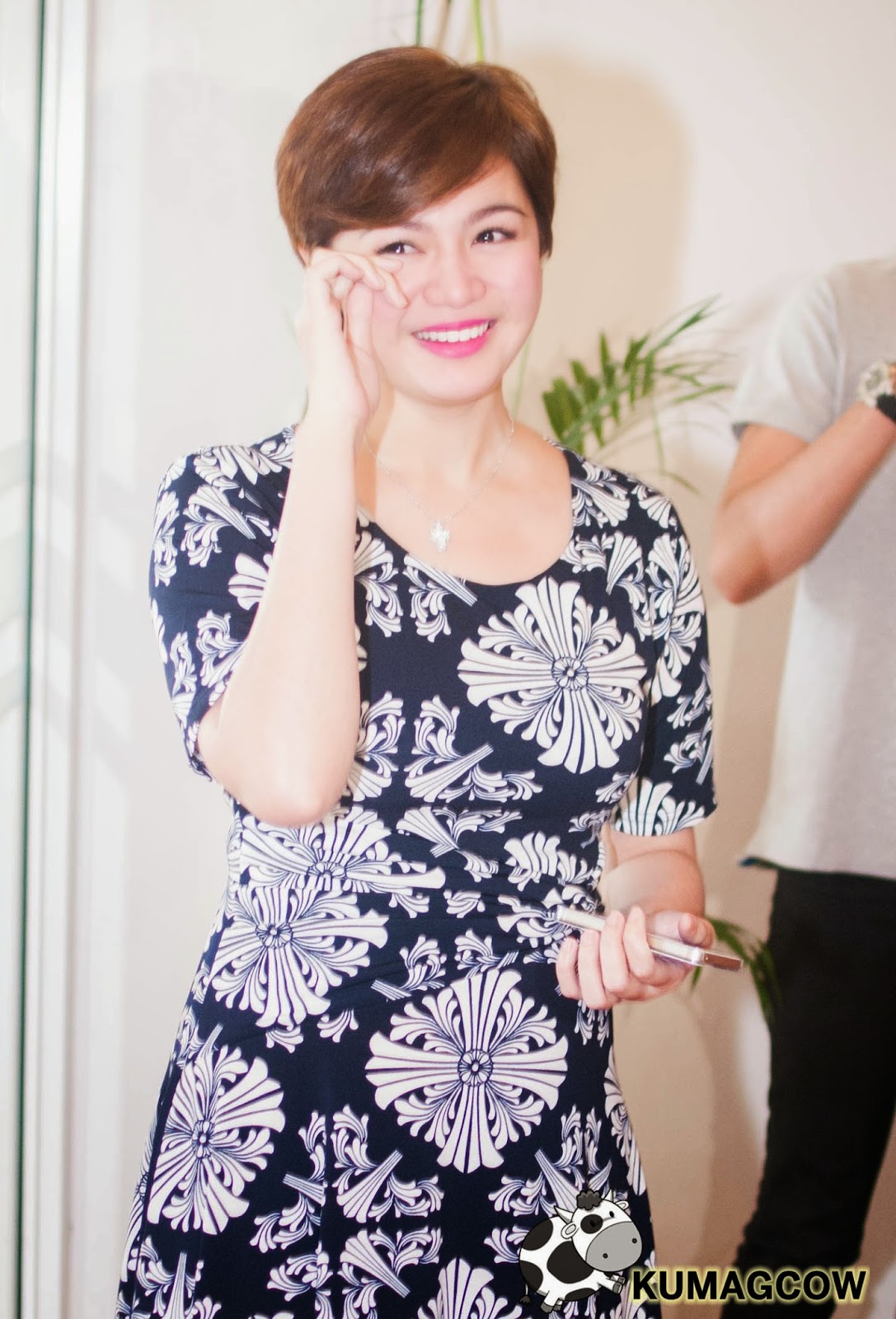 We traveled all the way to Valenzuela City Hall up north to find Charee Pineda. She's a recent addition to GMA's stable last year as she came from the other channel. What we didn't know was how busy she is these past few years, not just with shooting shows but also serving the people of the 2nd District of Valenzuela. She's a Councilor, and she's well loved by her peers, the Mayor and her constituents. So when they planned to do a surprise party, they did it in style! They had a workshop and leadership training seminar that morning for the scholars under her office. It was also facilitated by World Youth Alliance which is an NGO that she also helps. She thought that she was going to be interviewed about it only with one camera crew but was shocked when she came inside the venue. Surprised as she was, she cried because she didn't know it was going to be her birthday celebration that was going to happen that afternoon. GMA Artist Center, prepared everything including some goodies that they gave away to the youth of Valenzuela City.

She was so happy because she didn't expect anything on this day but a simple dinner with family. Celebrating it with the people who care for her meant a lot to Charee and she says "I'm a crybaby even if I'm watching TV I cry a lot. I didn't expect this and I was really touched by this gesture. My staff didn't give me any clues. My scholars, the Mayor, it just feels so good to belong with the best people just to surprise me. I was supposed to go to Manaoag but I begged off because of the traffic and only planned to be with family later. I miss showbiz and miss shooting. Hopefully soon I would be able to work in a soap, time management, I hope GMA Artist Center takes care of that even if I'm still in school and with Valenzuela. My love life is so good and it's nice because he's not from showbiz. He's from Valenzuela and he also grew up here so he understands what I do. I want to be a councilor again, it's my first term but I want to learn a lot so that once I get to be in a higher position I would be well equipped. It's the same reason why I'm taking up Political Science. I wish that I could take time and get to appreciate everything that I have right now".

Charrie added "We tried to also help the victims of the recent flood in Valenzuela even if I was also a victim of the flood, we distributed packs and cooked food because they needed it in my district. About working on a film again, I want to work in an indie film because I miss it a lot. Especially because I worked with Mark Gil during the last one where I won an award. It's different but you'll learn a lot, it's challenging and I wanted to do it but there are no offers yet. They must have perceived that I'm busy because I'm still working with the council, but I think I can squeeze it in. Artist Center told me that I'll have a possible show this October, I still don't have that meeting done but I hope it pushes through. I was with Mark Gil for 10 days in Agno Pangasinan in a remote area and we really bonded a lot. When I'm in Manila he really went to me when we met in a mall, and I felt so sad about what happened to him. There are no words to console the family but I'm so thankful to have worked with him."

About getting married, she says "I'm not afraid to get married because I trust my own prayers, I'm so ready for a lifetime commitment because I see my parents have been very successful even if they got hitched at an early age."


She's already 24 years old and now wishes that she appreciates all her blessings, get her family, her district and friends blessed as well. Happy birthday Charee! Hope to see you in a new show in GMA soon!