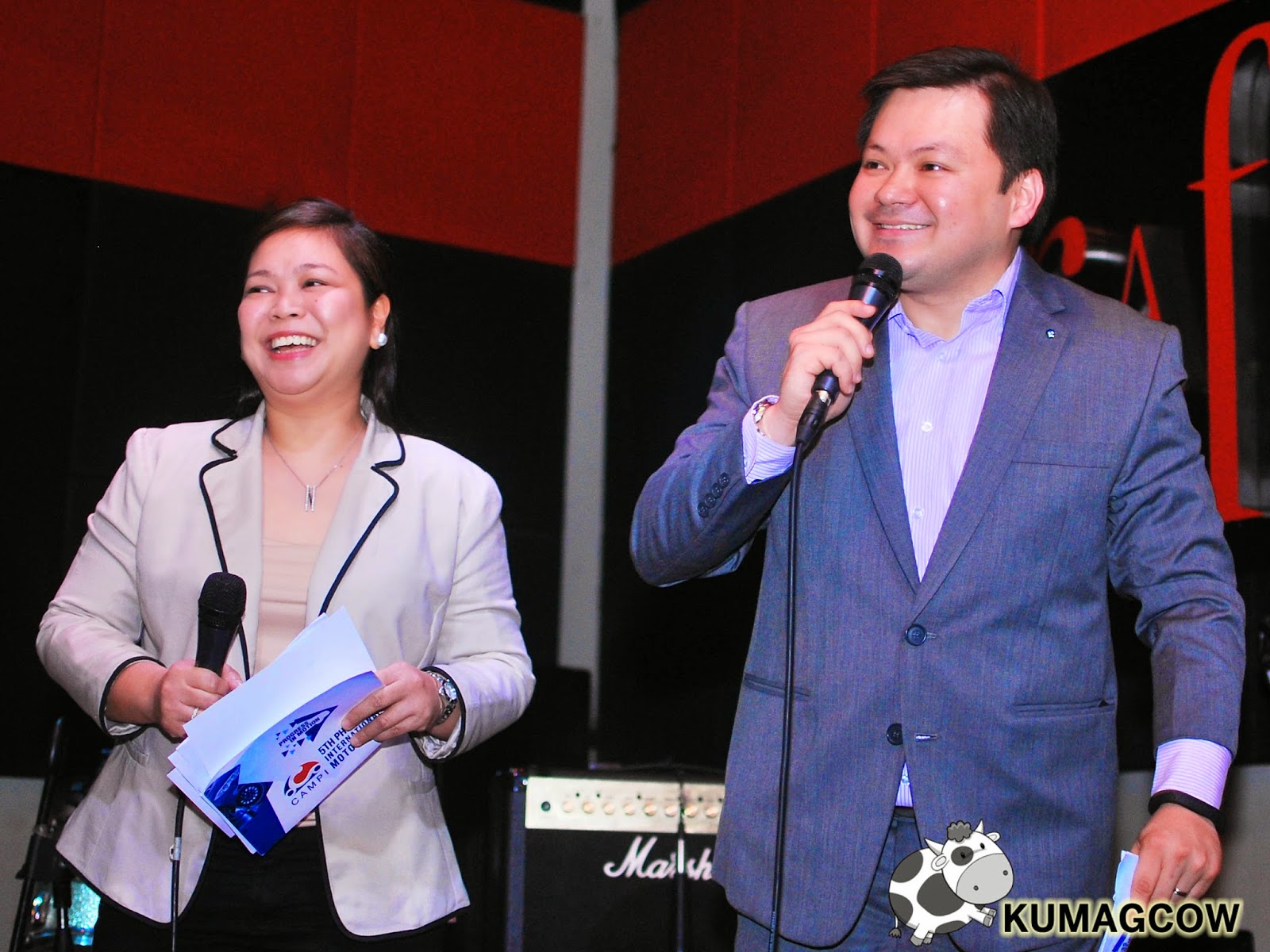 It was a night of fun and laughter as we joined the Chamber of Automotive Manufacturers of the Philippines, Inc. (CAMPI) a few nights ago at Draft at the Fort Strip when the shakers and movers of different car manufacturers in launching the 5th Philippine International Motor Show. It will happen on September 18-21, 2014 and on these 4 fun filled days they'll be whipping out new concept cars, their new flagship vehicles and internationally released ones just to be seen in the Philippines. Last year was well attended and this is why they are even bringing more things to the table including additional facilities for after sales service sections so brands can show how they implement best practices after consumers get their cars. There's new software and prime technologies included in the exhibit where other brands would also be able to see competitors in the same industry to ultimately trump each other. Consumers then would be able to check where research and development goes as far as the automotive industry is concerned.

Hon. Gov. Jose Alvarez, the Chairman Emeritus of CAMPI, was so happy to see the participants getting bigger every year and thanked the Presidents and Executives of the respective brands. With the advent of even bigger profits this year pegged 22% this 2014, the future seems bright with the Philippine auto industry. This years exhibitors will include Beijing based BAIC and China's JMC, German car maker BMW, Mercedes Benz, Volkswagen, Korea's Daewoo, Kia, Japan's Honda, Isuzu, Mitsubishi, Nissan, Toyota, Mazda, Suzuki, Lexus and French car maker Peugeot.

Atty. Rommel Gutierrez says that it's also the perfect time to show that the organization is serious about driving economic progress in the country. They are ready to make the theme "Progress in Motion" a reality, that's why they are eager to show this year's line of exclusive, prototype cars to aid and see where we are right now in the automotive business line.

Dante Santos, the current VP of CAMPI also informed us that this won't be a complete celebration without getting in the consumers in the mix, before the toast, he told us that there will be huge sales that will only be offered on PIMS days at the World Trade Center and you won't see them anywhere else. Aside from big savings, you will also be able to take advantage of perks coming from the brands directly... some of which can't be even seen in display rooms anywhere else. Other than that, you'll learn more about the newest model of cars available in the Philippine market and get the best deals without breaking a sweat. Meet ups of car clubs, pretty car show models, accessories, parts and services will be at your fingertips if you come over. Remember, it all starts when you come to the World Trade Center Philippines on the 18th of September. Be with the world's best car manufacturers even by staying in one place and you'll see what the Philippine International Motor Show is all about!