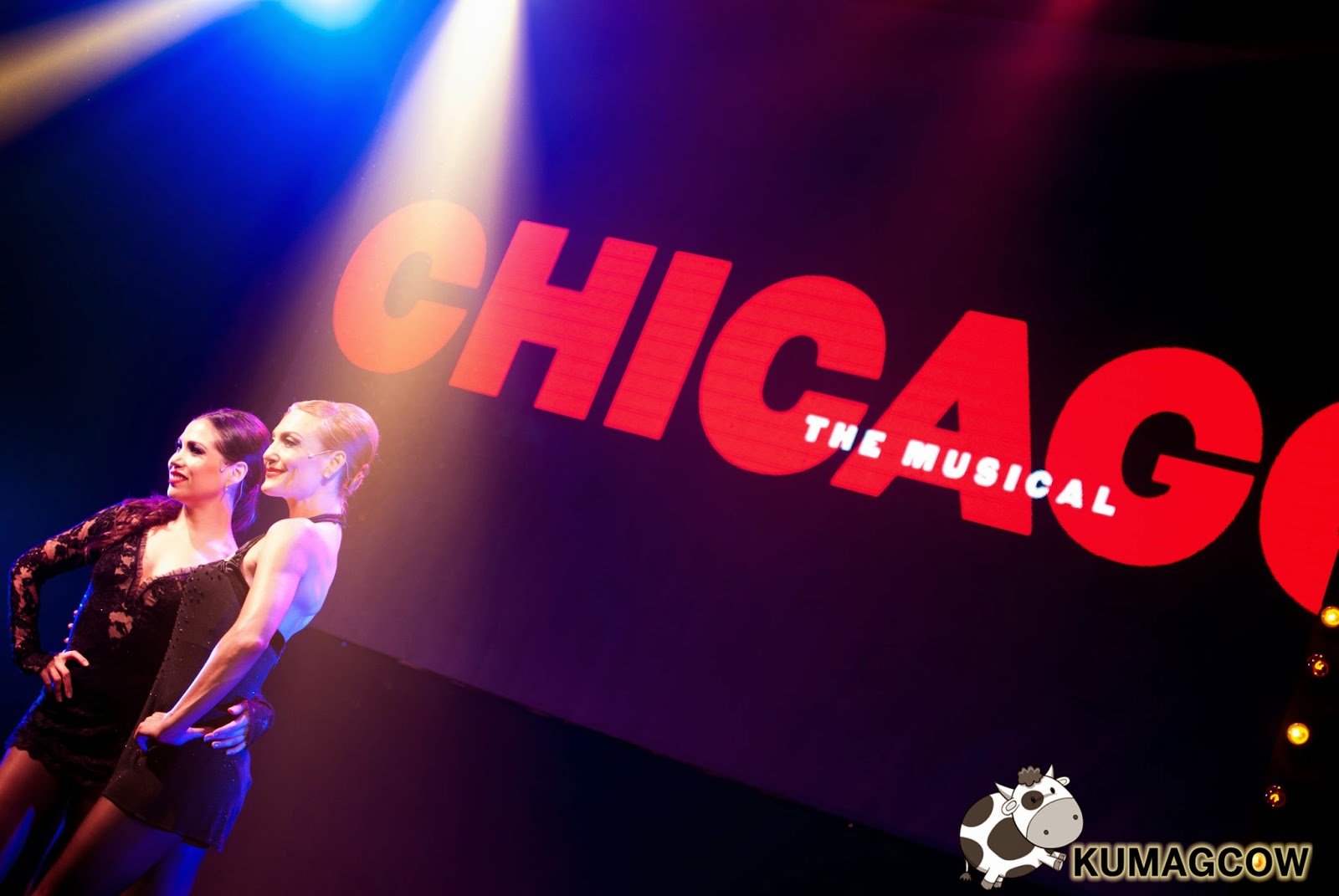 Smart Infinity brings more things than just personalized service, VIP network access, they've got VIP privileges in the bag too. They just made us victims of shock and awe last Tuesday at the Solaire Grand Ballroom by bringing Roxie Hart, Velma Kelly and all that jazz with CHICAGO the Musical in Manila. It's the most sexy, sleek and sophisticated show built with sharp humor and modern glam charm setting fire on stage this December 2-21st, 2014. Think of 6 Tony Awards, 2 Laurence Olivier Awards and a Grammy, this isn't your ordinary show.

To even make it better and create our own moment in Solaire, they started performing!

THE THEATER at Solaire has got state of the art audio and video facilities. It will open it's doors with this show as an opening salvo. It'll be less than three months to go before we see that. Solaire's executives welcomed us also and wishes us to come back and see their lyrical theater in all its glory and to create more moments soon. They are expanding more of the resort side as they have finished it's primary structures. They promise new places for luxury, night life and more fun at the venue.

Ms Julie Carceller Head of Smart Infinity Business at Smart Communications says bringing this new event to the Filipinos is but a great pleasure, they've brought Wicked, Mama Mia, Phantom of the Opera, Cats, Stomp and now, Chicago The Musical. They believe bringing these world class shows can only deliver true value to customers, a thing they strongly believe in for their VIP's. Chicago will only come in the Philippines, and no other Asian country will have it and they are looking forward for a great number of musical loving Pinoys to catch a glimpse of it in The Theater, Solaire!

It's clever, it's witty, it's sexy and sassy, plus the choreography is incredible! Thanks to Smart Infinity for bringing Chicago The Musical to Manila.

Terra MacLeod says "Through movement you have to deliver the message of the show. It sculpts the body and that's quite unique for the show. Standing in who you are, being vulnerable, you grow with it. I loved the movie but you can't compare it because it's live theater. It's going to be powerful and you'll see something powerful like what Paris and Montreal has seen and now you in Manila"

"The only constant thing in life is change. The only thing constant in life is Roxy. After 18 years it's like we just opened because people say we are the best in Broadway. Our mission is to move hearts, their minds, they allow us to be who we are. Staying honest. We are truthful, the script is strict. They'll understand you, you can get the audience on your side." says Bianca Marroquin who plays Roxy Hart in the show.

You'll find this show quite interesting if you've watched the movie with Renée Zellweger as Roxanne "Roxie" Hart and Catherine Zeta-Jones as Velma Kelly. It's quite different when you see it live and it'll give you chills while watching. I know I did during the preview and those were like 3 numbers only, what more a full show and that eagerly awaited prison cell scene we've gotten to know about in the movie. You can still get tickets from Ticketworld or if you subscribe through Smart Infinity's special offers. Just check the channels below. Remember, it's going to happen on December 2 and run until the 21st. I can't wait to be in the gala. See you there!

http://www1.smart.com.ph/corporate
Posted by John Bueno at 6:45 AM