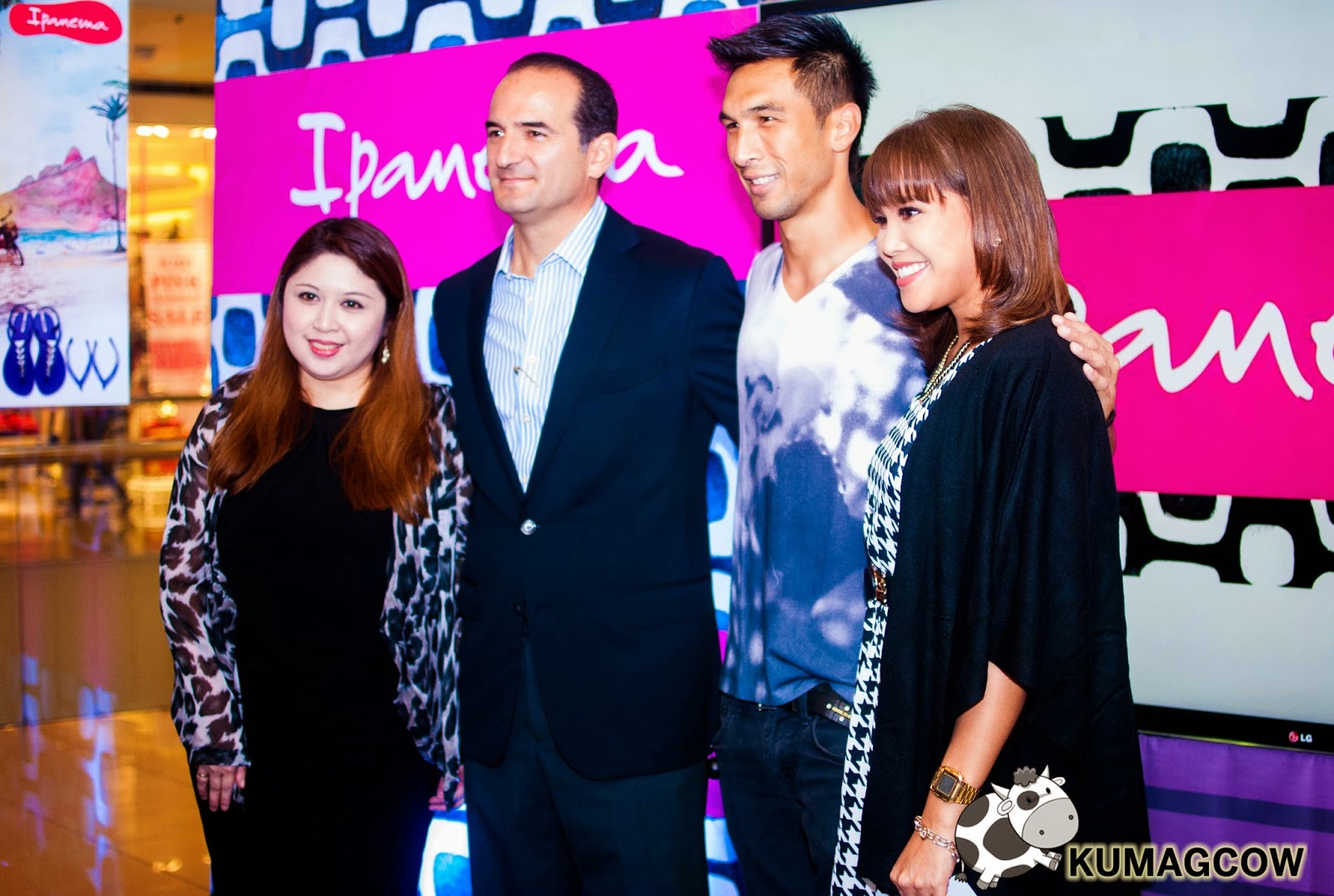 It was fun and colorful at the new IPANEMA concept store in SM North Edsa-Annex last week when they launched their new Selfeet campaign. Selfeet mainly means selfie with your feet and that starts right in the heart of Manila today. Just go to Robinsons Ermita today and you'll see James Reid and Nadine Lustre having fun with you through games, shows and a couple of #Selfeet on social media because they promise to get you to win Punta Fuego Batangas trips if you participate. Isn't that neat?

Aside from that. they'll do the same activity in Ayala Center in Cebu come October 12 and Abreeza Mall Davao on November 16. It'll be so much fun with the Ipanema endorsers and lovely people to help you choose the perfect pair if you're there.

I must say this aggressive marketing campaign by the brand just spells the flip flop industry in the Philippines must be really getting tough. It's a good thing. They also said that IPANEMA is surely going to open more stores before the year ends and even more next year. They don't really have a problem with building them but they just need more space. SM just doesn't have them anymore would you believe? :) But surely they will be seen in more locations nationwide so don't fret if you haven't experienced Ipanema yet, because they will be there.