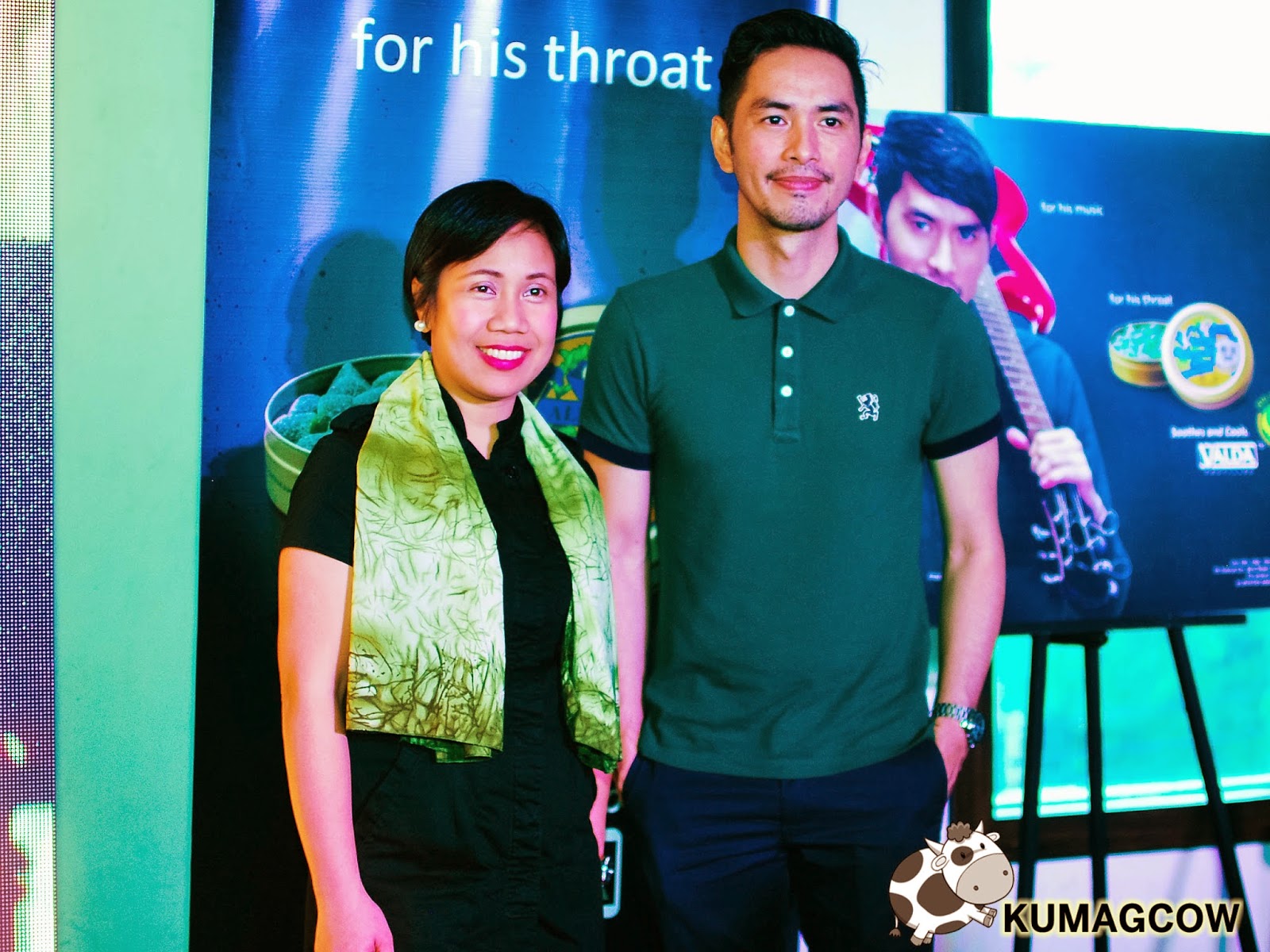 Valda Pastilles has been taking care of us since 1902. From it's early years, they have been having rounds of soothing and cooling cures for sore and itchy throat. They have been here since the galleon trade I hear and the perfect thing to have this time is a collaboration with him and Valda Pastilles in the Philippines. He represents a refreshing brand with a new look, a new feel and he's also going to come out with new commercials this month.

"It's really the product, we all have experiences taking this. From the time I tried it up until now, it's a no brainer for me. It's a well loved brand, a heritge product and I use it" says Rico Blanco.

"The track they used for the advertisement is actually a real song. The core of the song is getting soothed, if you're having a tough time, and if you hear this... everything will be alright. That's how I want people to think of it. He wants this to be his most chill song, not perfect but that's his goal..." he adds.

As for his music, he's going to release more in the digital front other than making an album. He's not going to wait and just release it right away because he doesn't want people and his music to get stagnant. He thrives to have it now, and that's what we got after the interview. Check this out!

He's glad he's part of Valda Pastilles now. They're even planning to have huge events real soon. You better watch out for that!