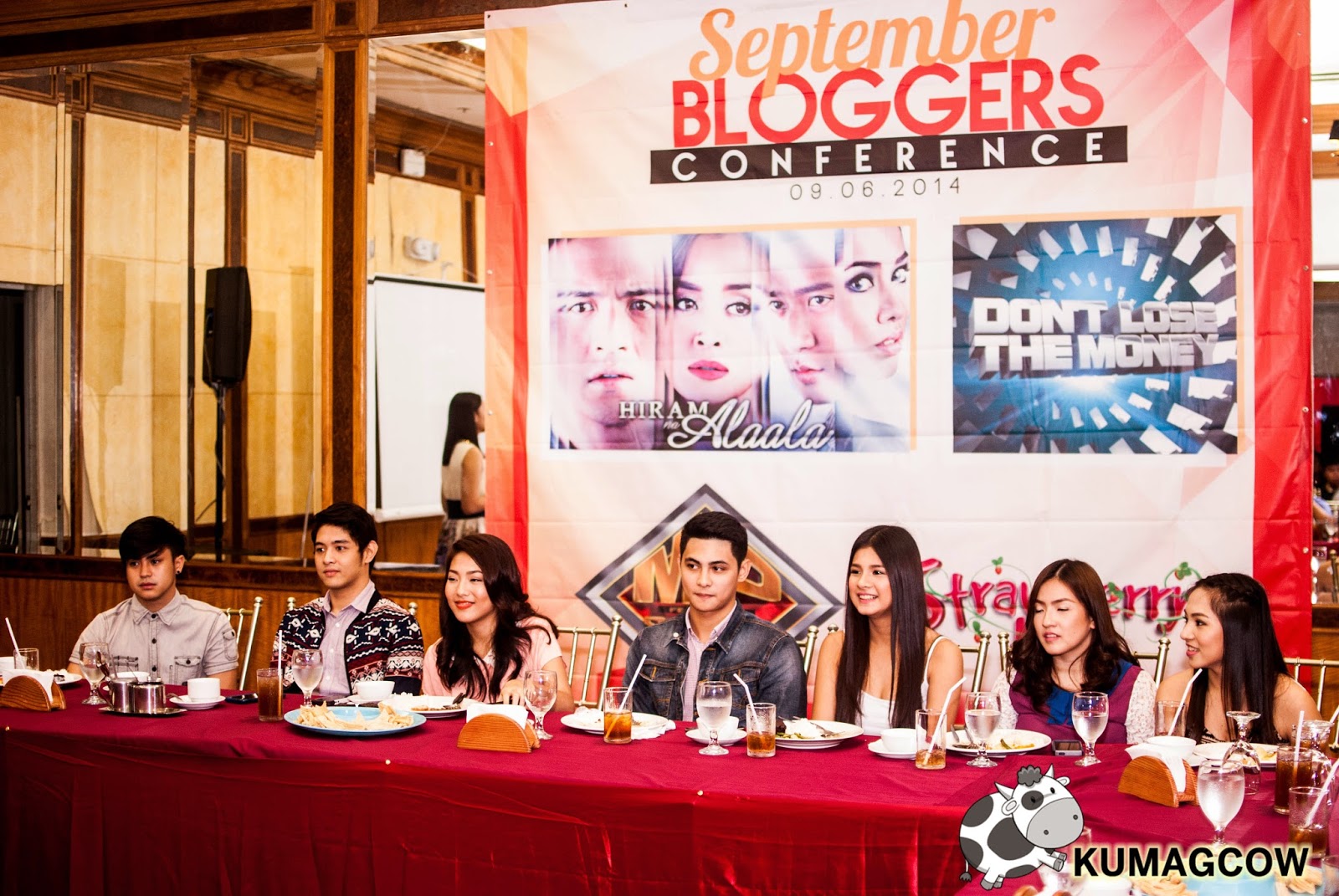 Shows come and shows go, but there's definitely something really special about the lineup of programs that GMA has announced a few days ago during the September Blog Conference at the GMA Network Center.

First up is MP Sport Science which is hosted by the Congressman, World Champion Boxer and Professional Basketball Player and Coach Manny Pacquiao. He's going to delve into the world of sports and the science behind it. He'll also take time to explain every detail in our own mother tongue so that viewers would easily understand moves, rules and plays in different sports. It will be shown on primetime and only twice a month right after the Dennis Trillio and Bela Padilla starer "Sa Puso Ni Dok". He will also be joined by sexy siren Solenn Heussaff hosting the show. It's going to start this Sunday on GMA.

Another show that everyone should be excited about is "Don't Lose The Money", which just like its game show predecessors have really made waves in GMA night time viewing. In this show, two teams composed of four contestants will battle each other in various physical challenges. The team who will keep the most amount will get to have the money at the end of the program.This will premier on September 22 and hosted by good looking boy Tom Rodriguez. Now if that isn't going to make the ladies knees weak. Right?

The story revolves around the characters of 4 girls that's got different personalities and grew up in an orphanage where they forged friendships. This is also Jake Vargas' and Bea Binene's return as a pair on screen and we're sure their fans would love how their story will turn out in this show. She also says that this is the kind of drama that you won't even know that you're already crying. One thing that she's actually a little hesitant about is how the story will be executed because obviously you're going to see a lot of characters in the show.

They're all excited though, and this is the first time that I've seen Kiko Estrada in a project. For those who don't know, he's the son of Gary Estrada... we would only expect a lot from them because some of them have already worked before. The veterans as well are going to bring something on the table because they have the experience and with the complexities of their lives in the story, it's going to be a big challenge keeping it together. Don Michael Perez and Jun Lana (the directors) have a lot of things on their plate, but judging from their work in the past... this is surely going to be easy.

This one, I'm so excited with. Two of my favorite GMA stars are here specifically Kris Bernal and Rocco Nacino. Then they start with Dennis Trillo and Lauren Young who pretty much has impressed the most discriminating audiences and this surely is going to be one epic story. We saw the full trailer already and judging from the plot, the story and the actor's performance during that short preview, it's going to be one heck of a series. Nervous? They had probably be because the one they are replacing has been able to prove worthy of its time slot, I'm talking about "Ang Dalawang Mrs. Real" (The two Mrs. Real). I have one thing to say though when I saw Dennis Trillo's showing during that evening, because as usual... he's so INTENSE. Trust me when I put a caps lock on words like that because you'll see him do things that you can't compare with other actors as he's really good.

Lauren Young did a pretty good job in the last GMA Film Overtime. She didn't discount the fact that she's actually with great actors in this project so she's going to do her best as she always does in other shows. She adds, it isn't easy to actually do this but the sheer scale of the project with Dennis, Rocco and Kris was just something she never dreamed of doing. I'm sure she'll do really good when the highlights of the series show on TV.

You've seen Kris Bernal do it countless times on GMA and now that she's also part of the lead cast in this series, she'll be interesting to pair with good looking Rocco Nacino. The role isn't easy too. Imagine her dilemma when her relationship with Rocco becomes transferred to Dennis Trillo. I heard it's a medical condition and they're going to let you know what that is when the plot thickens.

We also had a chance to talk to the writers of "Hiram na Alaala" (Borrowed Memory) and they said even if the series was a little difficult to shoot since it required them to have the actors stay in the real camp, it was all worth it. They thanked the whole PMA for letting them shoot and having Rocco Nacino and Dennis Trillo go through the real deal PMA training just like what the real soldiers do. They stayed in the camp and the PMA was gracious enough to help them make things easy so they could at least see them in a different light, not just the controversial things happening with the army.

Aside from that, what they ultimately want you to feel is this: LOVE. Even if the world is against you, even if situations don't actually become what you want it to be... LOVE can surpass this all. They will make you believe in it once more and even though I'm a skeptic... I think someway, somehow, I think I still believe in that. Now it's your turn to dive into "Hiram na Alaala" and their story. If the things seem to be impossible, they will show you how LOVE will triumph over everything and make things right.

These are the offerings of GMA this month of September, I can't wait to see how they fare in the ratings since the shows they are replacing pretty much are successful.