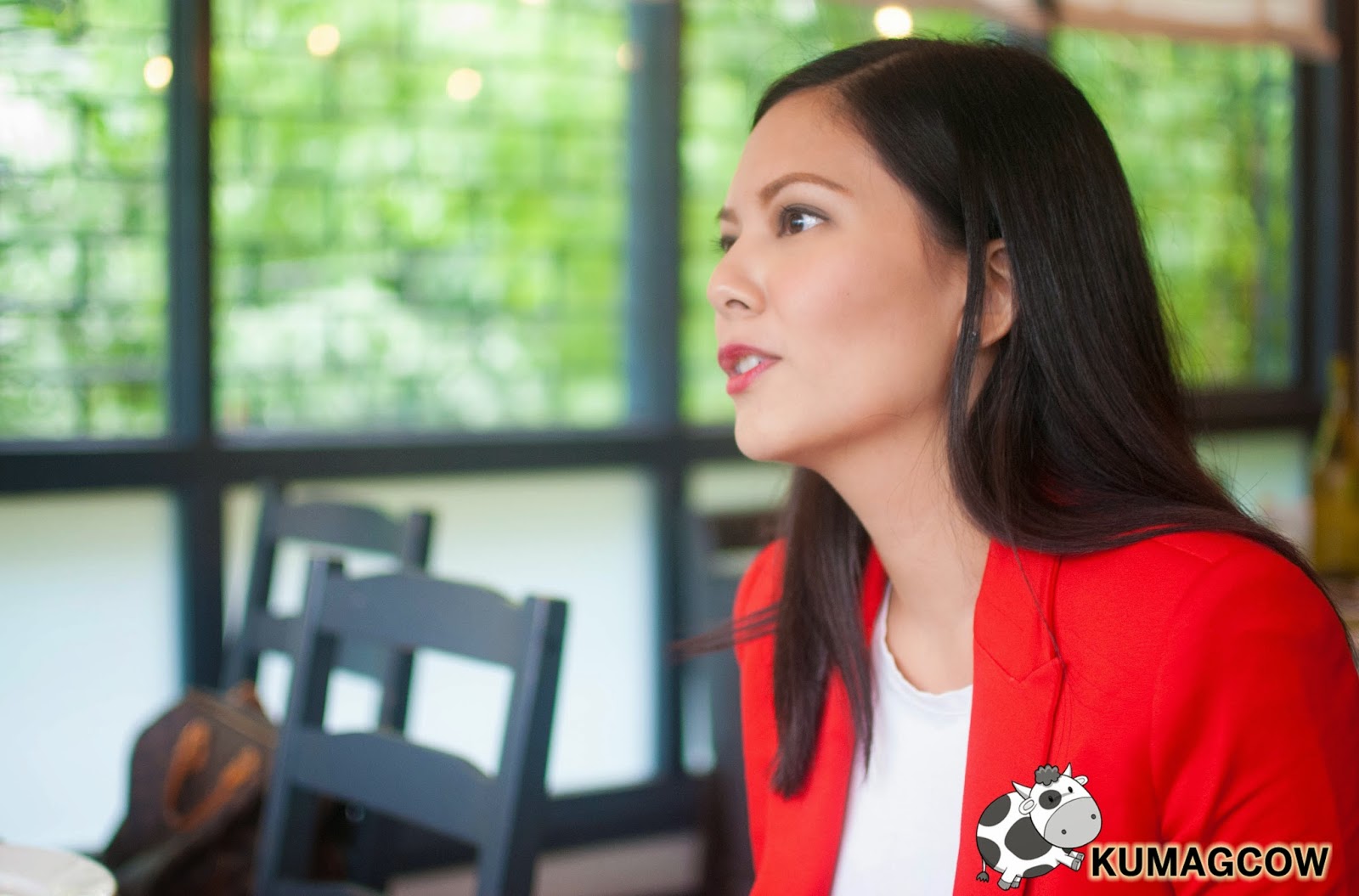 Just like you, I've been watching her on TV for the longest time. She's now doing serious acting both on TV and movies. Speaking of which, she's also starring on an independently produced film called DIMENSIA with no less than the one and only Superstar Ms. Nora Aunor. It's a tall order for everyone to say the least to be working with Nora, let alone be in scene with her. Chynna would have been very nervous, we got that vibe from her but she feels very blessed to have been able to do it.

Chynna tells us about the Director Perci Intalan's style and says "If we are on a take or if he's explaining something, it's like you were talking to your brother and he doesn't stop himself from telling you what needs to be done. He also tells it nicely and he never got angry on the set. He kept it happy so all of us felt that way all throughout the filming. We also felt like he was a friend and not just a Director. His system on how he get things done was unbelievable. We did if fast and I guess that's where his experience in production goes as we get the job done without getting tired at all. That's why Ms. Nora also loves him, you would not get the same intensity if he didn't care about his actors and he knows that. He didn't even show us the film and I was so surprised when I saw the final product because I couldn't even recognize myself. For a director who had just done his film debut, this is really excellent. It's even better than some of the films done by masters of Philippine cinema. He's also going to get better at this so just imagine. We also got this to be an entry in Portugal for this genre. I hope I find time to go there too and experience that to get feedback from other nationalities."

"Dimensia as accorded by Director Perci Intalan's vision is to really try to reshape horror in the Philippines. The progression for that genre in Japan and Thailand is really good and we're kinda stuck with our own monsters and there's really nothing new. It's not super original but it's well made. It's not a sell out horror flick and we want to show them the workings of the mind. Sometimes fear comes from you. That's why it's called Dimentia. At first you might get scared but there's drama, there's a story. That's going to be your takeaway, you think about what happens in your life after the movie. That's the great thing about Perci Intalan's film. The cinematography and sound is clean and I'm so proud of it. That's why I always ask people to watch it. Batanes is so amazing. It's so sad sometimes that we make really good movies but we don't see people watching it that much. Then people from other countries notice it faster than we do. So if you like the film, please see it and tell other people about it. I hope they get to make more films because they've done a great job, hopefully to revamp Philippine cinema."

"It is horror but it's not really to scare people, we don't want this to bother you but rather think. That's the intention. We want you to enjoy the film but take away what happens when a person has Dimensia. We want you to think about your own reality. I really like the first few reactions we got from the people watching the film. They have really mixed opinions. Working with Nora was in my bucketlist, I had this audition last February 14. Even if I didn't have a date, I was glad because the gift was mind boggling that it was Nora Aunor that I was going to work with. I couldn't really believe it. It took me two weeks to finally realize I was really going to work with her. Perci was always telling jokes about it. I hope every actor gets to work with her. They will really learn a lot. We were in Batanes for two weeks, I was still star struck. Even if she didn't treat me like I was, after a scene, she told her manager to pull me and said to me "You were great in that scene!"...after she said that, I just broke down. I just said, because that complement came from you. I was really overwhelmed. She was laughing at me, but I felt like I won an Oscar."

"Initially, they were having a hard time finding the young Olivia to play the younger me on the film because they couldn't find one that would be able to look like my eyes on the film. The stares I do, they had a hard time. Christine Joy arrived, and they casted her. She's believable like me so it was like perfect for the casting. Dimentia is a little chaotic for Mara Fabre. Things will unravel in the middle of the film, everything is inserted and you wouldn't be bored like putting the pieces of the puzzle they had to put together. Like the Monet painting she was trying to solve. The doll was Olivia's by the way, it's not Maria Leonora Teresa."

We then watched the film the day after. I must say they did do it differently. I don't want to spoil the story for you but in a nutshell, the performance highlights were when Chynna was in shackles. You should watch out also for Nora Aunor's tight facial shots because you will be moved by her eyes much like her other films have always shown. It's in the eyes.

The magnificent landscape views in Batanes is like a dream, you'll see it as a perfect backdraft for the story and make the people see a part of the Philippines that's less traveled. You'll really be creeped out on parts of the film wherein they did intend to scare you. I didn't find Jasmine Curtis' performance too good on some scenes but we can laud her on those where she got possessed which comes a little later on the film. Overall, it would come to a point where it'll make you think. This is exactly the reason why Perci Intalan made this film, he has achieved his story telling even on a very limited budget. That's massively important, to just get your point across. I can imagine this would have been better with more computer graphics especially on perceiving a more contemporary ghost like appearance on the ghost that's in the film. It's already being shown on theaters (since the 24th!) so I suggest you take the trip to the mall and watch it especially because these are probably one of the few films that Nora Aunor will make in this decade.

Good job Chynna! You did good.