All the Best in COLOURS Glamfest Year 3! 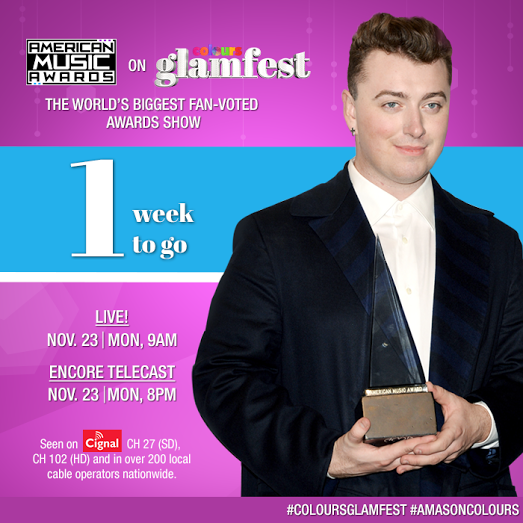 If you're not on CIGNAL or some local cable operators nationwide, then you're missing a lot. The world's best shows, the biggest Hollywood celebrities and events, is going to be in the COLOURS - the first HD dedicated Female Lifestyle Channel in the Philippines. This November, they're taking us all the way to the 2015 American Music Awards to see some of the greatest artists in the US charts. Aside from that, they're also showing the Golden Globe Awards on January and the Grammy's on February 2016. For runway and babe lovers, they've got the much awaited Victoria's Secret Fashion Show slated this December 2015 which includes well loved Kendall Jenner on the catwalk too!

The AMA's will be broadcasted live on November 23, that's Monday next week at 9AM Philippine Time. You'll see the my love Jennifer Lopez, and performers 5 Seconds of Summer, lovely Selena Gomez, hunky Nick Jonas, sexy Demi Lovato, the teen loved One Direction, country star Carrie Underwood and Walk the Moon to start the show.  Expect the best because your favorite emotional songwriter and country pop star Taylor Swift, Ed Sheeran and The Weeknd is leading the nominations. Whilst you'll also get to see Wiz Khalifa, Charlie Puth, Mark Ronson, Bruno Mars, Ed Sheeran and Taylor Swift battle it out for The Song of the Year. Then you have LIke Bryan, Arianna Grande, Maroon5, Nicki Minaj, One Direction, Ed Sheeran again, Sam Smith, Taylor Swift, Meghan Trainer and The Weeknd punching each other for The Artist of the Year Award. Encore telecast will show later at 8PM on the same day. 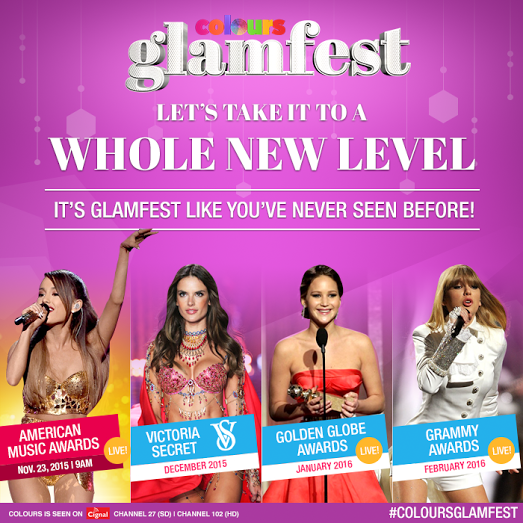 COLOURS will also be having a grand COLOURS EXPO where you'll get the chance to win the ultimate beauty haul, tons of prizes plus a one of a kind designer gown so you and your friend can walk the red carpet with the Philippines brightest stars and celebrities. It's called GLAM UP for the GRAMMY's PROMO Year 3 which will come this December so watch out for it on their official Facebook page https://www.facebook.com/colourstvph or follow them @colourstvph on Instagram and Twitter. They'll take you there!