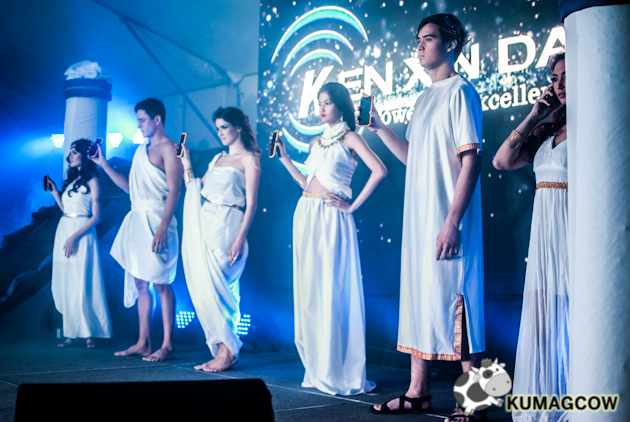 I must admit, I didn't know the brand Ken Xin Da before this event. They just actually launched a few days ago at posh Sofitel Manila and did it in a grand way. The stage was set and arranged to mimic Olympia, complete with Greek gods and goddesses holding what seems to be new mobile phones that I personally haven't seen before. They're set to conquer the Philippine market with an unbelievably low priced phones that are perfect for those who find function, fun and protection from the elements. What do I mean? Let's just say the literally put one of their phones underwater! 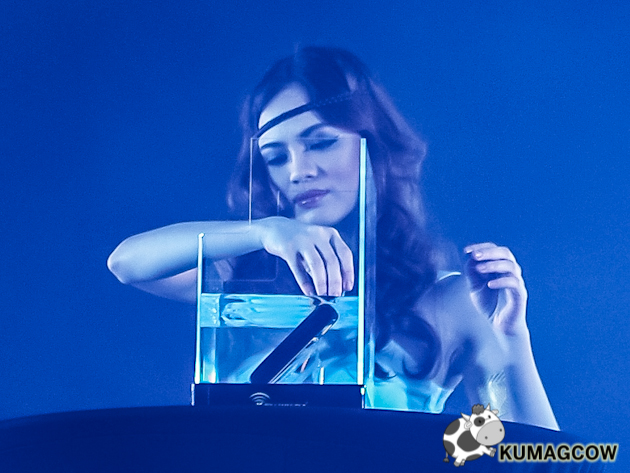 Here's what happened during the show! 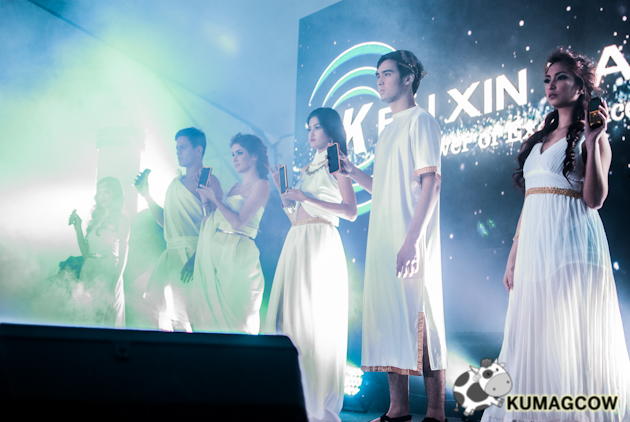 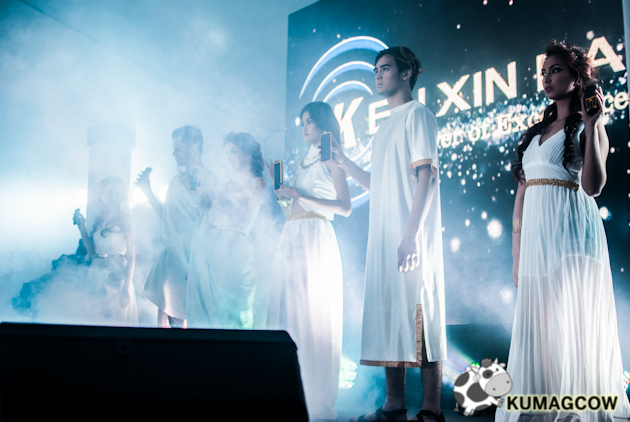 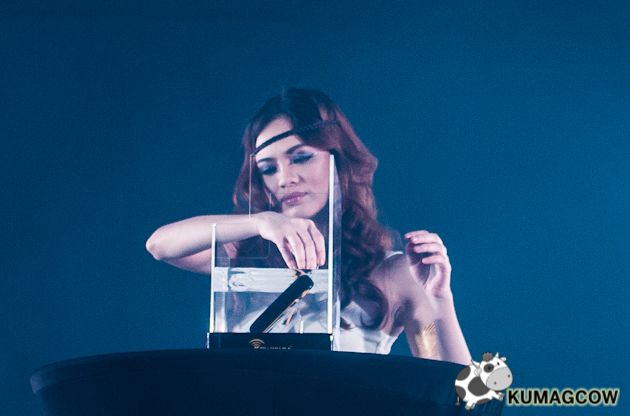 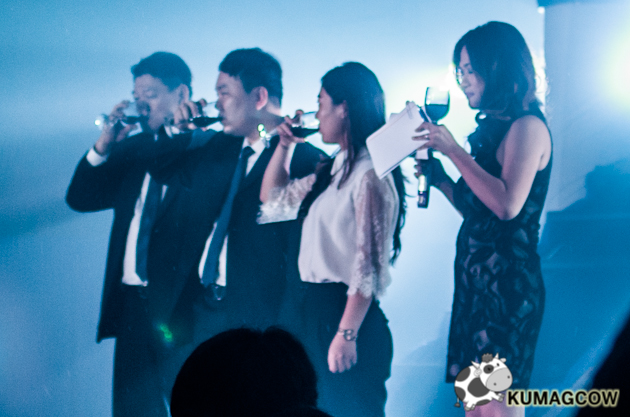 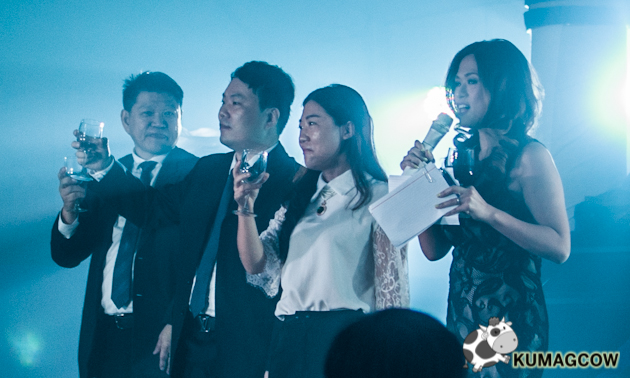 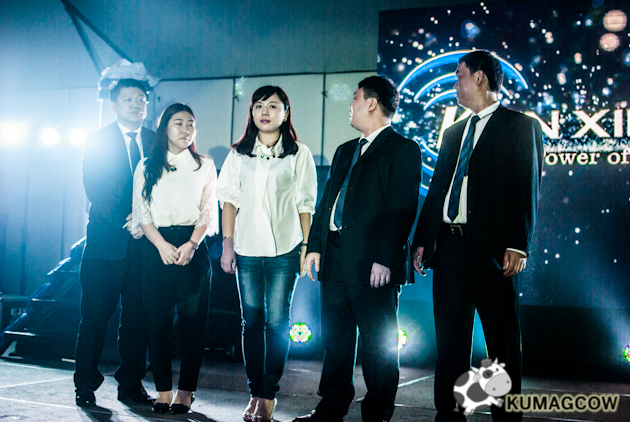 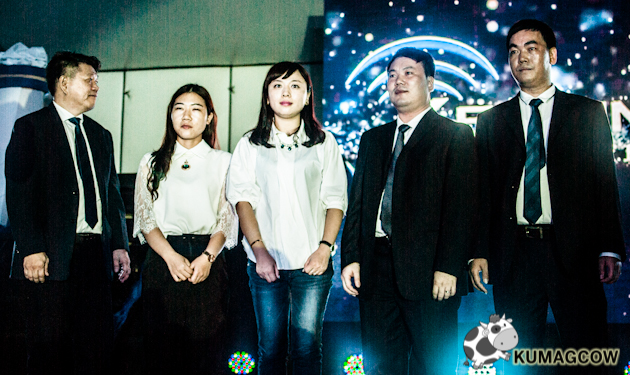 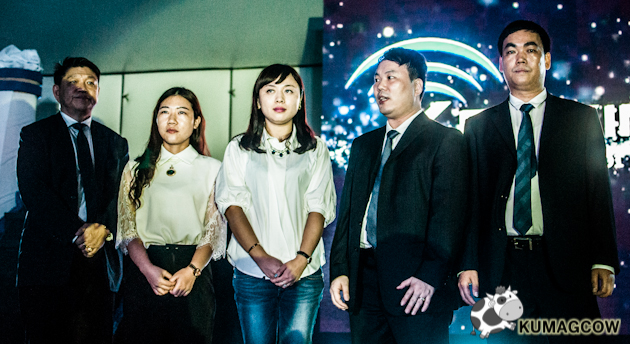 Aside from that, they've also got some small fancy phones that looks like cars. There's also one designed specifically for women, it's a flip phone that turns into a car too. I've seen some of the handsets only cost from a few hundred bucks, to just a little over 3 thousands pesos. Now imagine if this actually lands on stores. That only means there's no reason anymore to NOT actually own a smartphone. Best of all, they offer something really different at these price points and I'm very impressed about the Ken Xin Da. 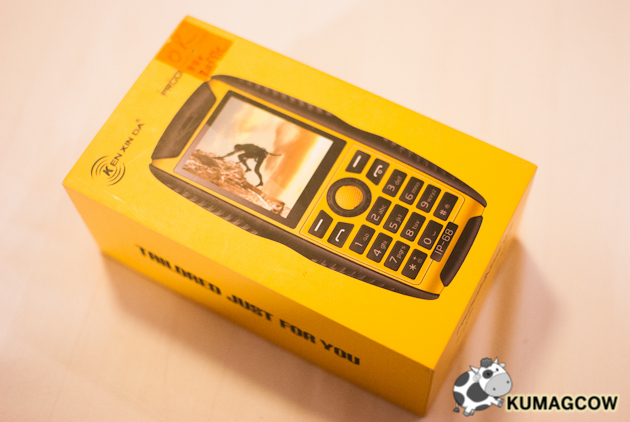 This is the KENXINDA Flattop W3. It's a very cheap mobile phone which is part of their line called Proofings W3. It's dual sim, a little chunky, but it's still considered a small mini sized cell phone in this part of the world. It's a Waterproof Mobile Phone which means it can stand the elements. It's designed to withstand accidental falls, temperatures and even to the point of getting it submerged. Now imagine taking this to your mountain travels where it could experience bumps, coldness and moisture in the outdoors. It'll still survive that because as you can see on the photos above, they already put this phone on water and it still displays, it still works. 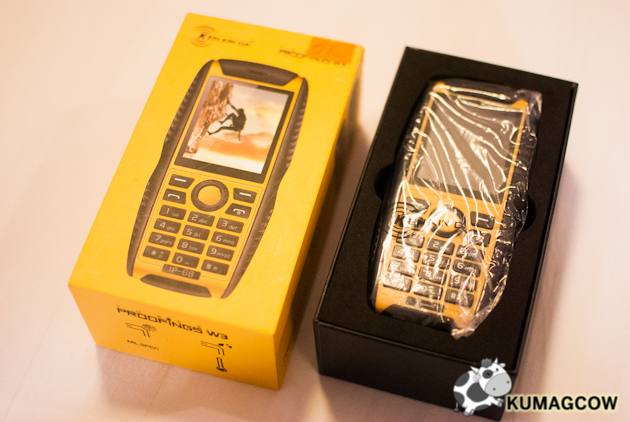 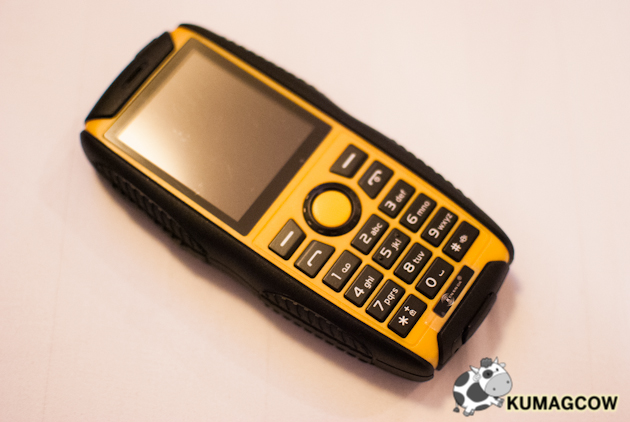 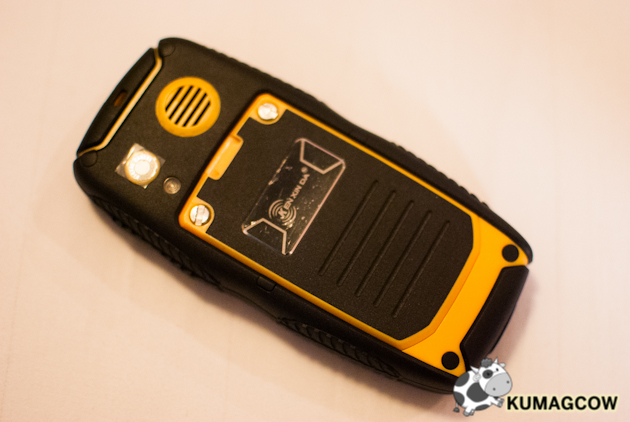 I tried it out for size and took out the content of the box. My first problem was just how to make this work. There should be a place to put in the simcard but I was thinking of a way to open it on the back by flipping things, but none of them seem to budge on the edges. I didn't read the manual because I thought it was easy, then I found this lot. It's got 1800 mAh for batteries so you can stay here if you need to. 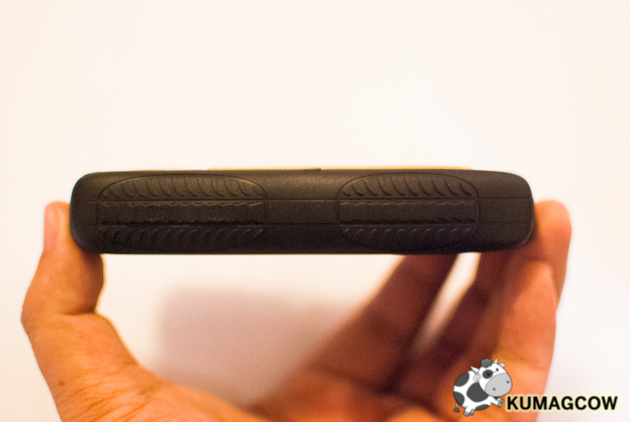 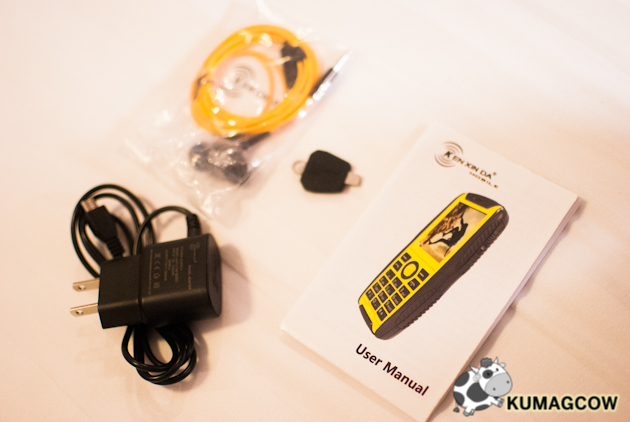 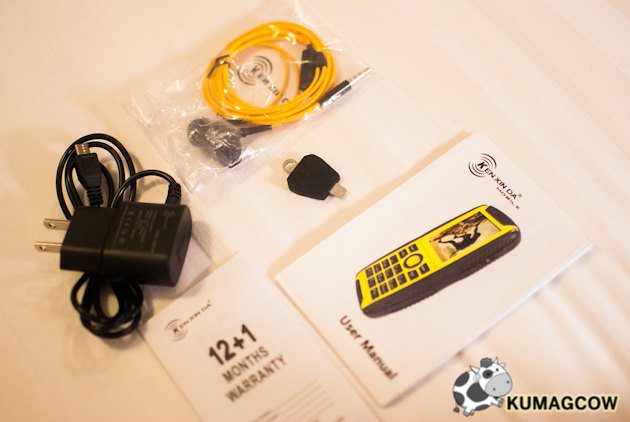 See that thing in the middle? It's a small screw driver that fits perfectly on the slots on the back of the phone. Apparently the phone is sealed shut so the only way you can whisk the back away from the phone is to unscrew it first. It's convenient though after that because it's double sim. It runs on Android even when it felt like Java when I operated it the first time. This is a 2G phone so you only get the practical parts of the smartphone. It doesn't have wifi so you might want to consider that in your purchase. The back camera is 3 Megapixels, it also autofocuses, has Bluetooth connection, a built in flash, Dual Sim ports, ability to Email, has an FM Radio and GPS. It also has a loudspeaker which you can use when you need to talk. It also comes with a charger and earplugs. 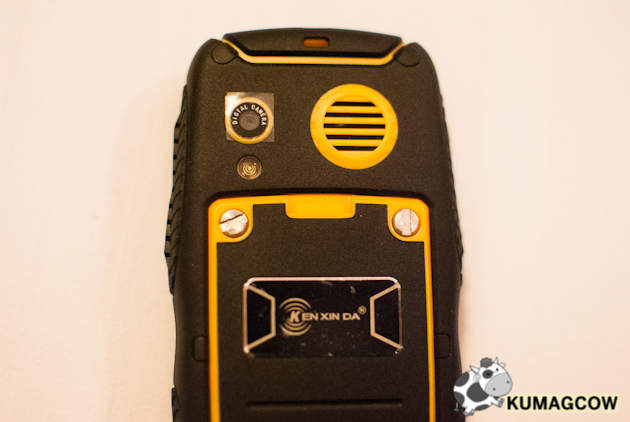 Screw it back in and you're good to go. Now remember, you only got a 176 x 220 screen but it's basically enough to see on mobile handsets. However, like the other Ken Xin Da handsets, it does the job. There's also a couple more things on the phone which I still find basic, a thing that non smartphone users would appreciate if they are using this as an "entry level phone" of some sort and take it to mountaineering trips or just plain sports events that require a tough phone that can withstand drops, bumps, and still work. Or maybe they would be fine having  powerbanks too when the need arise. 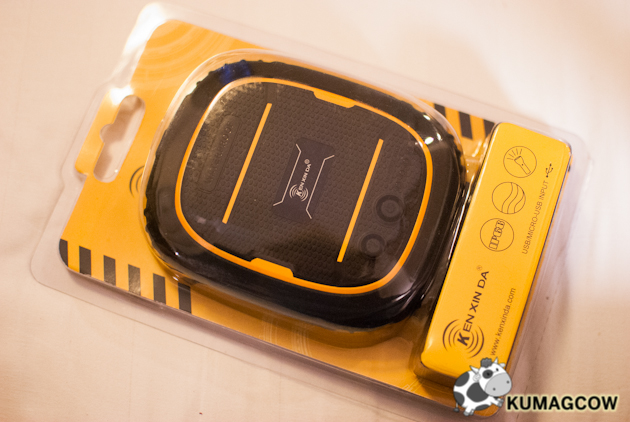 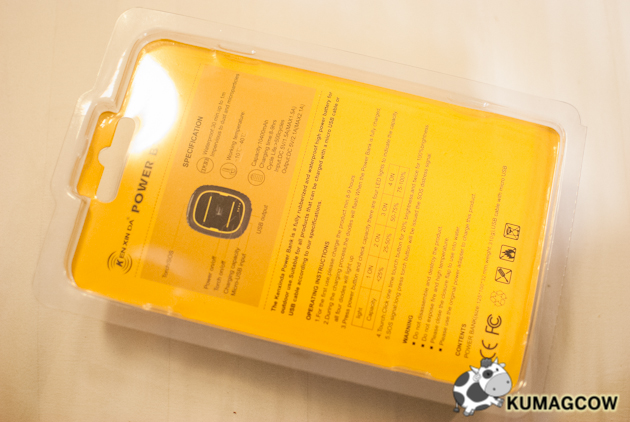 Speaking of which, they've got the Ken Xin Da Power Bank. Just like the phone above, this one has got the same waterproof concept implemented. Imagine when it rains, when you need to walk to the sea or just plain jumping into the pool. I remember a friend who pushed me into a pool once, he didn't only get my phone wet, he also kinda almost had me worried. I don't know how to swim LOL! So if this one is a good option for the powerbanks that are still in the market, this one's totally different since it's got that ability.

Congratulations to this new player in the market. You will definitely shake the mobile phone market with your low price points and specs. I even think I saw a 300 peso phone somewhere during the launch, but you would have to see it yourself by sending inquiries on the channels below. Congratulations Ken Xin Da!

http://www.kenxindaphilippines.com/
Posted by John Bueno at 3:10 AM