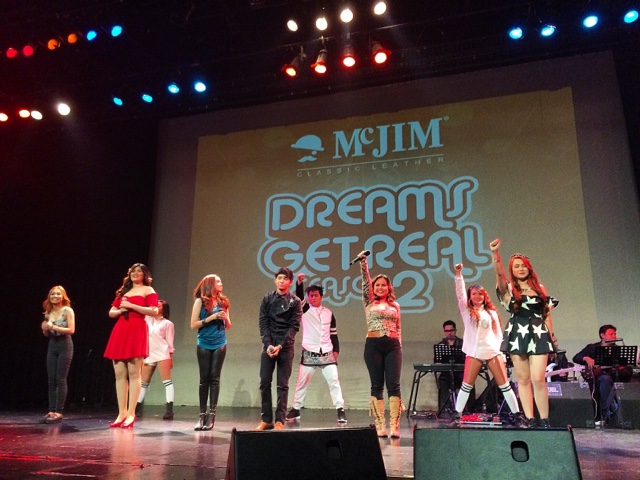 It was powerful, surprising, ultimately amazing to see the finalists of Dreams Get Real Season 2. It's the second installment of the successful Dreams Get Real campaign that popular leather products company McJim has launched since last year in the aims of discovering a new breed of talents and making their dreams of performing come true. The prize include Php 100,000, a talent managment contract, a full album and even a whole production of their music video.

Here's what happened during the event: 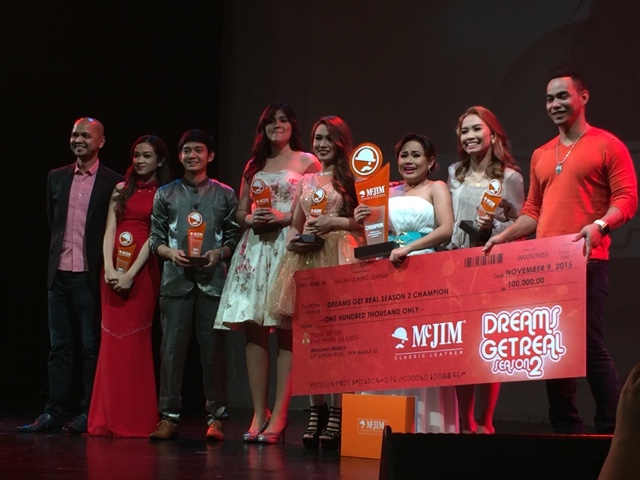 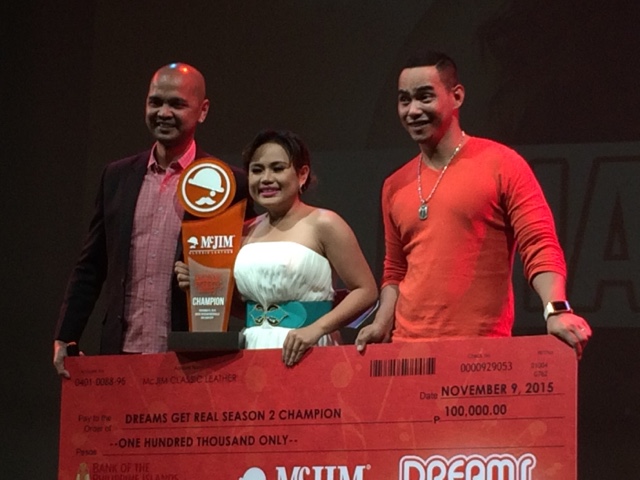 In the end it was the vocal prowess and experience of Apple Deleva that got her to win the contest. She's already got several contests locally and won an international competition too. We saw her crying on stage while she was getting hounded by the press because she says "I don't want to join contests anymore because it's really hard for me and my family. It's not a joke, I hope winning this competition will now make my professional career as a singer take flight and hopefully make my dreams come true."

She's got a lot on her plate now and perhaps the prize money, the management contract, the video grant and the album she won from this particular contest will get her places just like the previous ones who also won in this competition. She might just be your next OPM star, and think about it... she's just starting!

Congratulations to the finalists and thanks to Mc Jim who has always supported the talented Filipinos and the OPM industry since the very beginning!

http://www.mcjimleather.com/
Posted by John Bueno at 3:05 AM