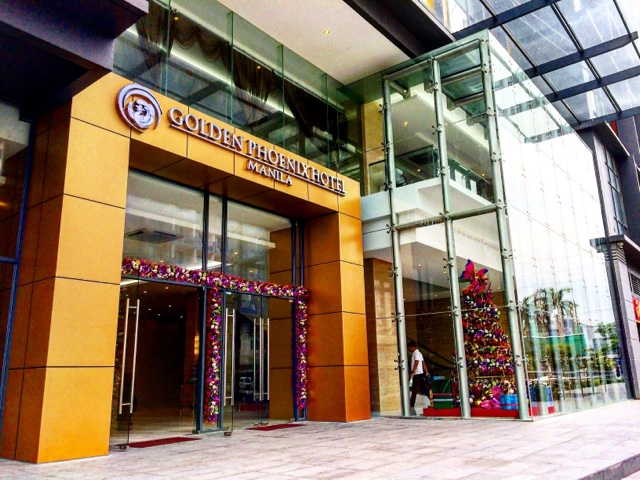 It was a great day to start a journey to the south, particularly in the Mall of Asia area where thousands of people flock for the mall, the entertainment, the conferences and just about anything under the sun. We stayed at the Golden Phoenix Hotel Manila. For those who don't know, they're the same people who put up Golden Phoenix in Boracay (the one in the Station 3 market) which I think I've stayed in a couple of years ago. They wanted to establish a base in Manila and this was the right venue. It's right in front of SM SEA Residences and a couple minutes walk to SM Mall of Asia. If you're having an event in SMX Convention Center or watching a concert in MOA Arena, this is the closest hotel you can get and it's really new. Not much know about it but as of this reading they've been 80-90% occupied which says a lot about this hotel. It's really nice and if I could tell you one thing to note about their rooms is that, it's really huge. So in a nutshell, it's location, the ambiance, the rooms is its selling point. They've got pretty decent food and really good service even if they're just starting. I bet this would be packed on holidays and when huge conferences happen. Golden Phoenix Hotel Manila is still finishing some of their restaurants, pool and other floors but from what I've seen so far, it is very promising.

The journey there was easy, although only a few people know the place they've got tons of establishments around them to actually be busy with. It's proximity to these places, plus some entertainment hubs like City of Dreams, Solaire and Mall of Asia make it a worthwhile place to be in. It's not noisy, you can see that everything's new and you get a pretty good room rate if you actually book early.

The use of this 360° virtual tour of Golden Phoenix Hotel Manila in Pasay City is authorized by Traveloka.


I had fun inside my room and had filling breakfast buffet in the morning. You should definitely book a room in Golden Phoenix Hotel Manila real soon!

For more information about their hotel: