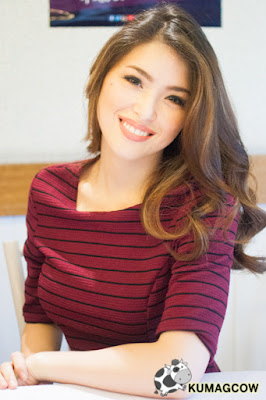 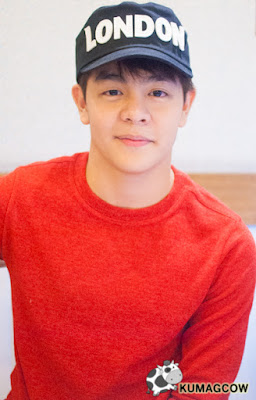 Seeing Kylie Padilla and Julian Trono is but a good thing. Kylie for the most is one of the most straighforward actresses I know when it comes to answering questions. She doesn't mind intrigues, showing a spade a spade especially when it comes to talking about her being an actress and what she has accomplished so far. I've long adored her beauty, and I feel her work has been sometimes left unnoticed. She's a pretty good actor and she's already proven that in several movies and programs on GMA. She's also been nominated in awards shows recently; and continues to do her utmost best to anything that's thrown to her. She was also asked if she had some frustrations, she answered bluntly and said it's to actually be as great or even better than her father. It's a tall order of course, but she is optimistic that nothing is impossible with hard work as she's been always doing that all these years. Since Buena Familia is extended, she's hoping that everything in the story would turn out happy.


Julian Trono is hands down one of the best dancers this country. His KPOP training is evidently seen in each performance whether he's in a mall show, just outside or even the PaGMAmahal Blogcon where we interviewed them that afternoon. I specifically like his upbeat songs (oh yes you can still get his album), his knack for music (you can't dance without hearing the beat), his eye and hand coordination (hence it looks effortless when he does his thing) and he is super humble (I have never even seen him do otheriwse). He plans to resume training pretty soon, but since he's extremely busy with commitments locally he might be still holding that off - otherwise he won't have any sleep. In Buena Familia, he laments he's always on "beast mode" as he's always protecting everyone in the family; and his only hope is that his character would in some way have a love interest... which also puzzled us because everyone else had one. I'm sure there will be more room for that to happen because the additional weeks that they were extended to just got extended again with two more weeks. Like Kylie, he too would want something good to happen since they've suffered much in the story.

Here's part of the conversation we had with Kylie and Julian:

Buena Familia starts right after top rating show Half Sisters in GMA's Afternoon Prime timeslot. Make sure you stay glued to the TV and see what nice things they have in store for you. I'm sure it'll be good!

http://gmanetwork.com/artistcenter
Posted by John Bueno at 12:50 AM