The ASUS ZenFone 2 Laser : Best Hardware for its Price 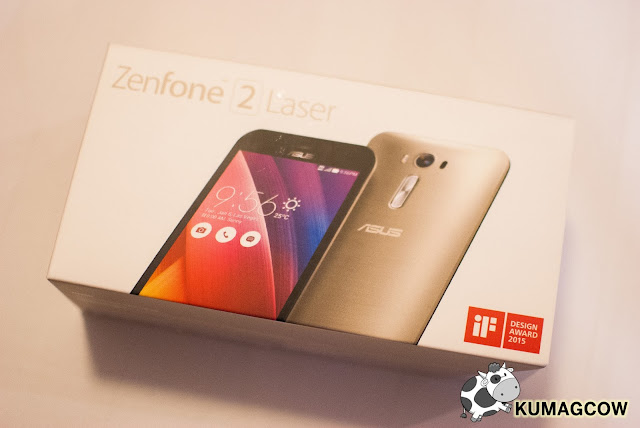 This is the ASUS ZenFone 2 Laser. I've been using it for a couple of weeks now and trying out its features. I must say, I have pretty high standards when it comes to Android phones because I'm an iOS fan (weird but let me make a point). I abhor things that are not easy to use. In the real world, the people who are probably using these phones want something that works. Add to that an excellent camera, a worthy processor that doesn't lag when playing games, or editing photos and videos, plus a lot of other apps that need memory + resources and still perform at par even if it's at a low price point. If my information is correct, this is actually ASUS' most sought after phone in the Philippines because it's priced attractively, gives gaming and apps the needed sources to smoothly function and honestly, it's one of the best looking phones I've ever encountered that's on Android OS. 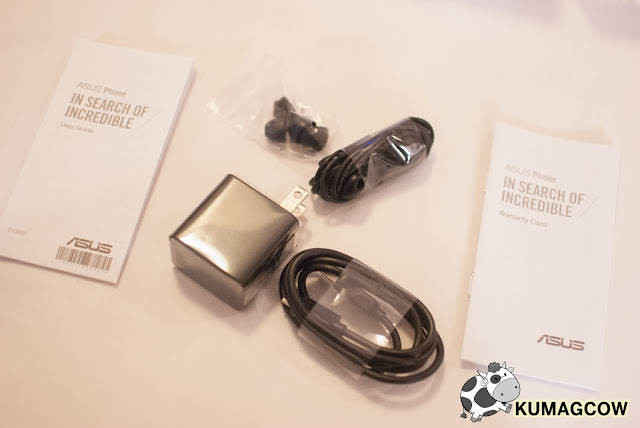 The box contains the charger, the headphones, the Warranty Card and User Guide. They also use a certain technology on the cable and charger making it doubly safe to use it and charge fast, and efficiently. It protects your device from damages spurred from power surges, isn't that neat? 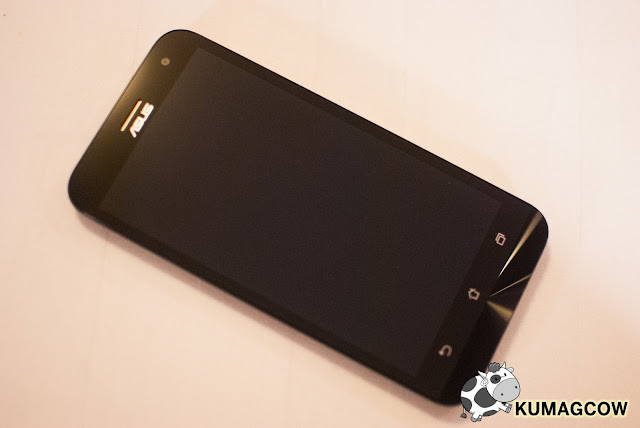 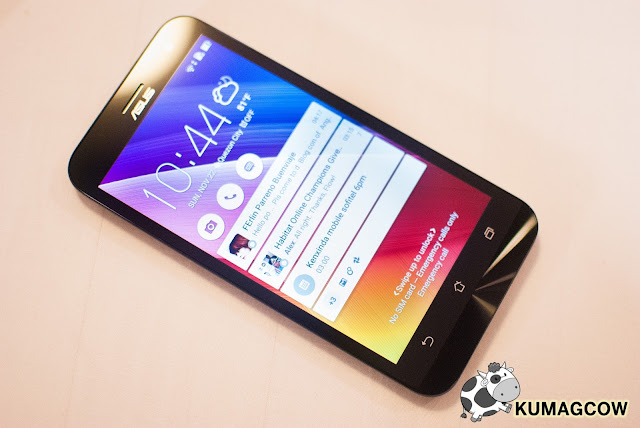 The face of the phone looks absolutely stunning. It shines naturally and has got a concentric finish on the metal frame. The 5 inch screen supports HD at 1280x720. The screen is also made with Corning Gorilla Glass 4, which I've seen tested by chopping vegetables on top of it. It also is known to be twice tougher in drop tests compared to other glass covers so you're practically getting protection from it too. 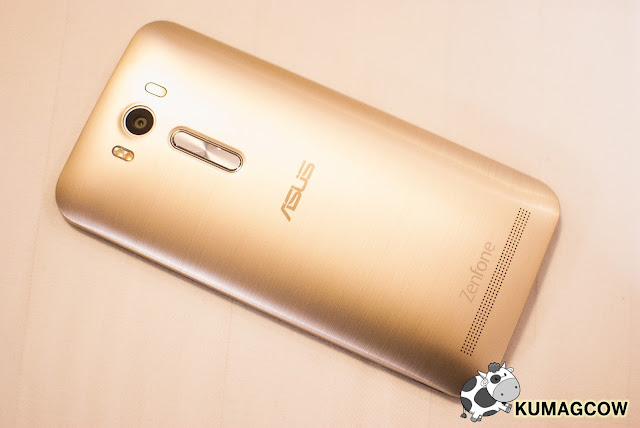 It's obviously has been designed well, all confirmed by several international and local design awards that make this a worthy phone to carry around. Oh yes it matters, because if you aren't confident about what you wear, at least you're getting attention with it. 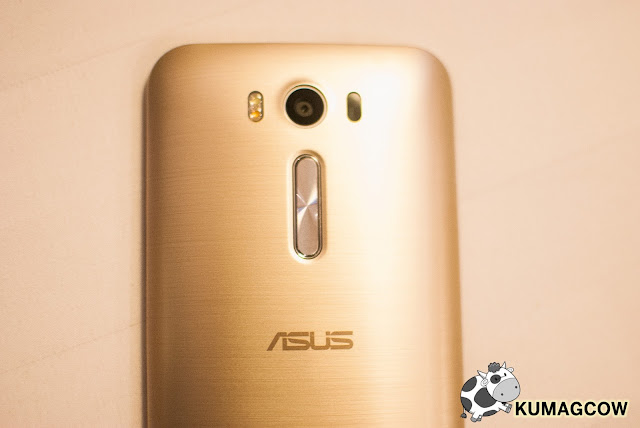 You see something beside the 8 Megapixel cam? The one on the left is the flash, while the other one is the laser which makes your camera perform and sense distance, making your camera to focus almost twice faster than an iPhone. Isn't that a thing of beauty? 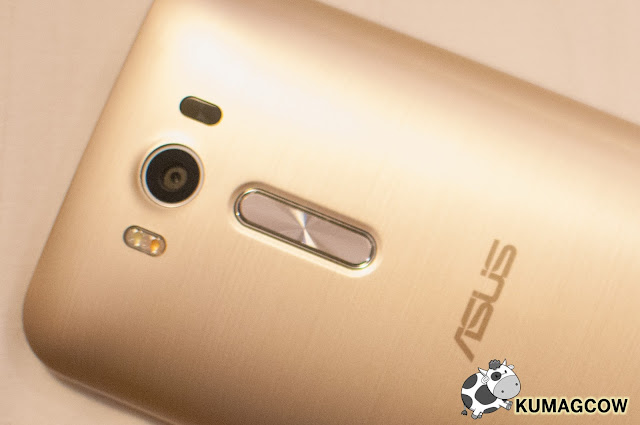 That strip on the back is actually a switch for volume control. I think this placement is genius as you can still reach it safely, not on the sides where almost every other phone company uses it. No more accidental pressing when you've got it on your hand. 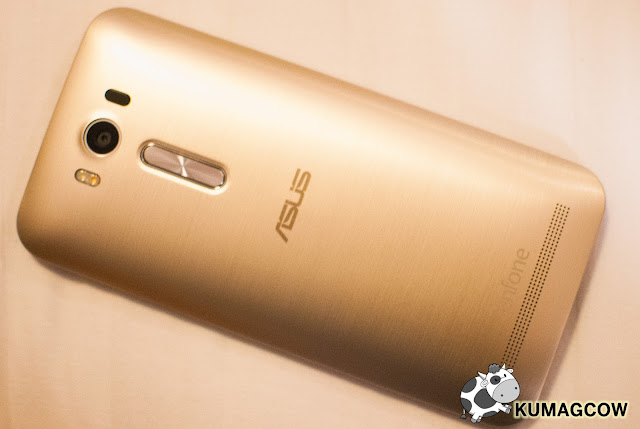 And again, the metal finish on this phone just speaks how much care they put in on the design. Aside from this good looking Sheer Gold, they've got other colors like Black, Ceramic White, Silver, Purple, Aqua Blue and Glamour Red. It's lighter than my iPhone even if it's practically bigger than it. It's cover can be also swapped with different colors so if you've got a friend who also has one, just take it off and put theirs on. I did that during the event we did in Intramuros when a photo walk was hosted by ASUS. I loved the Red too! 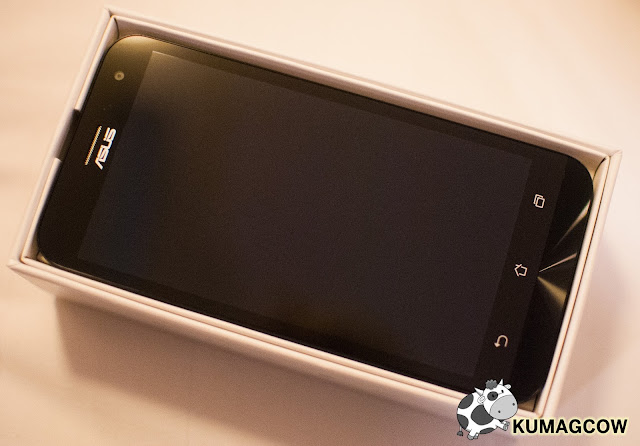 Check out our Instagram posts during the One Day of Zen event held in Manila. It made me miss street photography even more! 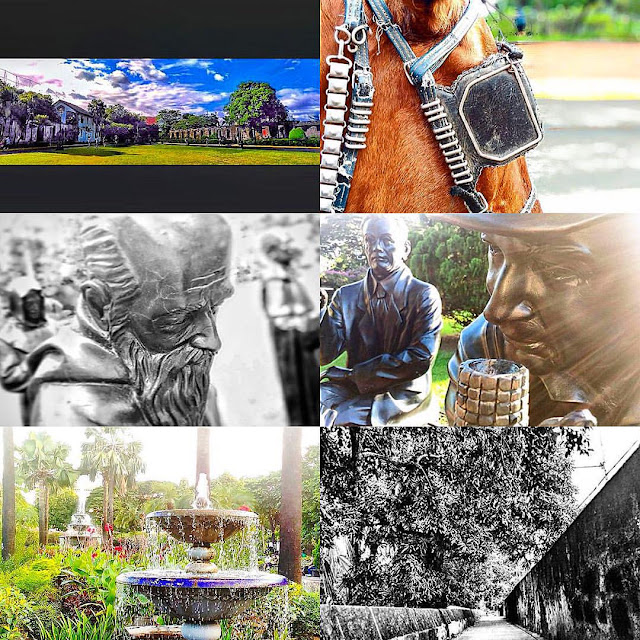 Normal photos, landscapes, black and white, photos with depth of field, or just plain selfies are so easy with the ZenFone Laser. It also focuses faster than other phones in the market, making each shot very easy to manage when you're in a photowalk just like me. 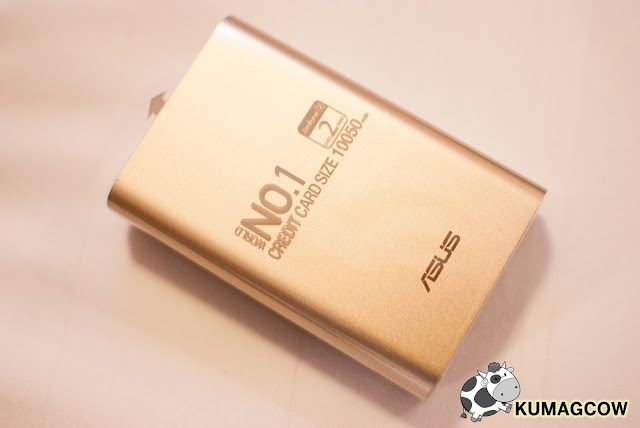 Also, you've got to have the ZenPower. It's one of the few power banks that does its job. I've never seen a ZenPower power bank die on anyone that has it. If it works as advertised and it doesn't give you problems charging, isn't that a good thing? Exactly, because I've got other power banks here that is larger and promised me hours of charging and it didn't even work the next day.

I love the Zenphone Laser and this product by ASUS is the choice of most bloggers I know. They don't even carry around those big DSLR's anymore because the photos and videos from this phone works out of the box. If it impressed them and made a ton of ZenFone Laser users in the Philippines say this phone is "worth it!" then you've got to have one today! Hurry and get it on a discounted price at http://store.asus.com/ph.