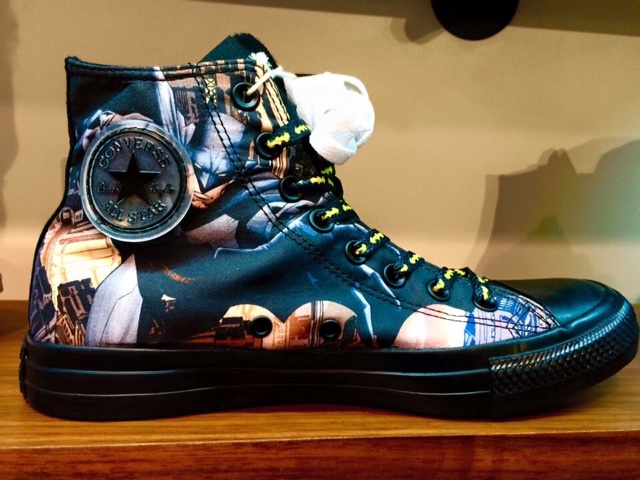 I love Converse and they probably are in more or less 20% of my shoe population right now. They just game me more reason to increase that number when they announced the launch of the new Converse Chuck Taylor All Star DC Comics line this weekend. I'm a HUGE Batman fan and seeing what they have released on this day, I was already saying expletives in my head because I loved every bit of it. Check out our video!


The Converse Chuck Taylor All Star Wonder Woman sneaker dons the artwork from the Co-Publisher of DC Entertainment Jim Lee. It's got the character's image on the tongue and sides of the shoe, the logo is also on the actual laces. The laces are also available in black and white so you can change the look depending on your mood. It's available in US 5-8 size, and is very limited.

My personal favorite though (which I don't have yet) is the Converse Chuck Taylor All Star Batman sneaker which shows the caped crusader flying towards the screen on both sides of the shoe. I also like the semi opaque Converse logo that doesn't bother the whole look of the show so if there's something I'd like to buy, it would be just that! The Superman, Justice League and Batman is in sizes US 7-11,


Check them out at all Converse branches nationwide! It costs Php 3,510 a pair. Get it before it runs out!

For more information about their shoes: