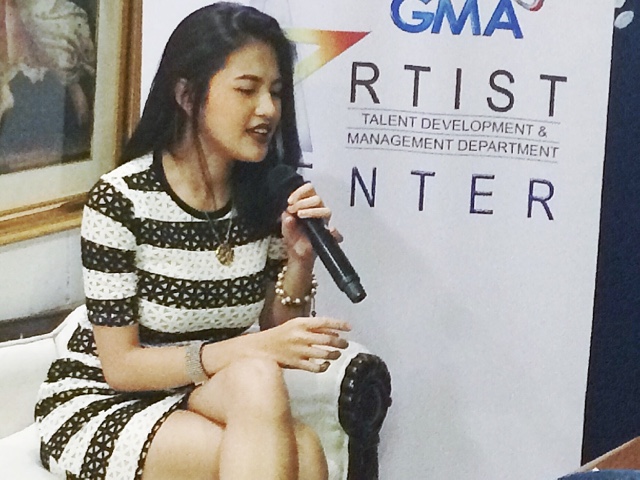 We met a very thankful, happy and proud Julie Anne San Jose yesterday during the blogcon of her EP album called FOREVER. She was in that mood after several successful shows, phenomenal afternoon prime programs and a few wonderful singles released too. This one which will be available digitally on iTunes and other sites and she couldn't be more proud about it. They've worked painstakingly hard on this particular track since they've recorded it in the same studios as with other noted RNB and rap artists in New York. She's also working on this US career which she hopes will get bigger even if she's an Asian/Filipino artist. I get the vibe that she's not even worried because she knows she can get there with hard work and perseverance.


She treated us with the wonderful song before we started asking questions. Here's the video for FOREVER her carrier single for the album with the same name.

Here's an excerpt of the interview we did with the gorgeous singer.


Make sure you get her EP album as it's available on digital downloads worldwide. Thank you so much Julie Anne for being so nice too during the press conference. She also thanked the you guys for supporting her all these years!

http://gmanetwork.com/artistcenter
Posted by John Bueno at 8:21 AM