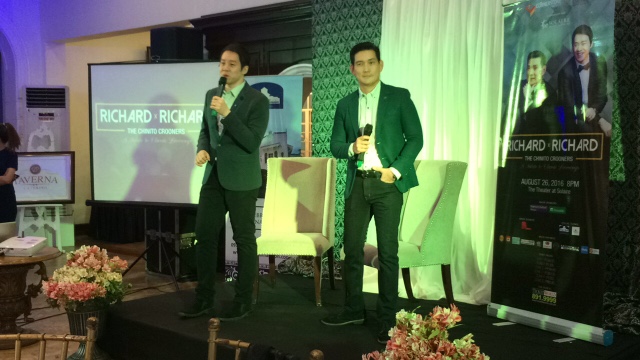 It looks like the Moms and not so Moms are gonna have a grand time on August 26, 2016, 8PM at the Theater at Solaire. It's called RICHARD X RICHARD The Chinito Crooners: A Salute to Classic Lovesongs. They have both been admired in their respective fields and it's about time Richard Yap actually does another thing that he loves which is singing. Richard Poon on the other hand is excited because he'll get to sing not so popular songs but classic ones, which most of the organizers even liked when they conceptualized it. Richard Poon also wanted to support Richard Yap as this is his first time to go out as a singer, which the former encouraged him to do a long time ago. 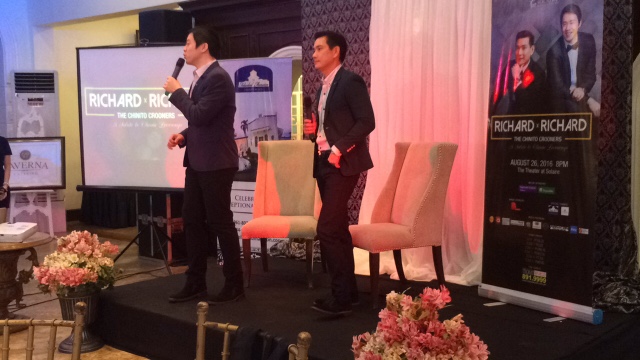 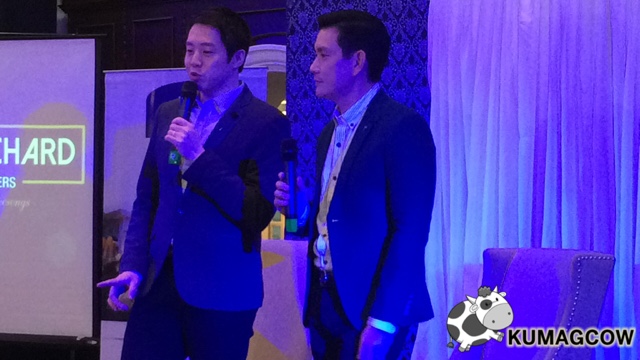 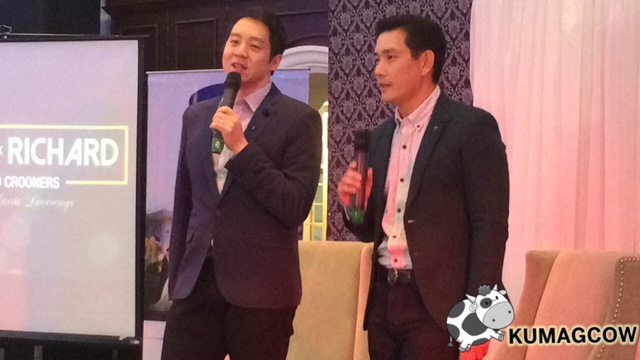 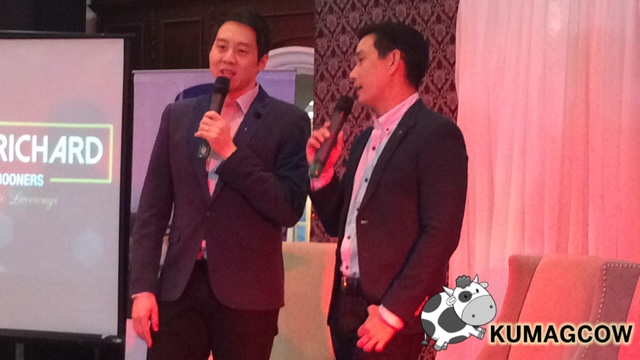 Richard Poon also joked about stealing the audience of Richard Yap as he noticed most of the moms were in the VIP section in a gig they did a while back. They are still arranging guests, hopefully they could bring JK, Bailey, Jody Sta. Maria, Maricar Poon in the concert but they are still confirming it.

This was pitched to them a year ago by Richard Poon's manager. They thought about it and agreed to it a couple of months ago. As for the genre of songs, Richard Poon knows how it is a little difficult to combine what they're doing. Richard Yap mostly does love songs in the 80's and 90's while Richard Poon does standards even in the 50's and he knows he had to adjust a little on the POP side because of it. During the presscon, they had delved a little about politics and bashers online but some have valid answers, so they do talk. Anyway, they will be showcasing what they have in the lineup and you should be excited! They're also launching an album, hopefully before the said date and it will be also a collaboration. They also have half of the playlist already recorded and hopefully be out very soon! They're trying to revive and get the songs be interesting so the younger audience appreciates it.

Again, it will be at The Theater at Solaire in Pasay City this August 26, 2016. Tickets available at Ticketworld.com.ph or call 8919999 today!