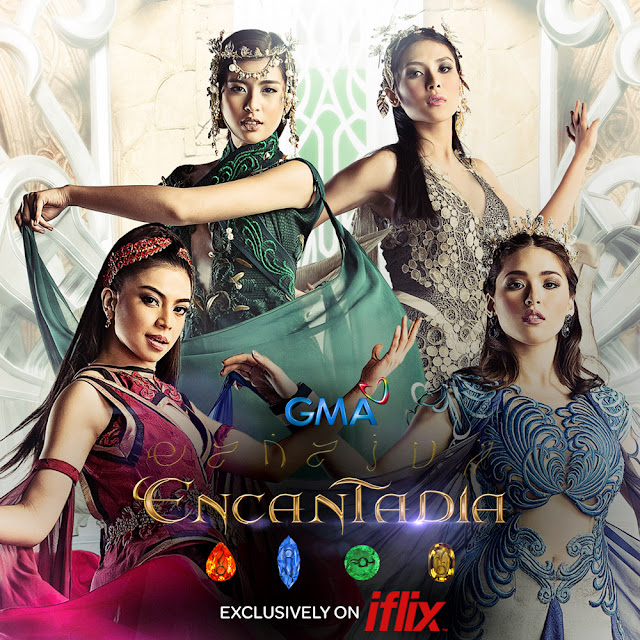 I've been watching this show since it started and have been able to talk to the Sanggre's in one way or another. Everybody was excited when this was in the works and sure enough, it proved to be something that people wanted to catch every night. Unfortunately I too have events to cover and sometimes arrive late at home so I do miss an episode every now and then. Thanks to iFLIX though because I won't be having that problem no more. You see, once an episode shows on public television, they go ahead and upload it to the system 24 hours after it airs. That means if you miss one, you don't have to worry because it'll be at the iFlix library the day after. Aside from that, you won't be missing any scene because you can literally rape the replay button whenever you want, wherever you can stream iFlix on the Smart network!

Think of Marian Rivera, Glaiza De Castro, Kylie Padilla, Gabbie Garcia, Sanya Lopez and Dingdong Dantes in one place. They're also showing the episodes now where Pirena is becoming a little evil, so just imagine how the story is going to be interesting once that it's told on this remake/reboot. You'll also love Ruru Madrid, Rocco Nacino and the other artists included in the mix. Go subscribe to iFlix now or if you haven't tried it yet, take advantage of your free days upon signup in iFLIX. I'm enjoying it a LOT and never miss an episode of Encantadia. You shouldn't too.

Download iFLIX on the App Store and Google Play. You'll never regret it!