The Women of Camp Sawi 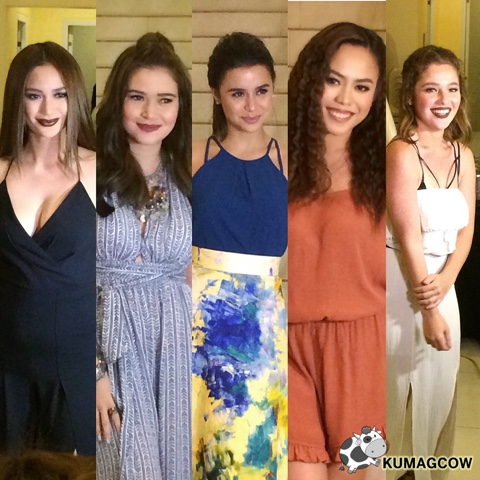 This film has been connecting to this generation in a massive way. For those who have loved, hurt, lied upon and are still in the process of healing, Camp Sawi is but a refuge set to be a cure to the lifelong mystery of "how to move on". The cast is an ensemble of equally interesting women who had in one way or another had gone through struggles themselves. How do they play the role of these women? Is there some weird connection with their real life personas? Or is this a dream? Or is it just their past haunting them too? Here are some snippets of their interview during the presscon a few weeks ago. I saved this in case they were doing the premier night already (which was a while ago). I didn't get to go because of the rain, but here's some of the things they said about this film and about their lives that might interest you. Just a few things that I picked up!

"I think I've been very cautious after that failed relationship, I was thinking we might talk, and get back together. I went back to who I was but a little smarter because I know what to do already. My character is in love with Dennis and it's really a good thing to have a small part of yourself in the role so people would still recognize that it is you, and how you are as an actress. I hope there really is a Camp Sawi because everything else has a cure, it should be the same with those who are brokenhearted including your friends." - Bela Padilla

"You'll enter a bitter phase. But you'll later realize all that lacked in that relationship, learn to fill it up the next time I do have one. It's normal. It's going to make you stronger. Taking him out of the equation felt like life had no meaning anymore, I needed to find myself after I was blinded and I needed to know who I am as a person, to love yourself and never require a compromise. Being an actress, it works when I don't bring things like these to work. I understood myself more and make the character not that expressive. You get to know people here because there are no cellphone signals, you really need to talk and it's healthy. Camp Sawi is something that I did for myself. I explored, and I got to know about the country, and more of myself." -Andi Eigenmann

"I need the most important people in my life to tell me what I did, what I need to do and what I should do the next time. I feel I can now conquer anything in a relationship. I am stronger now. I feel it's a part of me, I know how to act like the person because I personally did went through that. I'm sure everybody had a heartbreak. We're often asked about opening a real Camp Sawi, they wanted it to come true and they have the actual are still there." -Arci Muñoz

"I don't want to get the character as close as what I experienced in real life. Hers is a different world than mine, the only similarity is probably the capability to love, but the rest are made like what I do in theater." -Kim Molina

"We also did a dance number and fit into the role of those who are in the "sawi" situation. It went a little viral, it cures everything when you're sad. It was fun doing that!" -Yassi Pressman

Camp Sawi will be shown on theaters this August 24, 2016. It's a stellar cast and moving on just mean helping others so you can help yourself. Mall shows will also happen in different malls, follow their official page to know more. I bet you're itching your hands to know how to really move on.... and judging from the people who watched it earlier, it's a good one!"