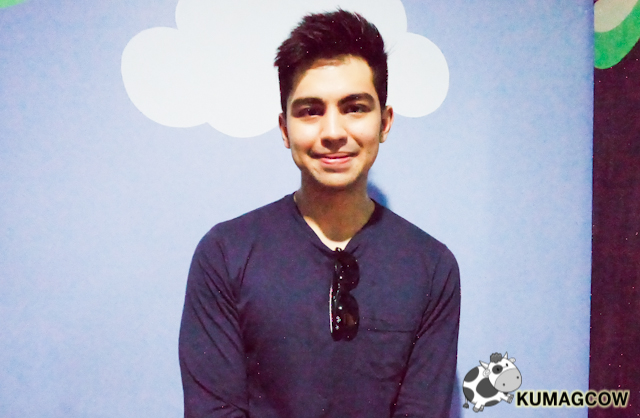 I see he's still one of the most underrated actors in the Philippines today.

Don't put any weight on that statement yet, because from where I'm seeing it, there's still a LOT of things people don't know about Derrick Monasterio. He just turned 21 a few days ago but he didn't spend it outside on a drinking spree like what's expected of young men who may have come of age. He did a good deed and decided to visit the Lung Center of the Philippines's Onco ward so he could get to spend time with kids that are suffering leukemia and other ailments. You might think this is actually a small thing he's doing but no, I saw with my own eyes how their faces lit up seeing a celebrity visit the hospital in his own time. I think in some way, the kids were a little inspired just by seeing him. He said something quite nice too during that small program they prepared for the kids.

"Being sick is NOT going to be a hindrance, please remember to get well and study, try to still get to school because when I was not doing anything, I thought I would still get further by studying well. It's like giving back for all the hardships of your parents. I know you are on your way to get better." said Derrick Monasterio. 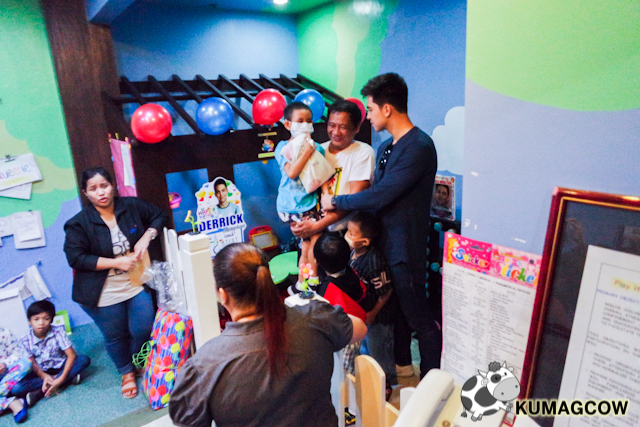 Then when it was time for lunch, Derrick didn't just sit in one corner, he made sure to make it a point to talk to the kids while they were eating. It was honestly cute to see him give them encouragement knowing how hard this is for them. The treatments, the things their parents are going through, it's a lot. It was a bit sad but the general feel was positive, I felt that moment was reinforcing the kids so they would feel encouraged to be better. I think that's what they need now.

We then interviewed Derrick about this, his future plans, the GMA Heart Over Hate campaign, and his recent addition to Regal Film's roster of artists. Here it is on video.


Derrick as he said on the video will be performing with other GMA Artists on OH BOY! together with Aljur Abrenica, Jake Vargas and Rocco Nacino. It will be at the Music Museum on September 23, 2016. He's also set to be in his own film with Regal Films, but have yet to confirm this with Mother Lily, Ms. Roselle Monteverde real soon. Derrick still has a LOT to offer and who knows, if he keeps this up he would get blessed even more in the coming years. He also hopes people would go and help these kids and their families too because you can just imagine how much they need to spend for treatments and stuff. His wish includes that the kids get better as well. You did good on this day Derrick!

He's a gentle soul, has a good heart and a very down to earth guy. He isn't your average joe because he's special. Happy Birthday Derrick! Thank you for always being so nice to me, it ain't getting unnoticed!