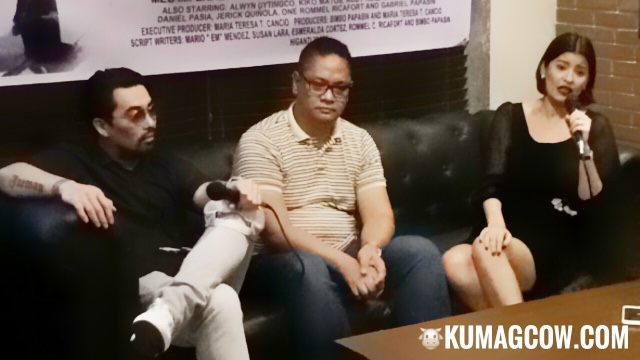 It's my first time to actually hear about this film, not to mention the film outfit that is producing it. Gitana apparently has already done several films and is owned by the same people who owns Goodwill Bookstore, a brand that has been in the Philippines for quite some time now. It's also my first time to get to talk to the film's stars Jay Manalo and Assunta De Rossi. They have worked in some films prior to this but they knew this was going to be special and hopes it will spark a comeback of action films in an industry that has been saturated with romcoms. Not that it's a bad thing but people deserve variety.

Jay Manalo mentioned "I don't really believe in revenge and always trust everything to God. Maybe in the movie you'll get a sense that he needs to do that. I don't think I need to give advice to Assunta because she knows what she's doing and if I need to I might have to talk to the guy. (Then I asked about what he's doing to actually look this good, he adds) I don't work out, I still do basketball and don't do vices and stuff. I still am naughty when I'm with fellow men, but it's just the normal stuff. If it looks like they're flirting, I will have to go away from that situation. For those who don't know I already have 11 kids from 6 women. I know how to handle things now because I think I know my life has changed because of my wife and my girlfriend (he means his daughter). They are my priority and I don't even encourage them to do show business because I don't want them to undergo the same things that I did. They sleep early and I don't let them watch me if I'm on tv or in the movies, but if they have the inclination to do it, I would rather have them finish my duties as a Father for them first, like their studies because I love them a lot." 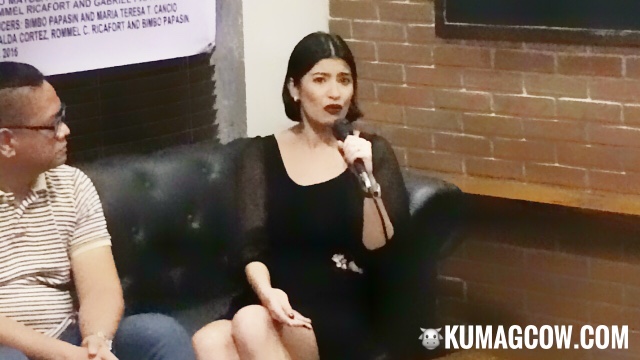 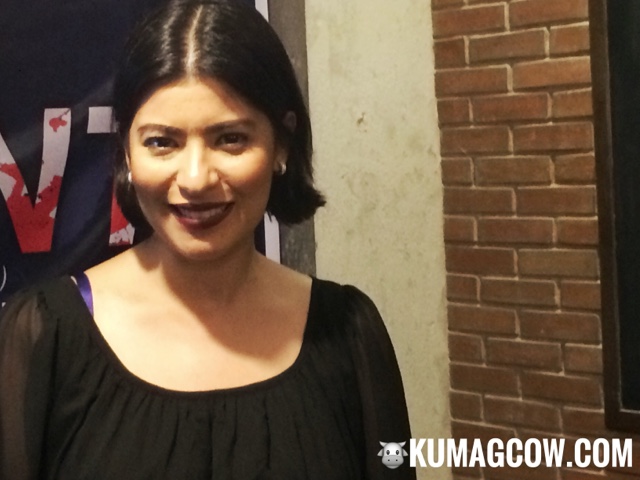 For Assunta De Rossi, she views revenge differently and quips "It doesn't necessarily need to mean like you have to inflict pain. Ever since, I was always a pushover but I always believe that if I don't do anything bad and don't wish ill of other people it will be karma to take care of them. The people who know you best are the ones who know you and you don't really have to do anything. I think it goes back to my parents who always trust people, and they treat everyone the same. When I was starting there weren't bashing like what we have right now but I experienced it already. It's a good thing to reminisce about those people who were not nice about me but you sometimes think about where they are now. If it happens to them, you'll realize NOT to do anything bad. Now about me, I do admit I have physical problems and we've been waiting for 10 years. I was always thinking that everything happens at the right time, and if it happens you just wish you follow what God has planned for me. Everything is falling in place now and I hope we'll get what we deserve soon, if he gives it to me. At least now there are a lot of options, I can plan, we can plan and we're thankful to afford the best care and we won't complain. I am blessed. I am 33, but I can't compare lives with other people. Mine is complicated and we think of a LOT of people. It's something we can't afford, time is precious and we're doing a different path and maybe later on become philanthropist and perhaps we could do more for people."


Here's the video of our interview:

This film will be shown first in Hong Kong, Singapore, Dubai so make sure you follow their Facebook Page here for more information and updates about the film. The film's showing has been confirmed March 22, this is the official screening on cinemas. The film also stars Meg Imperial, Katrina Halili, Jon Lucas, Kiko Matos and is produced by Gitana Productions under Maria Teresa Cancio and again Directed by Rommel Ricafort.