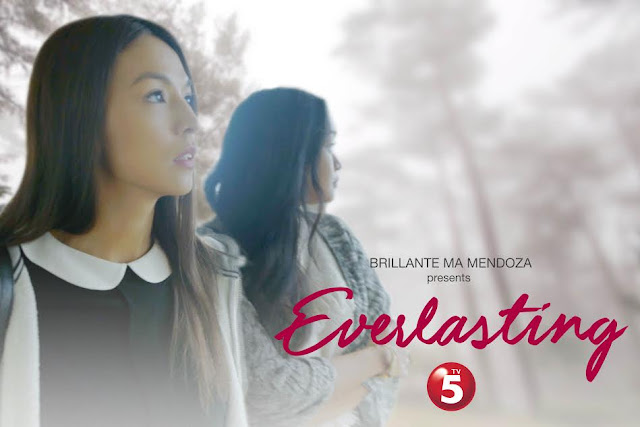 We wrote about this last December before the outing of the first installment of Brillante Mendoza Presents, of the world renowned visionary and Best Director at the 62nd Cannes Film Festival.

All Saturdays of last month, they've released TSINOY, which was brought about by the depiction of Filipino Chinese families set in the famous Binondo district in Manila. This time however, he's taking the story telling up another notch by doing a very unique tale of love of two women (played by Aubrey Miles and indie queen Mercedes Cabral) and the struggles arise when people follow their dreams, and go through the hardships of love. Almost all the scenes are also shot in Baguoi while the annual PANAGBENGA festival is ongoing. Direk Brillante's take on this story is different but will be telling it all in detail so you get to understand where the characters are coming from. How do you reason with a dream? How do you argue with love on the line?

This may just be another month where your Saturday evenings will get the brunt of how TV5 is disrupting the television space. Imagine watching quality movie scenes each week right in the comfort of your own homes, wouldn't that be nice? Well take the chance to watch the show starting this March 25, 9:30PM on TV5. You don't have to pay a single cent to see what a Cannes Film Festival awardee is doing on public broadcast TV. The show will also be tackling lesbian relationships so make sure you would always explain things to kids as the characters set off to find their real happiness. Now if you think this program is pushing the envelope, you're just seeing the second story... there are more!

Make sure you stay tuned to TV5 9:30PM every Saturdays on the Kapatid Network!

http://brillantemamendoza.com
Posted by John Bueno at 2:09 AM