I'm a shopaholic. I go from one place to another and buy specific things, or by bulk quite often. Whether it's clothes, shoes, groceries, it's not a problem with me because I enjoy doing it. It's like therapy and I'm sure I'm not alone right? 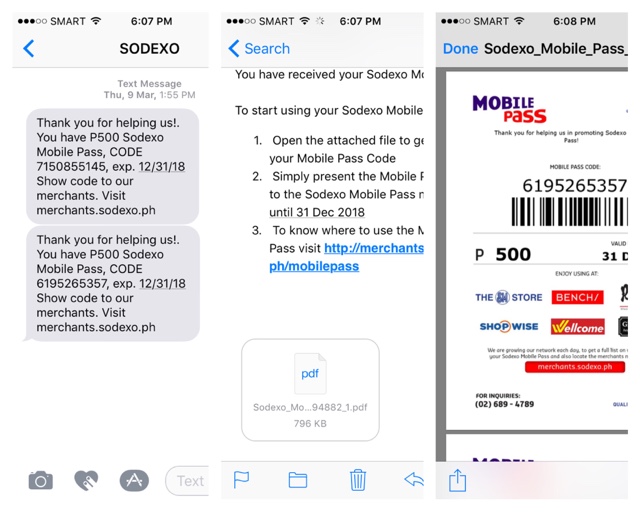 I received a message through SMS a few weeks ago and was surprised with a gift. It was from SODEXO, and it had a bunch of numbers in it which confused me at first because the only SODEXO I know were pretty much the SODEXO Gift Certificates, specifically the Premium Pass commonly accepted in their partner stores. The text message is actually a new service they've launched called SODEXO Mobile Pass and I was so excited to try it out on how it works. I knew the best way to do that is to go to 3 malls and buy stuff! I know we can get free advice from their official website where to go. So I took my phone, used Smart Communications LTE and browsed for the establishments that accepted SODEXO Mobile Pass which you can see here.


Everybody goes to SM (because they've got it all for you!) and I'm so glad that SODEXO Premium Pass is accepted in this mall. They even partnered with SM and have their own merchant GC's so I was sure the SM Mobile Pass is going to be accepted here. I was expecting that there will be some small hitches because as mentioned it is a new service, but I talked to the right people and guided to the installment terminal on the lower ground of SM Cubao.

Now the number on the text message is actually the number of the Gift Certificate. Just in case the machines can't process that by manually putting in the number on their terminal, you should show the email that comes with your SODEXO Mobile Pass. They scanned it on their terminal and I heard the beep, it deducted the amount and I paid for the remaining price. Now imagine if you are giving these to guests of an event, by merely knowing their phone number and email address, you can get them shopping just by showing these things on the counter. It was fast and I didn't have to bring papers with me. I just showed them the GC and number on the phone and it was good as cash! So I had to do more right? Right.


Now I saw Rustan's as partner establishment on their site. I always use my GC's in Shopwise because they are the same company. I haven't asked yet if they do accept the Sodexo Mobile Pass, so imagine my surprise when I saw this on the counter.

Doing groceries was a breeze and they even helped us pack stuff, put them in boxes and keep on the carts since we needed to shop some more. Shopwise closes 11PM so if you need to do your grocery shopping even at night, this place is super convenient. Their right smack in the middle of Araneta Center too, so if you are in nearby communities you can just park your car on the second floor, go down and shop then come back if you would need to do errands elsewhere. Which I exactly did.


I was hungry for shirts and shoes and of course where else to go but BENCH. They just concluded the Bench Fashion Week and even included one of the world's finest Male Supermodel and World's Sexiest Math Teacher Pietro Boselli. I was there and did my best to take notes what to wear from the Spring Summer 2017 collection. Pietro wore this. 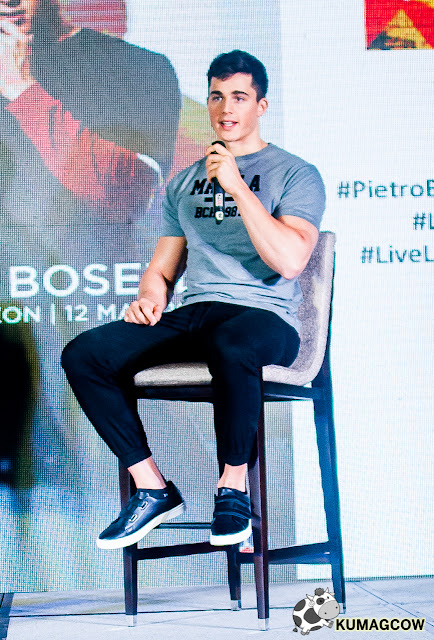 So I did the natural thing to replicate what he wore that day. I think I've got that Manila shirt on point! 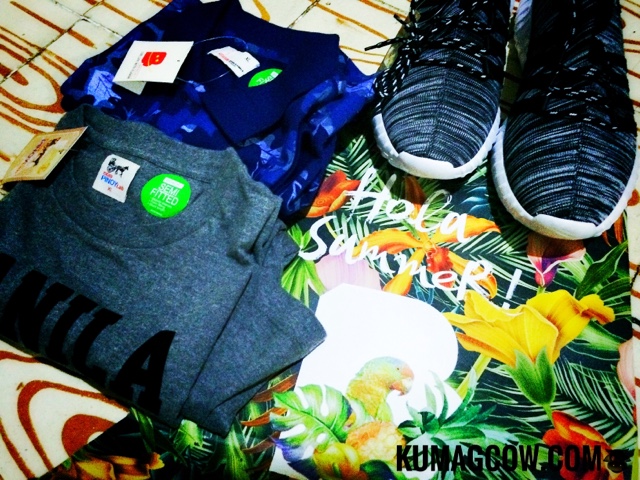 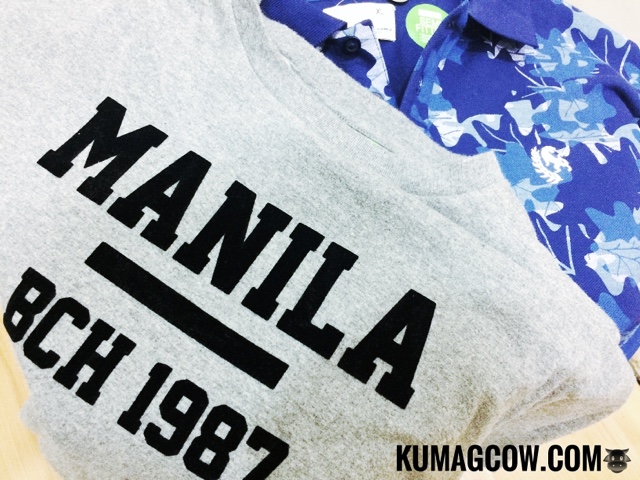 Now I suggest you actually show them the SODEXO Mobile Pass and email that came with it early on before you do purchase an item as I see they are still rolling out the service on most BENCH stores. The large ones in huge malls actually accepted it and I didn't have any problems at all. I could see in the near future, all their partner establishments would easily have these transactions work just like their SODEXO Premium Pass.

Here's more reason to note why it's a good idea! 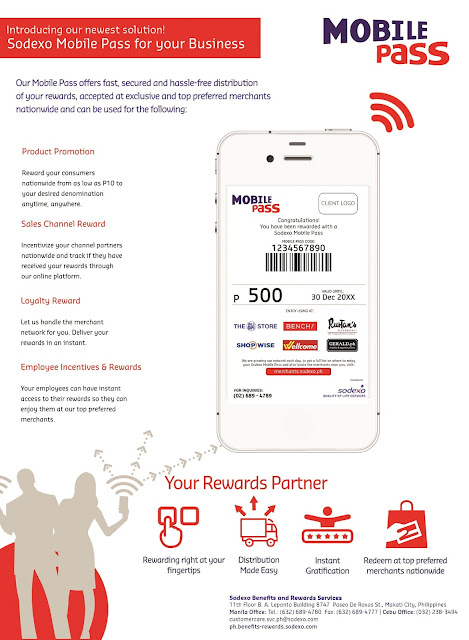 I believe in the convenience this has brought to me, and if you think about it, we're in the digital age where killing trees (since that's where paper comes from) is so passe. It's good for the environment, everybody has a cellphone, everyone uses data especially in the metro so make sure these holidays to take your presents, your GC's a SODEXO Mobile Pass. I know because I just did and remember, this is the best Gift and Reward for your Employees, Customers and Partners. Do the right thing. You may go to their website here or the channels below for more details.

http://merchants.sodexo.ph/
Posted by John Bueno at 10:00 AM