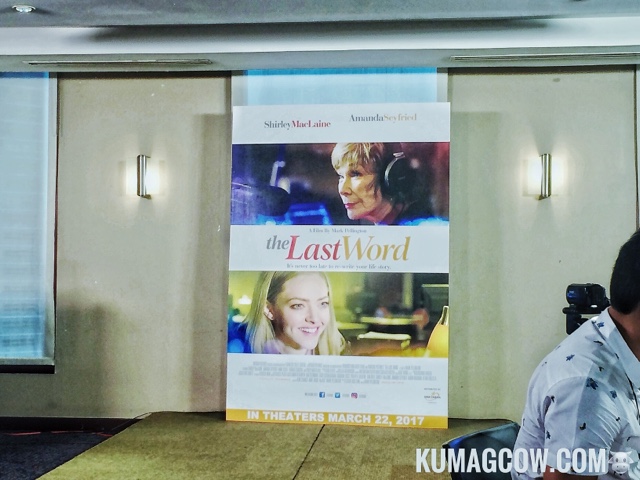 What do you think your closest friends would tell people if every you would die? Have you been good? Have you been naughty? Will they tell you off and be glad that you died? Well that's exactly what Shirley Mac Laine in this movie is going through. If you were a writer, what would you do if all the people you interviewed can't even say one good thing about your subject? What would you do if you were in their shoes? 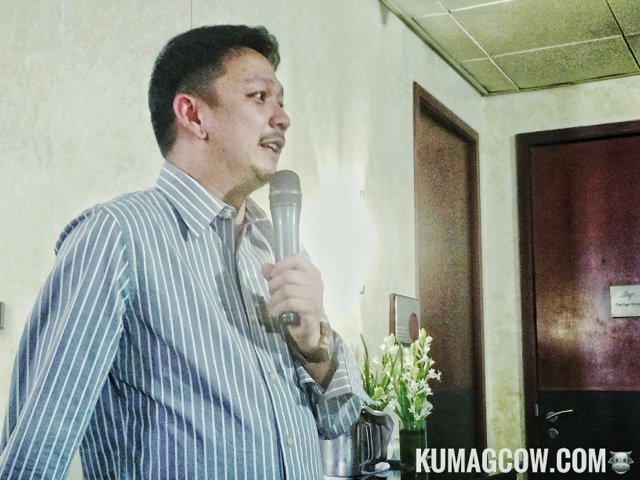 "Kung Fu Yoga earned 130 Million in the box office locally and this is our second internationally released film. The Last Word already have shown March 3 in the US and we're asking for your help as Star Cinema will be releasing Asian and American movies which we will announce later. This movie has been acquired when it was only a script. This is about a strong woman who wants to rewrite her life and is perfect for Women's month. Amanda Seyfried plays Anne Sherman tasked to write the obituary for Harriet Lauler, but finding out in the end that it's a hard task because she was pictured mean, and everyone was glad to have her dead. This will be shown on March 22, 2017 and is a good family film. It also has been praised at Sundance Film Festival and Star Cinema wanted to be one of the few who would do screenings abroad. The plan is also to release about 6 more this year, that's part of our vision. Perhaps soon, we'll get our selves involved in production and get our own stars there too. Nothing is impossible!"