7 Reasons Why You Should Watch “ANG BABAENG ALLERGIC SA WIFI”

Just like my previous movie posts, I don’t want to spoil things for you but I like what I saw in the movie ANG BABAENG ALLERGIC SA WIFI. Here are 6 good reasons to watch the film, I would recommend this to romance fanatics, it’s full of that and a LOT of HUGOT lines in between (not the old kind).

1. MUSIC - The music selection is SO GOOD, too good that I’ll buy if they have it on streaming apps.

2. THE EYES - Sue Ramirez has always been gorgeous, her eyes is a dead giveaway. There’s something about her, her soft features, very likeable personality makes her so good on romantic films. 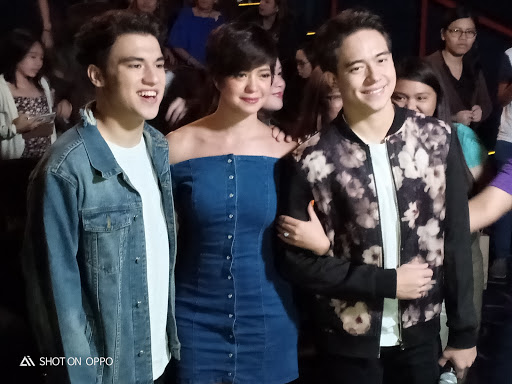 3. ROMANCE - Jameson Blake is good looking, has flawless skin, and cracked up jokes about shoutouts during the screening. Aries felt like him, toned down geek, hopeless romantic. He did good. The situations of romance in this film would make you understand that even in love, lies and deception are included.

4. BUTTERFLIES - His confessions on love felt sincere, how he hurts and realizations. You’ll have butterflies in your stomach. Maybe your shoulders. 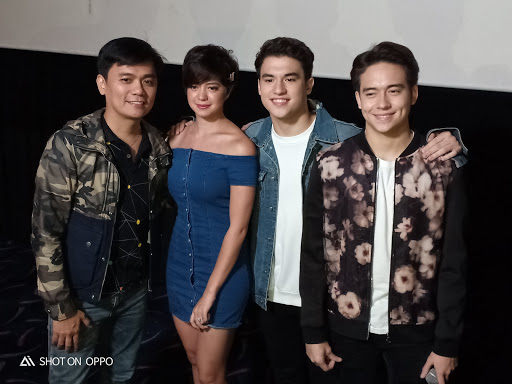 5. NEW ACTOR - Markus Paterson is a revelation, it’s my first time seeing him but he’s a good chap. Good looks, acting, singing, I bet he’s going places. Though tis a good thing seeing them raw, as this is his first film.

6. SHORT (stint) BUT SWEET VILLAIN - Adrianna So has done two movies this month, character roles done impeccably well. She’s evil and conniving in this film, so be careful if you see her on the scenes. 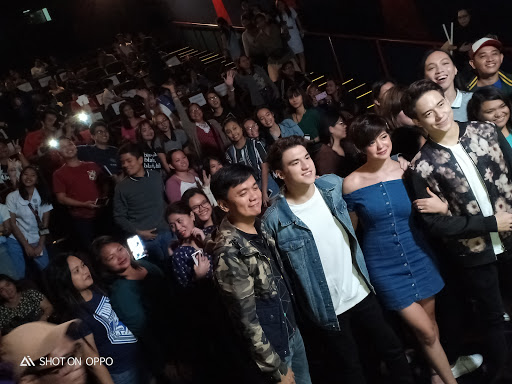 7. INSTAGRAM WORTHY - This might be the first time Cignal Entertainment, Octobertrain Films and Ideafirst Company has produced a film together, but boy it looks good. It’s a light romantic drama film but you’ll love the shots, much like that Siargao movie, it’s like Instagram on steroids.

Is it worth to watch? Definitely, because you still want to dream of love, to hope, to still believe in it even if circumstances make your nose bleed. To filter things in your life; fake news and all, to confirm the realness of the feelings, so if this is the foundation of your relationship, you won’t have to waste each other’s time. Do not curse me for not spoilin the ending, you need to watch it to see why.

This movie is an entry for Pista ng Pelikulang Pilipino 2018 which will run from August 15-21, 2018. This is also directed by the award winnig Jun Lana. Again, it’s worthy to watch.

I love this for it’s merits, it’s Graded A by the cinema evaluation board with good reason. Trust me on that.