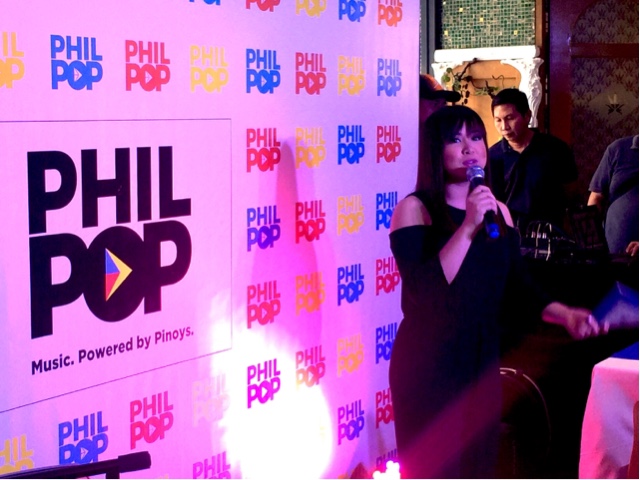 After a long ardious process of auditions, mall tours and activations in cities across the country, PHILPOP 2018 is finally headway. Recently, they also announced the 30 Finalists who will pit against each other to vie for the best song this year.
Maestro Ryan Cayabyab says “We welcome you all, thank you to our sponsors, the MVP Group, Maynilad, Meralco. This season, this is the most exciting 30 finalists, they will be cut down to 10 and you will see that journey unfold over the next few weeks. We have some finalists who came all the way from Visayas and Mindanao. They only have passed with the merits of their compositions, we blindly listen to them because this is also voted by the public, students, composers and music aficionados. I am very optimistic but we have no prediction what song will be a hit. Now the system is democratized, every one has a fair chance but doing this will push for new ideas of young songwriters. Most of these guys are newbies and the people need to hear them all. We are finalizing the process how to choose the top 10 but it will all fall on the streaming of the songs, we will know on November who will be part of that. This is exciting!” 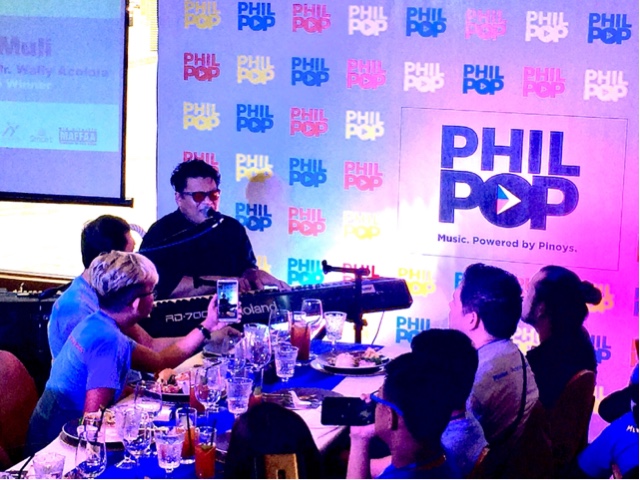 This was chosen among a thousand entries, so just being included in this list is a great feat.

Noel Cabangon says “We present to you the 30 finalists of PhilPOP, thirty songs, coming together to sing and entertain the Philippines. They will continue to encourage more Filipino music and every generation they have a story to tell. Thank you for supporting them. This coincides with the week of Filipino music and the thing we did in the OPM summit 2013. Now every last week of July will be celebrated with that. Filipino music is alive and this is a testament of that. There were a lot of good entries and choosing them was a rigorous process. ”

Architect Renee Bacani of Ortigas and Co. says “We want to discover more of you, we want to support the arts and meet all of you. We will have listening booths in our malls, here in Estancia and our other ones (Tiendesitas and Greenhills) in Metro Manila, thousands of people will listen to you and get to know you. I hope you continue to do what you love and share it with us.”

Soon they will also announce the top 10 finalists, but just the same these guys will already get needed exposure in Ortigas malls, airplay on some radio stations and streaming sites. Stay tuned because hopefully, we will also get to cover that come last quarter of this year.

For being just part of the 30, congratulations! I’ve heard snippets of some of the songs and I think they are all good contenders. Surely, POP is alive in the Philippines!