#KathNiel for The Hows Of Us 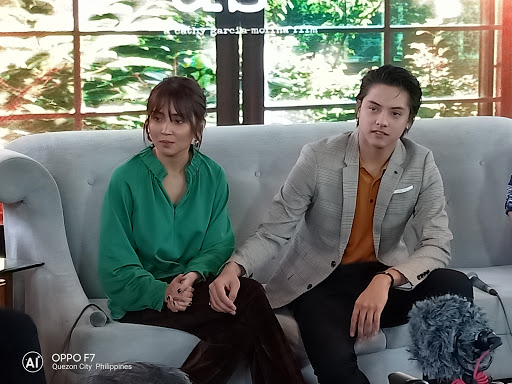 This is the film most awaited by fans and just about anyone I know. I think we were just so hungry about updates, the teasers alone gained thousands of views, and we know why. It’s because the most popular loveteam in the country is in it, who wouldn’t love #kathniel. Mind you Darren Espanto, Susan Africa, Jean Garcia, Kit Thompson, Ria Atayde, Alwyn Uytingco, Juan Miguel Severo and a lot more will be here. 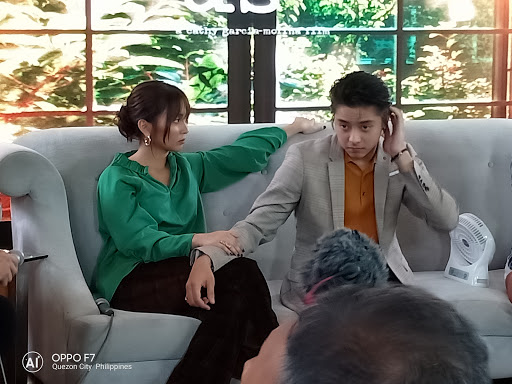 They will showcase the love story of Primo and George and how they try and save a love that lasted for years - when you try and give reasons to stay, but fall on a thousand more reasons to be in separate ways.

Direk Cathy say “They are matured now, it’s not easy to make them cry, in the same manner you get tougher in life and it’s simpler in the past. You will see another layer with KathNiel, I did not direct Daniel Padilla here, he just did it. He has grown and I am proud of him. They have never dwelled on matured roles and Inwas warned not to do this but I did it in this film, talk about s3x, relationships, but not into something that is not needed in the film. I have kids so I won’t make something they couldn’t watch. How honest can I be? I needed to see something new from them, they had previous projects with a different feel, it’s why we are doing this story. People doubt the capacity of my artists especially Kathryn, it’s why she did it with flying colors. It’s not just a story, this is more because it’s a slice of life, from young years til they mature. It was a challenge for all of them and it’s one of the reasons why we did this. KathNiel fans want HURT, they ask me to do something that would make them carry towels to cry on in the movie. There is romcom, the end though has a twist.”


Kath adds “Every time I make something I ask if it will help, but not to the point of safe, some skin once in a while so you can go out of the box. I take my time, I don’t hurry growing up. Yes we did also have things to do to save our own relationship in real life, I made the right choice because even if we want to make it perfect it isn’t, we grow and move on. The secret with us? You grow together, you don’t give a reason for it, the things we fought two years ago isn’t the same today, just not too much of our lives, we have separate ones but we are so good when we are together. I think it shouldn’t be just us all the time, we have support systems, we have friends, we have families and it is an effort because I know people miss him too. We are here because we have the reason to stay and why we grow together.” 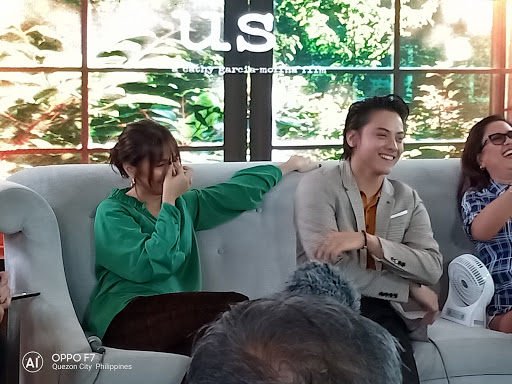 Daniel says “It is always a decision, I am not a love guru but I always go back to the reason why I loved her even if there is a problem now, where we are and where we are going. Some if the scenes here are from Kathryn and I’s own experience. Just think how hard the material is, it’s difficult and has more instructions so there is definitely a change in her direction style. Do we get tired of each other? Yes but she’s part of my everyday, we still have a lot to do and we are in the next level of love, next level of relationship. We see facebook worthy relationships, but love is different for every person, it’s a 24 hour job to be a malupit na boyfriend, I struggle, it’s a problem when that happens because it should be always difficult. In this industry, it’s been a while but in life I still have a lot of things to accomplish. I am always serious when I am in a relationship, otherwise you just do rock and roll. That’s the plan, Kathryn makes me a better person. Other than kilig, I found why I lover her.”


Again, make sure you fight for movie tickets this coming August 29, 2018. If you’re not there, they will hunt you down haha! Though really it will be a good one, it felt like it while they were talking about the film at the press conference.