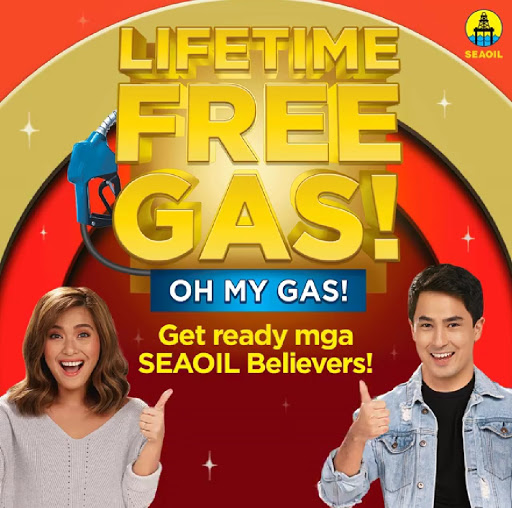 It’s SEAOIL’s 40th Anniversary, they have been putting importance on their journey. Francis Yu, the CEO himself worked in a gas station during college. During those years, he saw how it was inefficient it was at work and knew if he had the opportunity to be in the oil industry, he can do a better job. In the past decades, he knew he made some mistakes, but in each situation, he has learned lessons. He implemented it to his company, and has never stopped ever since.

Now SEAOIL’s special 40th year seal has the sun’s rays, water underneath which symbolises what is right, and the other for innovation. They are the current leading independent fuel company in the country. With 400 retail stations, 10 depots, they make it accessible and easy to reach tested thrice daily and has stp additives. Even if you pay lower, you’re getting better fuel. They will continue to do this expansion in the next 3-5 years, so you will see more of them very soon.

Aside from that, their excellently accepted LIFETIME FREE GAS Oh My Gas raffle last year is making a comeback. From August 18 to September 18, then October 18, til November 18 (2 winners), which are 3 raffle draws respectively. You just have to be a SEAOIL Believer, purchase 500 pesos to get tickets, be 18 years old and above, and a Filipino citizen. Register through online forms or our dropbox registration. If you do both then you’ll get twice the opportunity to get that Lifetime FREE Gas. So head on to lifetimefreegas.com to do that now.

I am not even joking, go and ask the nearby SEAOil station about last year's winner if you don't believe me!