There's something to look forward to this coming week on GEM TV Asia aka GEM. All the Anime and Japanese show you love will be here, including the recent I CAN SING IN JAPANESE 2018 episode where our Filipino trio of Michael David Bodin, Bernard Palad and Girltrends Krissha Viaje joined the competition as Philippine All Stars.

Tony Belle of Animax and Gem “GEM used to be an Asian Entertainment channel. We got so much content now on our Japanes portfolio, we have Anime now and is available in the Philippines. It is available in SkyCable Silver and add ons. I CAN SING IN JAPANESE 2018 is an annual contest done NipponTV, now we have on ground and online auditions. Krissha joined in 2017 and represented the country, she was sent to Japan to compete. She didn’t win that time but have rejoined in 2018 with a team and that’s how they won.” 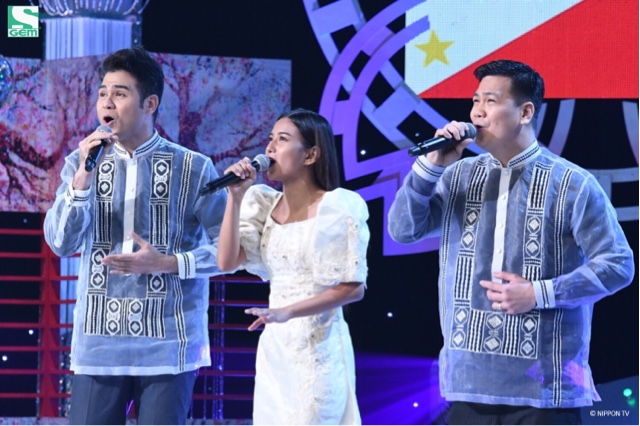 Krissha Viaje says “It wasn’t my first time, I auditioned in Singapore back then but didn’t win. I joined two guys as a team and we lived in different places, one was in Kyoto, one in Saitama, and me in Manila. I didn’t know how to speak Japanese but got exposed to Anime and that got me interested in Japanese music. It felt easy for me to sing that way after doing that. Before we did sing our own choice of songs but they suggested one song and we self studied. We only had two days to rehearse, but we were so glad to have been able to do that. I barely speak Japanese, it’s very hard but I did try and study it. I just listened to it over and over, they were really super nice and asked me if I had issues with diction and words, I was so confident with them. I didn’t have the chance to actually sing in Showtime and usually only dance, this was just an opportunity that I couldn’t pass. I enjoy dancing don’t get me wrong but I would really love for my singing career to start. I wouldn’t mind if I would be given an opportunity also in Japan, it just depends on how it will be talked about in the contract.”

The show is interesting and unique, only foreigners are allowed to join and the Philippines is one of them. This started in 2011 and has been shown bi-annual in spring and fall. It will be shown in the Philippines this August 12 7:30PM on GEM TV Asia. That's Channel 116 on SkyCable and Channel 129 on Cignal.

Make sure you root for the Philippines as our trio tries to get that championship, watch them win!