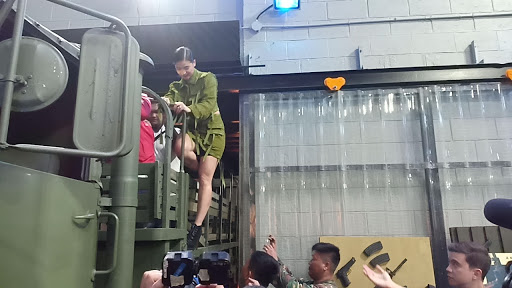 You've all heard it from people who had one way or the other have watched BuyBust - from advanced screenings or the premier night. Imagine how much time, blood, sweat and tears have gone into making this movie starring an ensemble case and Showtime mainstay Anne Curtis. Today, August 1 is it's official public release. Before that, let me share a couple of things you would need to know before watching the film.

1. YOU ARE THIRSTY - The only action flick most pinoys probably are having right now is that Coco Martin show on TV. Making action films cost a lot. This one costs 1.6 Million US Dollars (at least according to their side comments during the presscon). Most of the money went to building the set, marketing and putting this on a Hollywood fit. This is going to be shown also in other countries.

2. IT HAS FLAWS - It’s not a perfect movie, you still see new paint and construction even from the back row. It’s dirt and grime that actually make this feel realistic. The movie is tiring, you’ll be at the edge of your seats sometimes, but this makes it all exciting. You’ll be in one situation, then the next, then another, and that makes you feel the rush. It will make you feel involved while they shoot guns, fight, throw bombs at each other and be ultra claustrophobic. 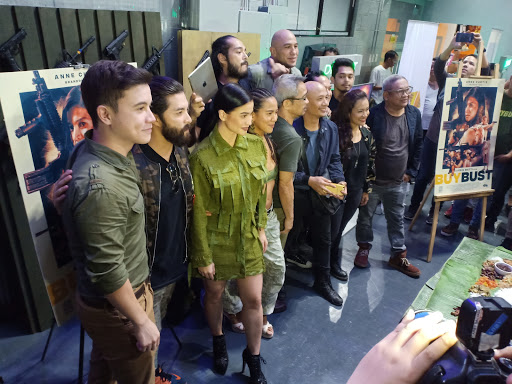 3. BRANDON VERA - This guy is one of the reasons you should watch this film. He’s hard as a rock, you’ll feel every kick he does in this movie (especially that woman he kicked through the side). Although there were a few “should have been shot again moments” like the tight place where he should have been throwing punches with women (but he ends up just swishing them all), he was just too big for everyone. I love when he means to really kick and punch people, it bleeds authenticity. It's like seeing a whole log hitting the little old frail body of a woman, not even joking.

4. ANNE CURTIS - Truth be told I was skeptic with her doing the action scenes, but this woman really delivered. There may be sequences where you may feel she just needed to do more, but think about it, she’s a lady doing action scenes which isn’t a norm in the Philippines. If this is a start for her, I would want to see her do more of this very very soon. She’s damn pretty in close ups, and outstanding in much of the choreographed stuff so don’t blink when she’s hopping from one roof to the other. 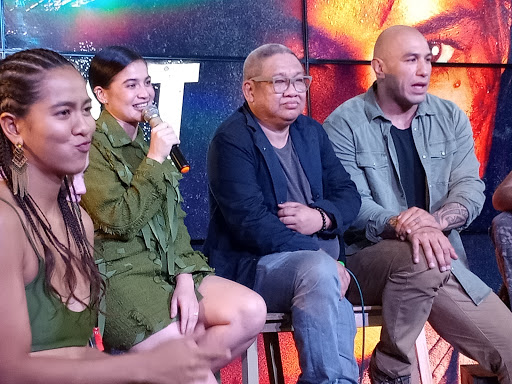 Erik Matti says "We didn't know how to actually finish this film in February but we did. When the rights to the film was bought in the US we just had to finish it, and I am thankful we finished this masterpiece. I think we wouldn't have finished this if we didn't get someone as physical as Anne, because of her stamina she can run, climb up, fall off of it, it's not easy but this is by far the most difficult one to shoot just for Anne but imagine the others under the rain everyday. Working with Viva and Reality Entertainment, I got what I want and have the trust of my actors. I rewrote the film as we were doing it, it was fun and they knew why they had to do it. We had no divas, we have Marawi soldiers also in the film, so we are honoring them."

Anne Curtis says "It took us to finish 57 shots to do a three minute scene, we had to rehearse 5 days before that. I never thought of even quitting, I was frustrated to do scenes because they get delayed with their moves. I went to showtime with bruises and wounds, I also got punched in the face by a man. I didn't want to cry, even without the camera, I cried later on though I had so much fun. Erwan took care of me when I went home, he saw how much effort I put in on this. This took two years of our lives to shoot, we brought our best to the table every day. I hope people would get to see that."

Arjo Atayde says "My role here is a secret, it's a supporting role (Erik Matti interjects and says you wouldn't know when he's there and you'll see that happen)." 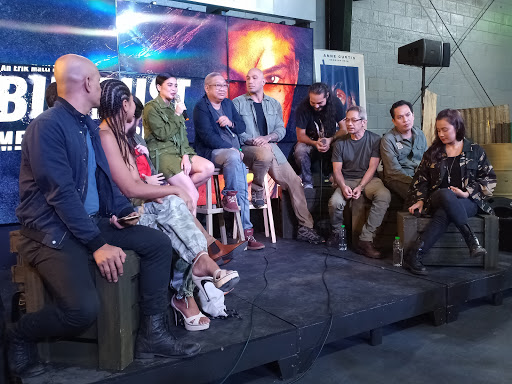 5. THEY OVERDELIVER - You want action, they give you action, a rollercoaster of emotions, liters upon liters of blood (hence the R16 rating), tons of gun powder, drama, oh and ALEX CALLEJA.

Wooh! I survived without telling you a spoiler! Now go to your favorite movie house and watch BUYBUST. Worth every penny to at least make you excited over a Filipino film, it’s been ages.

Trust me on ALEX CALLEJA.

KUMAGCOW
Fresh Blogs Fast!
Posted by John Bueno at 12:09 AM