A Message of Peace from DS Loren Legarda this Eidul Adha 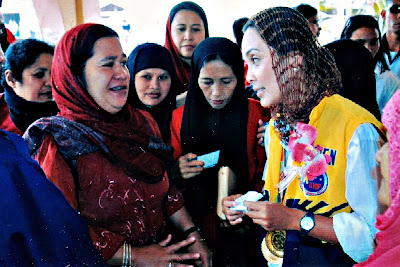 As announced by the Malacañan Palace, the 20th of July 2021 has been marked as a holiday for "Eidul Adha" or Feast of Sacrifice across the country. It also marks the end of Hajj or the pilgrimage to Mecca. It's also one of the largest occasions for Muslims worldwide marking the the willingness of Ibrahim to sacrifice his son Ishmael (also known as Abraham and Ismael) as a form of total obedience to God, but God intervened and used sheep for  the ritual instead. During this time, our Muslim brothers and sisters reflect on the act and offer special prayers.

In  a recent post, Deputy Speaker, Former Senator and Bai A Labi (Honorary Muslim Princess bestowed by the Marawi Sultanate League) Loren Legarda sent her wishes to the public in celebration of this day. She says "I hope the values of selflessness, obedience and faith would bring us peace, blessings and harmony. I join our brothers and sisters in the Muslim faith in commemorating the Feast of Sacrifice, Eid Al Adha Mubarak!"


Here's her full message on video from her Facebook page:

May we all see the value and reason why this has been celebrated for centuries and hope today, we remember it all so we become better, selfless individuals. May your homes be vessels of peace, devotion and be full of blessings! Eid Mubarak!